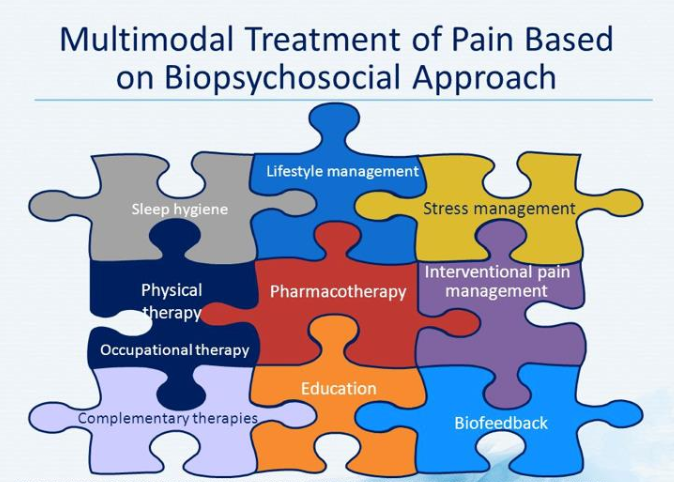 Like all public health departments, SFDPH collects and analyzes local mortality data. A disturbing trend emerged between the years of 2010–2012: in the city and county of San Francisco: overdose deaths related specifically to prescription opioids began to skyrocket.

A surge in deaths related to pain drugs is far from unique to the Bay area. According to 2017 CDC data, 130 Americans die every day from an opioid overdose.

What is notable is the way that SFDPH officials responded to the alarming stats. They prioritized the development of novel strategies to address their city’s growing opioid crisis with solutions that aimed to meet the unique needs of their community.

The same data showing the surge in opioid overdose deaths in San Francisco also showed that nearly 45% of those deaths were clustered within two specific neighborhoods: the Tenderloin and South of Market (32.5% and 12.4%, respectively). Both districts have high proportion of residents living in poverty and residing in single room occupancy (SRO) hotels, as well as high rates of opioid-related drug arrests.

The percentage of TWUHC patients taking prescription opioids was   between three and four times higher than average across all SFDPH clinics citywide.

SFDPH provided both a lead physician to develop the program, as well as funding to hire a dedicated program coordinator. The DPH team partnered with researchers at UCSF’s Osher Center for Integrative Medicine, with the goal of evaluating the new program’s effectiveness through a nine-month pilot study.

“If we’re launching a new clinical service, how do we figure out if it works? That was the initial impetus” for the UCSF partnership, explained Maria T. Chao, DrPH, MPA, Associate Director of Research at the Osher Center and lead author of the Journal of General Internal Medicine study. 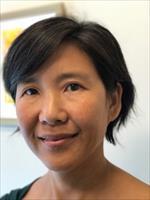 “It’s where my role as a public health researcher came in, trying to layer the clinical program with rigorous evaluation,” she said. The study would also contribute to the sparse literature on integrative pain approaches at safety net clinics serving indigent patients.

In its first year, IPMP was open to patients who had experienced chronic pain for a duration of at least three months, and were currently using a prescribed opioid drug.

The program consists of a core 12-week protocol centered around weekly “home group” visits, at which patients met to learn from a variety of clinicians and health educators about topics including drug-free pain therapies, physical movement, nutrition, mindfulness training, and peer support.

Chao stresses that the goal was never for patients to quit using their medications, or even to reduce usage––but rather, to explore new, alternative and non-pharmacological techniques for treating pain.

Her study focused on IPMP’s initial year of operation, utilizing a quasi-experimental design to compare the outcomes of IPMP participants (n = 41) against another group of eligible, interested patients who had not yet enrolled in the program (n = 20).

The Tom Waddell clinic serves a diverse community of under-resourced patients marked by high rates of poverty, homelessness, chronic disease, and substance use. Thirteen percent of study participants did not have stable housing, and 96% reported coping with chronic pain for more than a year. Relative to the comparison group, IPMP participants had “less optimal” mental health and were generally prescribed lower opioid doses.

IPMP patients completed validated surveys of pain-related outcomes at entry, three months, and six months. Additional patients who met all eligibility criteria and were interested in IPMP, but could not immediately enroll for various reasons, were also invited to complete the pain surveys at baseline and three-months, forming a non-randomized comparison group.

The UCSF team looked at two primary measures: changes in outcomes for IPMP patients versus the comparison group; and pain-related outcomes among IPMP participants who attended fewer than eight home groups sessions versus those who attended eight or more group sessions.

Chao and her colleagues found that IPMP participants showed statistically significant improvements in pain interference (with daily life activities), pain intensity, social satisfaction, and global mental health, at both the three- and six-month marks. The most notable improvement was a 22% boost in “pain self-efficacy,” defined as a patient’s ability to manage and function through daily life despite experiencing pain.

No significant changes were observed in the comparison group for any patient-reported outcomes, with the one exception of improved physical functioning reported at three months.

Furthermore, IPMP participants who attended at least eight home groups (n = 26) reported greater improvements of most health measures, although the differences were not statistically significant when compared to those who attended fewer than eight sessions (n = 20).

The investigators say their work suggests that a “combination of community support and access to holistic treatments promotes an added level of safe, low-cost pain relief in patients on prescription opioids.”

The group that designed the IPMP pilot identified early on the importance of treating participants’ pain from a biopsychosocial perspective. 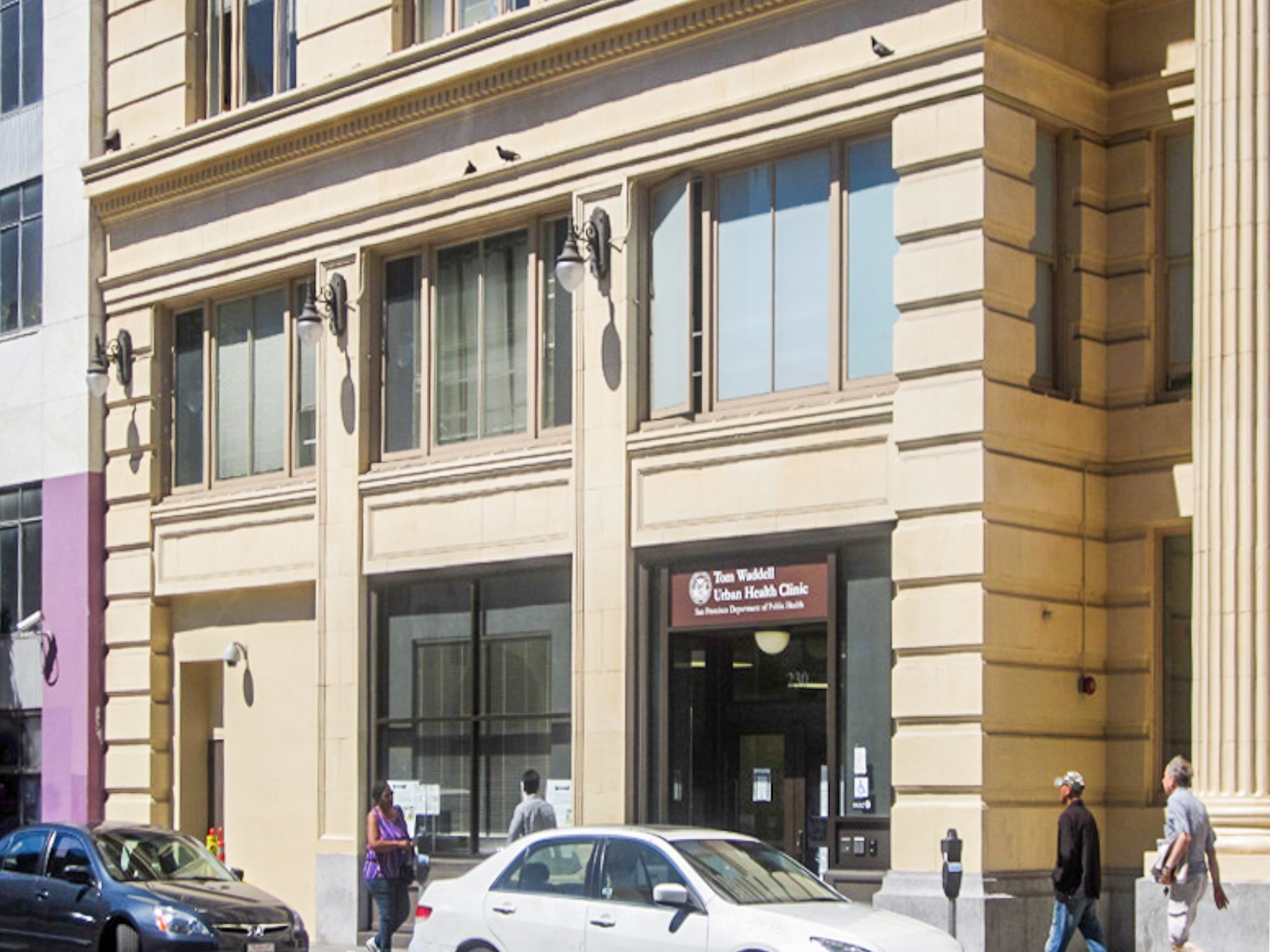 This model posits that while there are distinct physical factors that lead to chronic pain, it is also true that psychological states––including thoughts, emotions, and behaviors––all contribute greatly to the experience of pain. Treating pain through a biopsychosocial lens requires an innately holistic approach, using multimodal techniques to ease pain not only in patients’ bodies, but also their minds and spirits.

Chao states, “In many ways, we know what works. We know that pain is best treated from this biopsychosocial perspective––meaning, it’s not just about the physical pain. It’s really about, yes, the physical and biological mechanisms, but also the psychological coping––how we think about the pain, how we cope with the pain.”

Certain aspects of optimal pain management, she argued, are generalizable to any patient who is suffering. “The idea of treating pain from the biopsychosocial model is applicable to anybody and everybody,” she said, but the “nuances of what that biopsychosocial experience is, will vary from patient to patient according to social factors, economic means, and the types of life stressors that they have.”

Generally speaking, patients at clinics like the TWHUC are far less likely to receive integrative medical care than those who can afford to seek it elsewhere. This is another reason why this project is so unique.

First there is the challenge of finding qualified practitioners willing to serve poor, homeless, and often mentally ill populations. “You need people willing to do this work––willing to put their hands on a homeless patient,” noted TWUHC’s Kristina Leonoudakis-Watts, program coordinator for the IPMP. Then there’s the fact that use of complementary and alternative medicine is typically highest among women, individuals with higher levels of education, and those with higher household incomes. The patients at TWHUC generally do not fit that profile.

However, as Chao pointed out, “there are so many aspects of integrative medicine that don’t have to be expensive, and are incredibly valuable and important.” Ideally, she said, we must ensure that those patients with the greatest burden of disease have access to inexpensive, effective, evidence-based integrative treatments.

Non-Rx Options For All

Although the initial UCSF study is complete, the IPMP is still running, and continues to serve multiple patient cohorts annually. The clinical team remains steadfast in its mission to broaden access to non-Rx treatments for any patient receiving care through the city’s public health network.

In response to patient requests, IPMP now includes a graduates group to offer ongoing support beyond the initial 12-week course. The sense of community that patients find through their home groups is, for many, a huge source of healing, Leonoudakis-Watts explained. That was one of the program’s most positive and unexpected outcomes–-one that really surprised patients who initially hesitated to participate. “Sometimes, we’re the only positive people in their lives,” she recalled.

Her program also expanded its eligibility criteria in order to reach even more patients. It remains open to patients who’ve coped with chronic pain for at least three months, but current opioid use is no longer a requirement.

Additionally, IPMP now takes referrals from doctors at three other local primary care sites run by the city’s Department of Public Health. Longer-term, those involved are working to create another program hub at San Francisco’s General Hospital, opening up a second site to host its home group sessions.

Many involved with IPMP stressed that collaboration––between patients, practitioners, and community partners––was crucial to its initial and ongoing success.

“We are trying to change the culture of chronic pain treatment,” Leonoudakis-Watts said. To do that required an interprofessional, multidisciplinary group of healers and administrators who could come together and share knowledge from their many different perspectives.

Before the program’s rollout, coordinators took time to ask important logistical and philosophical questions about how to accept referrals, what educational content to include, and how to address the needs of both its patients and practitioners.

Beyond thoughtful program design, IPMP benefitted from the dedication of partnering agencies and city leaders who contributed funds, staff, time, and other essential resources vital to the project’s success. The program was also shaped by input from the local community it was intended to serve.

Acupuncturists and massage therapists stepped in to provide patient care, and health coaches from the nearby Integrative Health Studies graduate program at the California Institute of Integral Studies supported patients in working towards broader health goals.

From Chao’s viewpoint, it was the “incredible amount of institutional leadership and advocacy that made [the program] work.” But she acknowledged that, “that piece is not necessarily something that exists at every clinic” or within every public health department.

Chao says the IPMP study was one of the most rewarding projects in which she’d ever participated. She and others are working to further widen the program’s net by creating an informational toolkit for other health professionals to explain how to conduct home group visits, establish clinic protocols, and create flyers and handouts for distribution to program participants. They also produced a short documentary about the program, with the hope that these tools will assist others in replicating similar programs outside the SFDPH system.

The UCSF study is no less important a reminder that cost-effective, holistic, non-prescription therapies go a long way in soothing suffering for all people living with chronic pain.