A novel therapy targeting the gut microbiome could open new doors in the treatment of autism and other neurodevelopmental disorders.

Their report adds to a growing body of research indicating the presence of a critical link between gut health and cognitive function.

Microbiome is the Key 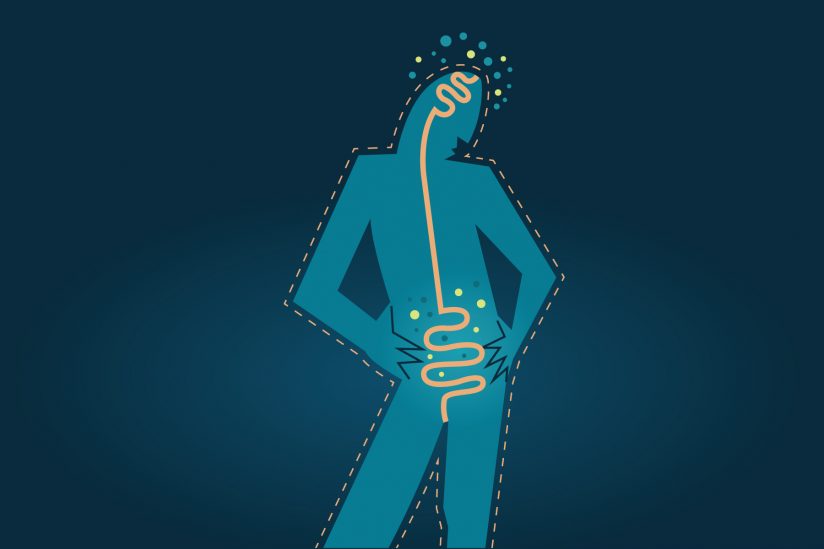 The ASU investigators published the findings from this initial pilot study in 2017, in the journal Microbiome.

Two years later, the ASU group re-evaluated the original 18 participants to assess the long-term safety and efficacy of MTT. They ran identical GI and behavior tests to those used in the first trial.

Several prior studies have documented abnormal gut flora in individuals with ASD, suggesting an important connection between intestinal microbiota and cognitive health. The increasing evidence of a gut-brain connection supports a potential role for microbiome therapies for ASD.

“Our study shows that the gut-brain axis is real,” said Rosa Krajmalnik-Brown, PhD, professor at the School of Sustainable Engineering and the Built Environment at ASU and one of the study’s authors. She told Holistic Primary Care that this research sheds light on the intricate relationship between the microbiome and the brain, though it does not explain the exact mechanisms that mediate this communication.

Typically, fecal transplant is used to treat GI disorders. There is evidence that it can relieve symptoms associated with chronic conditions like recurrent Clostridium difficile infection and ulcerative colitis. For some patients with severe C. difficile infections, it is literally life-saving.

Beyond gut health, it appears that FMT may also benefit patients with certain neurological disorders. Unlike pharmaceuticals that must be taken regularly to maintain effectiveness, FMT appears to confer long-lasting relief. This makes sense, given that the principle objective of the therapy is to seed the recipient’s gut with self-replicating probiotic microorganisms.

Children in the ASU study showed “steady and continuous improvement” of autism-related behaviors not only in the eight weeks after MTT, but throughout the two years that followed.

Rosa Krajmalnik-Brown, PhD, lead author and Professor at the School of Sustainable Engineering and the Built Environment at Arizona State University

Using several autism assessment tools, researchers determined that the severity of participants’ ASD at the two-year follow-up was 47% lower than at baseline, compared with 23% lower at the end of week 10.

At enrollment, 83% of these children were diagnosed with severe ASD, while at the two-year follow-up, only 17% were rated as severe; 39% fell in the mild to moderate range, and 44% were rated below ASD diagnostic cut-off scores.

Big changes in ASD behavior are big news, as autism symptoms generally remain unchanging over time, barring some kind of major intervention. The ASU team says the improvements they observed were “substantially more than expected for children with ASD over two years.”

During the two-year post-treatment period, most of the MTT-treated children showed a continued decrease in GI symptoms. That finding is noteworthy for a few reasons, including the fact that people with ASD commonly experience chronic GI dysfunction. The two conditions seem to be related. Mounting research suggests a link between autism and altered bacterial gut microbiota (Xu, M. et al. Front Psychiatry. 2019;10: 473).

All 18 participants in the ASU trial reported a history of chronic digestive problems (chronic constipation and/or diarrhea) since infancy, without any period of normal GI health. After the MTT intervention, the frequency of GI complaints dropped significantly.

On average, participants experienced a 58% reduction in GI symptoms (based on the Gastrointestinal Symptom Rating Scale [GSRS]) and a 26% reduction in days of abnormal stools, relative to baseline. The kids showed improvements in all GSRS subcategories, including abdominal pain, indigestion, diarrhea, and constipation.

Dr. Krajmalnik-Brown and colleagues found that MTT initiated important changes in participants’ gut microbiota, and this continued to evolve over time.

For many of the kids, fecal bacterial diversity was even higher at the two-year mark than it had been shortly after MTT, suggesting that the treatment initiated far more than just a short-term change.

“We were pleased and surprised to find that both the GI and behavioral beneficial effects of the treatment remained, and that behavior improved even more” during the two years post-treatment. The patients’ long-term improvements in gut microbial diversity also hold great promise for future ASD treatment. — Rosa Krajmalnik-Brown, PhD, Arizona State University

“Considering low gut bacterial diversity in individuals with ASD and other human disorders, an increase in diversity after MTT may reflect that MTT intervention successfully transformed [the] gut environment into a healthier status and led to a long-term benefit on GI and behavior symptoms,” the ASU group writes.

They also identified significant increases in several key beneficial gut microbes. The relative abundances of Bifidobacterium and Prevotella in participants’ feces remained higher at two years than at the study’s onset. Compared to baseline, median relative abundances of Bifidobacteria and Prevotella increased 4-fold and 712-fold at week 10, and 5-fold and 84-fold at two years, respectively.

An increase in Prevotella could be particularly beneficial to patients with ASD. There’s evidence that children with autism have lower fecal levels of Prevotella than neurotypical children. The ASU investigators propose that Prevotella may be involved in the production of butyrate, an important nutrient that enhances intestinal barrier function and mucosal immunity (Liu, H. et al. Advan Nut. 2018; 9(1): 21–29).

Krajmalnik-Brown‘s group also looked at the relationship between improvements in GI symptoms to ASD severity.

They identified a positive correlation between the percentage changes in participants’ scores on multiple autism assessments and the GSRS  (Spearman correlation test, 2-tailed p < 0.005 and r > 0.7).

That trend “impl[ies] that GI relief provided by MTT may ameliorate behavioral severity in children with ASD, or vice versa, or that both may be similarly impacted by another factor.” While the direction of influence is not yet clear, they argue that the correlation underscores the link between GI status and ASD severity.

They also acknowledge the limitations of this small study. Its open-label design meant the trial lacked a placebo control. Further, their limited data set does not allow the researchers to determine whether it was one individual aspect of the MTT protocol (eg. the bowel cleanse) or the combination of all the elements that induced the observed benefits.

Additionally, 12 participants made changes to their medication, diet, or nutritional supplement regimens over the two years following MTT. The impact of these changes on the observed outcomes is difficult to assess, but Krajmalnik-Brown says those were mostly minor changes and unlikely to have had more than a slight effect.

Overall, the preliminary data on MTT for autism are promising.

“MTT set the stage for improvements that these participants had never experienced before,” Krajmalnik-Brown says. For patients with ASD, and their families, who’ve also struggled with lifelong GI dysfunction, that’s a major achievement.

“We were pleased and surprised to find that both the GI and behavioral beneficial effects of the treatment remained, and that behavior improved even more” during the two years post-treatment. The patients’ long-term improvements in gut microbial diversity also hold great promise for future ASD treatment, she said. “This shows that we were able to repair the gut environment and that the effects were not transient, but long lasting.”

“The human gut and brain interact in complex ways, and abnormal conditions in the gut may predispose individuals to neurodevelopmental disorders. Our observations demonstrate the long-term safety and efficacy of MTT as a potential therapy to treat children with ASD who have GI problems, and warrant a double-blind, placebo-controlled trial in the future.”

Finch Therapeutics, a clinical-stage microbiome therapeutics company and maker of the FMT product used in the ASU study, is planning to do just that.

In April of 2019, Finch (formerly Crestovo) announced that the Food and Drug Administration (FDA) granted Fast Track designation to its Full-Spectrum Microbiota® (FSM) therapy for the treatment of children with ASD.

“With an estimated 1 in 59 children diagnosed with ASD and no FDA-approved medications indicated for the core symptoms of ASD, there is clearly a strong need to provide children and families impacted by ASD with an effective therapy,” said Mark Smith, CEO of Finch, in a press release. “We are very encouraged by the preliminary clinical data in this field and look forward to conducting the randomized, controlled clinical trials necessary to fully assess the safety and efficacy of Full-Spectrum Microbiota therapy for the treatment of children with ASD.”

Since MTT is not approved by the FDA, clinicians can’t recommend it to patients just yet.

“It is also important that we emphasize that this is not something patients should try at home,” Krajmalnik-Brown urged. “It requires professional administration and careful screening of the product being used.”

What clinicians can do now, however, is “recommend diets that enhance gut health and especially the gut microbiome,” she proposed.

“The take-away is that gut health and gut microbiota are important,” Krajmalnik-Brown explained. “Everyone should eat more fiber––fermentable fiber.” It need not be complicated. One can start by eating oranges instead of drinking orange juice.

“You are what you eat,” she said. Thanks to the recent advancements in microbiome research, we’re beginning to understand exactly why that is so.