Late last summer, the Drug Enforcement Administration (DEA) adopted a new policy designed to foster an increase in medicinal cannabis research. The Administration’s decision opens doors to a larger number of marijuana suppliers qualified to produce cannabis for scientific study, a shift that will arguably lead to broader and more comprehensive research into a drug which, despite widespread medical use throughout the country, remains highly controversial. 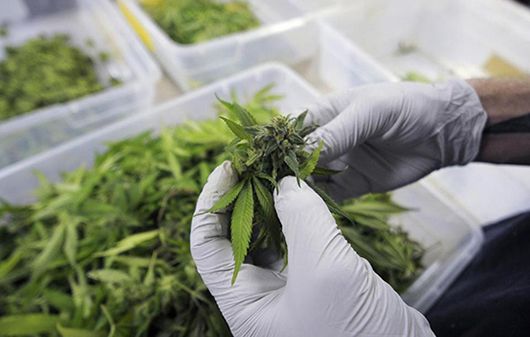 Historically, only a single institution — the University of Mississippi — was authorized to grow marijuana to supply researchers in the US. The DEA’s new policy allows additional entities to register with the DEA to produce and distribute marijuana for FDA-authorized research
purposes.

Expanding the number of DEA-registered cannabis growers “should provide researchers with a more varied and robust supply of marijuana,” the Administration expects.

However,  the DEA maintains its categorization of marijuana as a Schedule I drug under the Controlled Substances Act (CSA). Substances grouped in the Schedule I category — which also includes heroin, LSD, and ecstasy — are characterized by a high potential for abuse, lack of accepted medical applications, and safety concerns around their use even under medical supervision.

The DEA’s hardline stance is not likely to change, even with Election Day medical marijuana victories in Florida, North Dakota, Montana, and recreational victories in California, Maine, and Massachusetts. Maintaining cannabis’ status as a drug of abuse has more to do with the intricacies of international narcotics enforcement treaties than with the actual character of the plant.

Proponents of the cannabis movement argue that it’s high time to declassify marijuana as solely a dangerous drug of abuse with no medicinal benefits. The rapidly-growing body of research on medicinal cannabis illustrates its therapeutic effectiveness in treating a wide range of disorders, from chronic pain and nausea to epilepsy, Huntington’s and Parkinson’s diseases, Tourette’s syndrome, and dementia.

So far, efforts to reschedule the substance have proven unsuccessful.

Within the last decade, two separate petitions to remove marijuana from Schedule I and reschedule it into one of the other four CSA drug classes were each denied by the DEA. The first petition was submitted in 2009 by Bryan Krumm, a New Mexico-based psychiatric nurse practitioner, and the second in 2011 by former Rhode Island Governor Lincoln Chafee and former Washington Governor Christine Gregoire.

The DEA’s denials of both requests were published simultaneously alongside the summer announcement of its loosened restrictions around cannabis production for research, raising questions about the agency’s mixed messages about cannabis.

In his responses to both rescheduling petitions, DEA Acting Administrator Chuck Rosenberg states that based on a requested scheduling recommendation as well as a scientific and medical evaluation conducted by the Department of Health and Human Services (HHS), the DEA concluded that there remains “no substantial evidence that marijuana should be removed from Schedule I.”

Rosenberg says, the drug’s chemistry is not yet known or reproducible and it is “not accepted by qualified experts” as a viable medical treatment. Additionally, a dearth of adequate marijuana safety and efficacy studies and limited scientific evidence fail to support a rescheduling of cannabis at present.

From a research perspective, cannabis is caught in a Catch-22: Because it has been classified as a Schedule I substance–which by definition does not, and can not, have medical or therapeutic value, US researchers have found it extremely difficult to get federal approval to study the plant or compounds derived from it, as anything other than a drug of abuse.

The majority of positive research on the therapeutic effects of cannabis has been done by investigators outside the US.

An absence of scientific support, however, is just one part of the DEA’s rationale for refusing to reclassify marijuana.

According to certain US obligations under international drug control treaties, cannabis cannot be placed into a drug schedule any less restrictive than Schedule II.

Illegal substances covered by the treaty include opium, cocaine, cannabis and other drugs which, except when used for bona fide medical purposes, constitute “a serious evil for the individual” and are “fraught with social and economic danger to mankind.”

Parties to the Single Convention are required to maintain various control provisions related to all drugs covered by the treaty. In the US, many of the provisions included in the CSA — including drug scheduling protocols — were enacted by Congress in order to specifically ensure compliance with the treaty.

Rosenberg notes that several requirements imposed by the Single Convention would not be met if cannabis were placed into decriminalized CSA Schedules III, IV, or V. It could potentially be reclassified into Schedule II. The key distinction between Schedules I and II is that Schedule I drugs have “no currently accepted medical use in treatment” and lack “accepted safety for use…under medical supervision,” while Schedule II drugs do have acknowledged medical treatment uses.

Many hope that better, broader research will lead to a scientifically supportable conclusion that cannabis is not the scourge it was portrayed to be when the international Single Convention was initially drafted, and that it merits a place as a legitimate botanical medicine.

Though a seemingly small step for now, the expansion of cannabis production for research could have great implications for better-informed national policy decisions down the road.