How Bias and Stigma Undermine Healthcare

Anthropologist Janelle Taylor got it right when she observed that, “Physicians’ medical knowledge is no less cultural for being real, just as patients’ lived experiences and perspectives are no less real for being cultural.”

More than ten years on, her essay, Confronting ‘Culture’ in Medicine’s ‘Culture of No Culture’ (Acad. Med. 2003;78:555–559), remains one of the most penetrating analyses of one of healthcare’s most challenging issues: practitioner bias and how it affects patient outcomes.

The practice of medicine is fundamentally an art and not an exact science, despite the arguments of those who might point to “evidence-based medicine” as evidence to the contrary. This is true for many reasons: the inherent variability that results from our unique genetic profiles; the different and largely hidden environmental exposures that each of us has had prior to a clinical encounter and which are mostly hidden from her; and the basic inability of even the most skilled and tech-enabled physicians to fully expose the inner workings of the body.

Unlike auto mechanics, we clinicians cannot simply lift the hood and expose our patients’ systems to complete and unfiltered examinations.

Our diagnostic processes must by necessity integrate our accumulated knowledge—often evidence-based—with our experience. The latter includes the collective wisdom of the medical community as found in medical texts, journals and digital resources; as well as our personal insights, gleaned over time from the unending classroom of clinical practice.

Translating this experience into therapeutic action relies upon heuristics–the mental shortcuts used in decision-making that are honed by the personal and societal knowledge accrued over a lifetime.

We all use heuristics. Although these decision-making shortcuts are often beneficial, they can also be detrimental and lead to serious errors of judgment, especially when used outside of their usual context. Heuristics are often unconscious or semi-conscious at best, and they predispose us towards certain behaviors or choices. Precisely because they are unconscious and reinforced by repetition, they can be difficult to overcome without conscious effort once they become ingrained.

As physicians, our heuristics are sometimes challenged by unusual disease presentations, or when interacting with people whose illness, life experiences and/or cultural mores are radically different from our own. 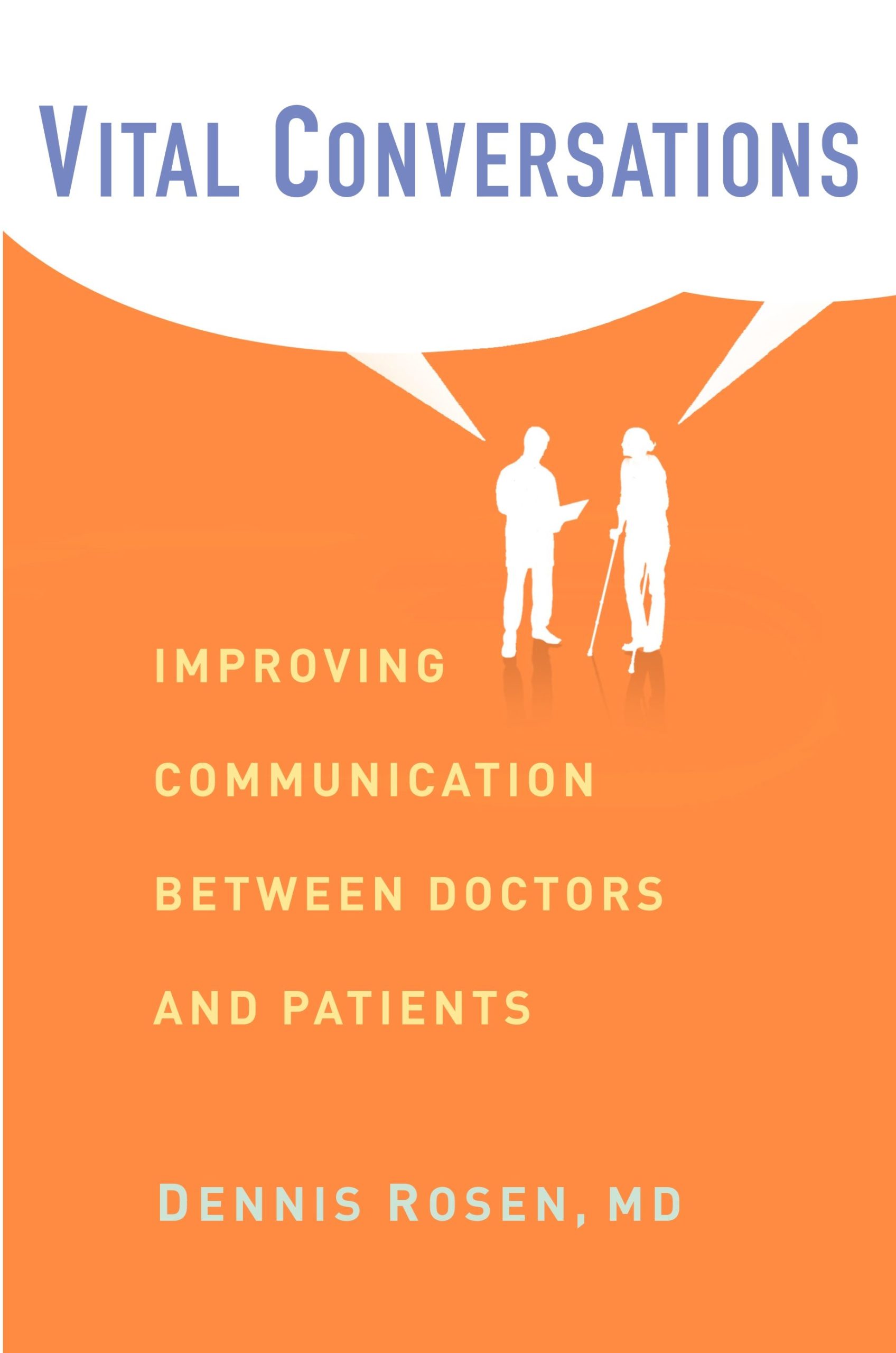 If a practitioner is aware of his or her heuristics, it is possible to “step outside” them when presented with a new or unusual situation, and consider the degree to which the usual and customary thinking applies. This becomes difficult, if not impossible, when the clinician is unaware that heuristics are at work in his or her typical decision-making process.

Some of the heuristics guiding clinical decision-making are based upon personal bias. This bias can either be internal or derived from external sources such as surrounding society.

Implicit bias, of which the holder is unaware, and explicit bias, of which he is, can both influence what treatments are offered to which patients. Bias can lead the same physician to provide substandard care to some of patients compared to others with same clinical condition. Overcoming the impact of implicit or unconscious bias can prove to be the greater challenge because of a lack of awareness that it is even present.

The effect of implicit bias on medical decision-making was demonstrated by a study exploring the presence of implicit racial bias towards African-American patients among 287 physicians from the Atlanta and Boston areas.

Though the participating physicians all denied harboring explicit racial bias towards their African American patients, implicit association testing revealed that they held attitudes characterizing these patients as being, “less cooperative with medical procedures, and in general.”

The stronger their implicit bias that Blacks are less cooperative, the less likely the physicians were to follow accepted treatment guidelines for prescribing thrombolytic medicine to African-¬American patients with symptoms of coronary artery blockage, though they adhered to the guidelines with white patients presenting with similar complaints (Green AR, et al. J Gen Intern Med. 2007; 22(9):1231-8).

Although a physician may be unaware of his/her own implicit biases, patients often readily detect the unconscious attitudes. One survey of a group of Latina and African-American breast-cancer survivors found that 36% believed that they had suffered discrimination because of their race or ethnicity and that this had affected the quality of their care (Campesino M, et al. Oncol Nurs Forum. 2012;39 (2): E91-100)

Many disorders carry heavy societal stigmas, which can be a source of negative physician bias.

In one study, 50 HIV-positive male American military veterans were interviewed about their perceptions of HIV stigma in the context of health care. They described having been both passively and actively stigmatized by physicians. Passive stigmatization was mostly expressed nonverbally through less eye contact, physical distance, vocal tone and inflection.

In a different study of 223 low-income HIV-positive individuals in Los Angeles County, 26% reported that at least one health care practitioner had seemed uncomfortable with them, treated them in an inferior manner, and/or preferred to avoid serving them altogether.

More than twice as many of those who felt stigmatized also reported difficulties in accessing medical care in comparison to those who didn’t. Lead author, Jamie Kinsler, concluded that: “Patients who perceive their health care providers as being uncomfortable with them or treating them in an inferior manner could greatly affect their use of needed medical services….Negative experiences with providers may discourage patients from returning for follow-up medical appointments, and may affect future relationships with health care providers such as patient-provider communication and trust.” (Kinsler JJ, et al. AIDS Patient Care STDS. 2007; 21(8):584-92)

Stigma also interferes with good medical care when a particular condition or physical attribute—such as obesity—affects a patient’s willingness to seek needed care for a different and perhaps totally unrelated condition.
Stigma & Avoidance

A recent meta-analysis of thirty studies relating to professional and/or patient experiences surrounding obesity found evidence in all of them that obesity impaired interactions with health care practitioners and services.

Another study of female nurses, nursing assistants, health-unit coordinators and general psychiatric assistants at a Wisconsin community hospital found that women who were overweight or obese were almost four times as likely to delay or cancel their physicians’ appointments compared to women of normal weight. Seventy-two percent of those who did avoid their doctors admitted that this was because of embarrassment about their weight (Olson CL, et al. Arch Fam Med. 1994;3(10):888-92)

In many cases, the key driver of the avoidance behavior is a previous negative and hurtful interaction with a practitioner. One study of morbidly obese women found that 36% had experienced disrespectful treatment or negative attitudes from health-care professionals in the past (Amy NK, et al. Int J Obes (Lond). 2006; 30(1):147-55).

It is highly unlikely that these women’s physicians intended to discriminate against or to demean them because they were obese. The point is, the patients were able either to sense the physicians’ underlying disapproval—or to project it upon them—and they responded to it by avoiding interaction with caregivers whenever possible.

Some of the implicit bias we carry as clinicians may arise from the all-too-human inclination to blame a person for his or her own misfortune whenever we perceive unhealthy habits or behaviors, customs very different from our own, or traits we consider “deviant.”

This was a big issue with AIDS in the early years of the epidemic, and in some areas it may still be.

We may never totally eliminate bias and stigma from medical interactions, but as healthcare professionals and caregivers we need to develop a greater degree of self-awareness to the presence of bias within us, to understand how it may affect the quality of care we provide to our patients, and actively seek out ways of identifying and overcoming it.

Dennis Rosen MD is a pediatric pulmonologist at Boston Children’s Hospital and Assistant Professor of Pediatrics at Harvard Medical School. This essay is adapted from his new book Vital Conversations: Improving Communication Between Doctors And Patients.