Creating Mind-Body Coherence in the Context of Depression

Let’s face it: the antidepressant revolution that began in the 1980s, has not really been the great solution its advocates hoped it would be.

Over the last 30 years, depression has become one of the nation’s leading chronic diseases, rising to epidemic levels, and annually affecting over 800,000 adults. Despite a steep increase in antidepressant use worldwide, the mood-enhancing drugs are only properly prescribed close to 10% of the time (Veale BW, Med J Aust. 2003; 179:247-249).

Antidepressants certainly did not solve the problem of depression!

On the positive side, the emergence and widespread use of serotonin reuptake inhibitors and their kin did shed considerable light on the problem of depression, bringing it out of the shadows and corners of medicine, and making it a front-and-center issue for health care professionals and the public alike.

We now understand that depression is not only debilitating in and of itself; it also influences the onset of comorbid conditions, is an independent risk factor for many serious disorders, and may impede the treatment of pre-existing chronic diseases (Katon WJ, Soc Bio Psych. 2003; 54:216-226).

Clinicians are faced with mounting pressure to not only manage depression, but to manage it well. The majority will turn to antidepressants as a hopeful fix and precautionary measure, especially in patients with tendencies toward self-destructive behavior. Yet the conventional tools—antidepressant drugs and certain forms of psychotherapy—have had limited efficacy, as the statistics clearly show.

So what’s a busy clinician to do when it comes to effective depression management? 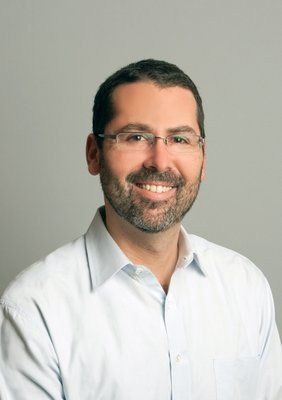 “The relationship,” said Dr. Blackman “is really the primary foundation.” In a study published in the Journal of Clinical Psychiatry more than a decade ago, low compliance with antidepressant drug regimens was linked to patients’ perceived relationship with their practitioners (Demyttenaere, K, et al. J Clinical Psych. 2001, 62(22): 30-33).

Forming a positive relationship with a patient to better determine his or her treatment preferences is what Dr. Blackman stresses as the most important aspect of treating depression. A patient-centric relationship allows both caregiver and patient to collaborate on care techniques, and this in turn, fosters better health outcomes.

Dr. Blackman states that his integrative practice, One Medical Group, has “re-engineered primary care to make it more efficient so that provider and patient spend more time together.” At One Medical Group, the appointment lengths are longer than average…which has been invaluable for treating patients with depression and other mood disorders.”

For some patients, just having a safe space in which to be heard is, in and of itself, therapeutic. “Sometimes there is nothing clinically wrong with the patient and just (your) being there and doing nothing can be enough,” he said. One study, published in the British Journal of General Practice, shows that, “a positive relationship in which patients feel free to discuss emotional problems and work toward their resolution is related to improved outcomes from psychological treatment, particularly in primary care” (Johnston et al. Br J Gen Pract. 2007; 57: e1-e14).

Dr. Blackman has found that many depressed patients will benefit from supplementation with L-tryptophan, an essential amino acid that is the precursor to serotonin. The body does not produce tryptophan, so we must obtain it through diet or via supplements.

Dr. Blackman also recommends the use of S-Adenosyl Methionine (SAMe), which is a naturally occurring compound that regulates the breakdown and the synthesis of several neurotransmitters. Studies have shown SAMe to be more effective than placebo and just as effective as antidepressants without the adverse side effects (Delle CR, et al. Am J Clin Nutr. 2002; 76(5):1172S-1176S).

He generally starts patients off with 200 mg of SAMe, twice daily, and gradually increases the dose up to 800 mg, twice daily. He added that St. John’s Wort is an effective and safe alternative to many SSRIs.

Despite scientific evidence that supports these supplements, Dr. Blackman is quick to reiterate that “what is meaningful to patients is much better than studies; even the best scientific studies are found to be flawed, so let this information guide you and let the patient create the solutions.”

Some people have an aversion to taking medications, or may have problems adhering to a daily routine. For them, taking a pill–whether it is “natural” or pharmaceutical–may not be the preferred treatment. Fortunately, there are other options.

Dr. Blackman described an innovative modality called the “Quick Coherence Technique” developed by the Institute of HearthMath. The concept of coherence is a core principle guiding the development of HeartMath’s technologies for applying heart rate variability (HRV) monitoring in a variety of clinical contexts. The term “refers to a logical, orderly and harmonious connectedness between parts,” according to the definition on HeartMath’s site.

In the context of depression, Dr. Blackman spoke about the harmonious connection between our 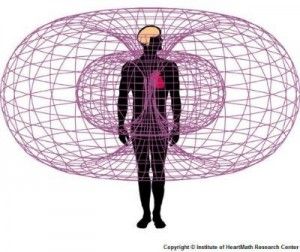 heart rhythm and emotions. Variability in how the human heart beats can be correlated with different emotional states. States of frustration are seen as jagged spikes, where as positive emotional states are illustrated as soft, balanced waves.

Patients can learn to monitor their highs and lows with a computer program available from the Institute of HeartMath. Through biofeedback, patients are able to visualize their fluctuating moods and learn to recall—and ultimately re-embody–calm and stable states through deep breathing and positive thinking.

The Quick Coherence Technique, which involves a minute of slow, deep breathing, is easy for patients to grasp during a short office visit. Dr. Blackman said that less than 5% of his patients have difficulty reaching coherence. The vast majority are able to use the HeartMath tool as a powerful adjunct treatment to support their emotional health.

The Institute of HeartMath has gathered a wealth of research documenting the efficacy of coherence training techniques in lowering blood pressure, increasing the functional capacity of patients with congestive heart failure, decreasing stress, and stabilizing mood.

There is also a body of fascinating data that suggests that the coherence patterns and emotional states of one individual can interact with and affect those around them.

Dr. Blackman explains that because of this phenomenon, your coherence as a practitioner (or lack thereof) has the great potential to affect the outcomes of your therapeutic relationships. You and your patients will all benefit if you are able to maintain a positive level of coherence during office visits.

One of the big challenges in working with and supporting patients with depression is to remain positive, proactive and sympathetic, without taking on the hopeless, strongly negative disposition of the patients.

HeartMath’s Quick Coherence Technique is an ideal remedy, one that can be practiced in between patient visits. In addition to being a good clinical modality for patients, it can serve as an important self-care tool. Exercise, fresh air, emoting with coworkers, and eating nutritious snacks to stabilize blood sugar levels will also aid in stress reduction and resilience to the influence of patients’ negative states.

Self-care and collaborative relationships are a far cry from traditional treatment guidelines and, unfortunately, our current healthcare system makes it difficult for most physicians to engage with patients the way they’d like to. Still, mindfulness always helps, and Dr. Blackman stressed that it is a very important ingredient in working with depressed patients.

Clinicians who practice simple mindfulness throughout the day are better able to build rapport and promote patient-centric relationships. From these relationships, effective methods of treatment will reveal themselves as both patient and practitioner collaborate toward better solutions.

Shawn Casey has a Master’s Degree in Integrative Health Studies and is a Certified Wellness Coach. She works at the One Medical Group in San Francisco, where she is learning the challenges of medical billing while also designing coaching curriculums and wellness initiatives.