Cold and flu season can be a dreaded time of year for families with young children. But according to new research published last month in the European Journal of Clinical Nutrition, vitamin C and probiotics can be real allies for parents wondering how to protect their kids from common school-borne illnesses.

In a double-blind, randomised, placebo-controlled pilot study, researchers evaluated the efficacy of a multi-strain probiotic in combination with vitamin C in treating and preventing respiratory tract infections among preschoolers in Slovakia. Fifty seven children between the ages of three to six years participated in the study.

At the completion of the study, researchers found that the children who took the probiotic/vitamin C supplement were significantly less likely than their peers in the control group to contract an upper respiratory tract infection (URTI). Thirty six percent of those taking the probiotic/vitamin C combo had URTIs, versus 52% of those in the control group. 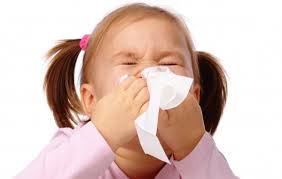 Preschoolers in the active treatment group also exhibited a reduction in duration of URTI symptoms, as well as a 30% decreased rate of absence from school due to URTIs.

Additionally, investigators noted that the use of antibiotics, painkillers, cough medicine, and nasal sprays was lower among supplement recipients, reaching significance for the use of cough medicine.

Supplementation did not appear to reduce the incidence rate or duration of lower respiratory tract infections, but it did produce significant changes in markers of inflammation and immune system function. Kids in the treated group showed significant reductions in IFN-gamma, as well as in the IL-2 to IL-5 ratio.

The protective health benefits of both vitamin C and probiotics are well established. A powerful antioxidant, Vitamin C is widely used to treat conditions including autoimmune disease, various types of cancer, myriad infections and viruses, and high blood pressure.

A number of previous trials have looked at the use of probiotics in the context of preventing or treating respiratory infections and the results have been variable.

This new preschool study was, however, the first of its kind to investigate the combined effect of both probiotics and vitamin C on RTI among young schoolchildren.

Because disease transmission rates are so high in classroom settings, the authors note, identifying additional treatments and preventive health measures is of marked importance. Wider use of non-pharma options like probiotics and vitamin C may also help to address the inadvertent and ineffective use of antibiotics to treat viral infections, which can contribute to both antibiotic overuse and antibiotic resistance.

Families may find that including probiotics and vitamin C in their natural medicine chests eases the pain of cold and flu season for both parents and children alike.