Oral immunotherapy is a safe, highly effective modality for desensitizing children with peanut allergy, according to data from a recent UK trial.

Peanut allergy has become the bane of many parents and teachers of elementary school kids. In the US, it has become so common that many districts around the nation have essentially banned peanuts, peanut butter, and other peanut-containing foods from school grounds out of fear of lethal anaphylactic reactions. There is no widely accepted cure for peanut allergy. 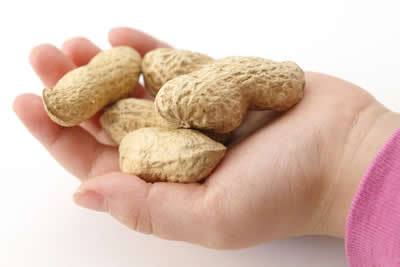 Oral immunotherapy (OIT) has emerged as a viable option for this challenging problem, but most clinicians still consider it to be “experimental.”

The kids were randomized to “present standard of care” consisting of peanut avoidance, or OIT with gradually escalating doses of peanut flour starting with 2 mg and increasing up to 800 mg per day over a 6 month period.

At the 6-month point, 62% of the OIT-treated children (24 of 39 participants; 95% CI 45—78) showed desensitization based on peanut challenge. None of those in the control group were able to withstand the challenge. The authors note that 84% of the active group tolerated daily ingestion of 800 mg of peanut protein, equivalent to roughly five peanuts.

After the second 6-month phase, 54% of the kids were able to tolerate a 1,400 mg challenge (equivalent to roughly ten peanuts) and 91% tolerated daily ingestion of 800 mg of peanut protein.

There were some side-effects associated with OIT. Thirty-one of the treated children experienced gastrointestinal symptoms (nausea, vomiting, diarrhea). Others reported oral pruritus and wheezing. These were generally mild and inconsequential, and there was a similar distribution of adverse events in the untreated control group. There were no serious adverse reactions or cardiovascular events in either group.

“To our knowledge, our findings provide the first well controlled and accurate estimate of the effect size, benefits, and risks of desensitization with peanut OIT,” the authors report.

“Daily doses of peanut OIT of up to 800 mg protein had a clinically meaningful effect, shown by a high incidence of desensitization, large absolute and fold increases in threshold, and a significant improvement in quality-of-life score.”

Though the data clearly support OIT, the Cambridge authors cautioned that the treatment, “should not be done in non-specialist settings.”

That said, he identified several methodological limitations in STOP II, such as lack of masking; participation bias through use of a patient sample recruited via a food allergy advocacy group; a 10% dropout rate; unclear statistical power for analysis of the QOL measures; and use of a truncated peak OIT dose (1,400 mg) far lower than the doses used in previous studies.

“Although these concerns should not diminish the value of the results so far, which are exceptionally promising, OIT remains experimental,” writes Dr. Greenhawt.

He added that OIT won’t be ready for wide clinical use until the short-term effects have been comprehensively proven, and the long-term side-effects, mechanism of action, and outcomes are clearly defined.