In 2009, Elizabeth Blackburn, Carol Greider, and Jack Szostak established a cornerstone principle of cell biology: cellular longevity is governed by the length of telomeres, the DNA caps on the ends of chromosomes. Telomere length, in turn, is regulated by an enzyme called telomerase.

In short, when telomerase activity is high, so is telomere length, and this delays cellular senescence. Articulation of this principle earned Blackburn, Greider & Szostak a Nobel Prize for Physiology & Medicine, and opened up new therapeutic possibilities for preventing diseases of aging and promoting longevity.

But the ability to leverage telomere science has been somewhat limited because, while researchers have found compounds that slow telomere shortening–omega-3s, folate, vitamin D, ginger, N-acetyl cysteine among them–until recently, nothing was available that could actually activate telomerase or augment telomere length.

That changed with discovery of an astragaloside compound derived from Astragalus membranaceus, an herb used widely in traditional Chinese medicine. This proprietary extract, known as TA65, was originally developed by biotech giant, Geron, and licensed as a nutraceutical by TA Sciences. 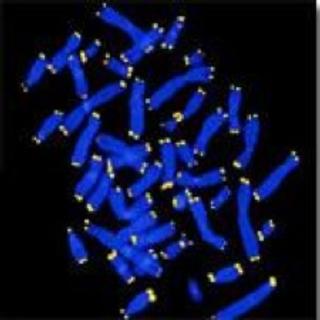 Telomeres are repeating DNA sequences capping each chromosome, that function as biological time clocks, determining cellular lifespan. Human telomeres are between 10,000-15,000 base pairs in length at birth (depending on measurement method). Each round of cell division shaves off 30-100 base pairs.

“By the time someone dies of “old age,” telomere length is down below 5,000 base pairs,” explained William R. Andrews, PhD, a molecular biologist and president of Sierra Sciences, a biotech firm focused on longevity promotion. While Director of Microbiology at Geron in the late 1990s, Dr. Andrews led the discovery of the RNA and protein components that make up telomerase.

“Even as a little kid, I was interested in finding a ‘cure’ for aging. I just wasn’t convinced that it was all due to environmental factors, as if a person were like an old truck weathering and rusting away in a field. I couldn’t understand why people in the Arctic seemed to age basically the same way as people at the Equator despite the environmental differences,” Dr. Andrews told Holistic Primary Care.

Leonard Hayflick’s seminal work on the limits of cell cycling in the 1970s, and later, the discovery of telomeres, began to provide an answer.

Telomeres don’t code for specific proteins, though they are linked to a host of genetic pathways. They function in a strictly regulatory manner; telomere length sets the outer limit on cellular lifespan.

David Woynarowski, MD, a Reading, PA, internist specializing in longevity medicine is among a growing cadre of clinicians who believe modulating telomerase and restoring telomere length is a key to slowing aging and enabling people to age more healthfully.

“There are only two functionally “immortal” cell lines: embryonic stem cells, and the germ cell lines. What they have in common, and what distinguishes them from ordinary somatic cells, is that telomerase is active and restores telomere length. In nearly all other tissues, the gene that triggers production of telomerase is inhibited. During cell cycling, telomere length decreases if they are not repaired by telomerase. The shorter the telomeres, the greater the disease burden.”

The emergence of TA65 is a major advance, said Dr. Woynarowski, who has worked as a consultant for TA Sciences. The compound is produced by the Astragalus root in very small amounts and must be purified and concentrated, a proprietary process. Geron originally developed TA65 as an adjunctive therapy for HIV, though it was never released for this purpose. Animal and human studies show that it can increase telomerase activity and telomere length.

In practice, Dr. Woynarowski said TA65 improves overall energy, improves skin quality and visual acuity, increases bone mineral density, reduces blood sugar and fasting insulin, reduces CRP, and other markers of chronic inflammation, and improves sexual function. “It can do this independent of any other changes in diet or lifestyle.”

Because the plant only produces small amounts of this compound, Astragalus extracts available in retail stores will only have tiny amounts, if any at all. In order to induce telomerase activity, one needs relatively large doses of the purified compound. This makes TA65, sold only through health care professionals, an expensive option.

A low dose protocol will cost roughly $1,200 per 6-month period; the high dose protocol is $4,000. TA Sciences estimates that approximately 2,000 people are now taking TA65. The company hopes to lower the price in the coming years.

The Longer The Better

Sierra Sciences’ Dr. Andrews is among those taking—and benefiting from—TA65, though he said his company is “actively looking for telomerase inducers that are better and more potent.”

“TA65 really does work. There’s nothing else right now that a doctor can recommend or prescribe that can do what it does. But I would like to find things that work even better. If you turn telomerase on enough you might not only slow the aging process, you could potentially reverse it. This has been demonstrated in mice but not yet in humans.”

Geron, Dr. Andrews’ old employer, is renewing its search for telomerase activators. Early in 2010, the company published the first animal data on a proprietary compound called “TAT153,” being developed as a drug for the treatment of pulmonary fibrosis.

Telomerase induction is not the only key to a long, healthy life. Both Dr. Andrews and Dr. Woynarowski emphasized that stress reduction, exercise, and a diet rich in antioxidants and anti-inflammatory plant compounds are essential. But they insist that the ability to modulate telomerase and increase telomere length takes the longevity game to a whole new level.

What’s the ideal human telomere length? “The longer the better!” said Dr. Andrews, noting that there are several ways to assess telomeres. The easiest way is to look at average length in blood cells—a relatively inexpensive test available from Spectracell. But this will not tell you how short are the shortest telomeres.