A recent Australian study of 266 adults who were cognitively normal at baseline revealed that people with chronically elevated fasting plasma glucose measurements had marked hippocampal atrophy after 4 years.

“The hippocampus is the neural triage area—the bigger the hippocampus, the better the cognitive function,” explained Dr. Perlmutter, a neurologist based in Naples, FL. 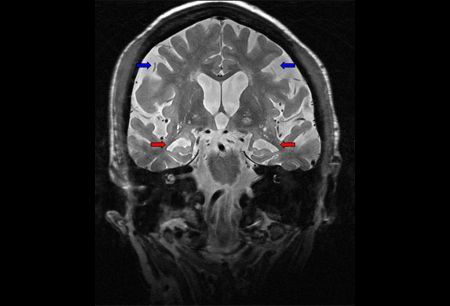 In the Australian trial, called the Personality and Total Health (PATH) study, the difference in hippocampal size between individuals with the highest versus lowest average blood sugar measurements was as great as 10% (Cherbuin N, et al. Neurology. 2012; 79: 1019-1026).

“Even at average glucose levels of 81-90 mg/dl, there were changes in hippocampal size associated with cognitive changes.”

PATH is just one of a number of studies showing strong correlations between dysregulation of glucose metabolism and cognitive dysfunction. The InCHIANTI study involving 523 people aged 70-90 years showed that risk of cognitive impairment correlated strongly with insulin resistance (Geroldi C, et al. Arch Neurol. 2005; 62(7): 1067-72). The finding is even more significant given that all study participants had blood sugars within normal ranges.

The authors of InCHIANTI, based in Brescia, Italy, suggest that, “Insulin resistance might contribute to cognitive impairment through a vascular mechanism.”