The concierge model is a great option for physicians seeking more control over their time, their professional lives, and their ability to care for patients. But it is by no means a financial cure-all, says Marcela Dominguez, MD, a family physician in Mission Viejo, CA, who started a concierge component in her practice earlier this year.

“My life is so much better now. It’s a big improvement. I’m enjoying the benefit of more time for my family and my kids, more time to do administrative stuff during the workday rather than after-hours. But it’s not like my financial woes suddenly disappeared, especially during this first year.”

Dr. Dominguez, who will share her lessons-learned at HPC’s upcoming Heal Thy Practice conference, says the shift to concierge requires careful preparation. “There are a lot of transitional stages, and you have to be ready form them.”

From the outset, she knew she wanted a hybrid practice in which non-member patients could still come to Complete Care Family Medicine, and use their insurance. But rather than seeing Dr. Dominguez regularly, they would get one yearly visit with her, and all subsequent care from her NP or her physician-partner. 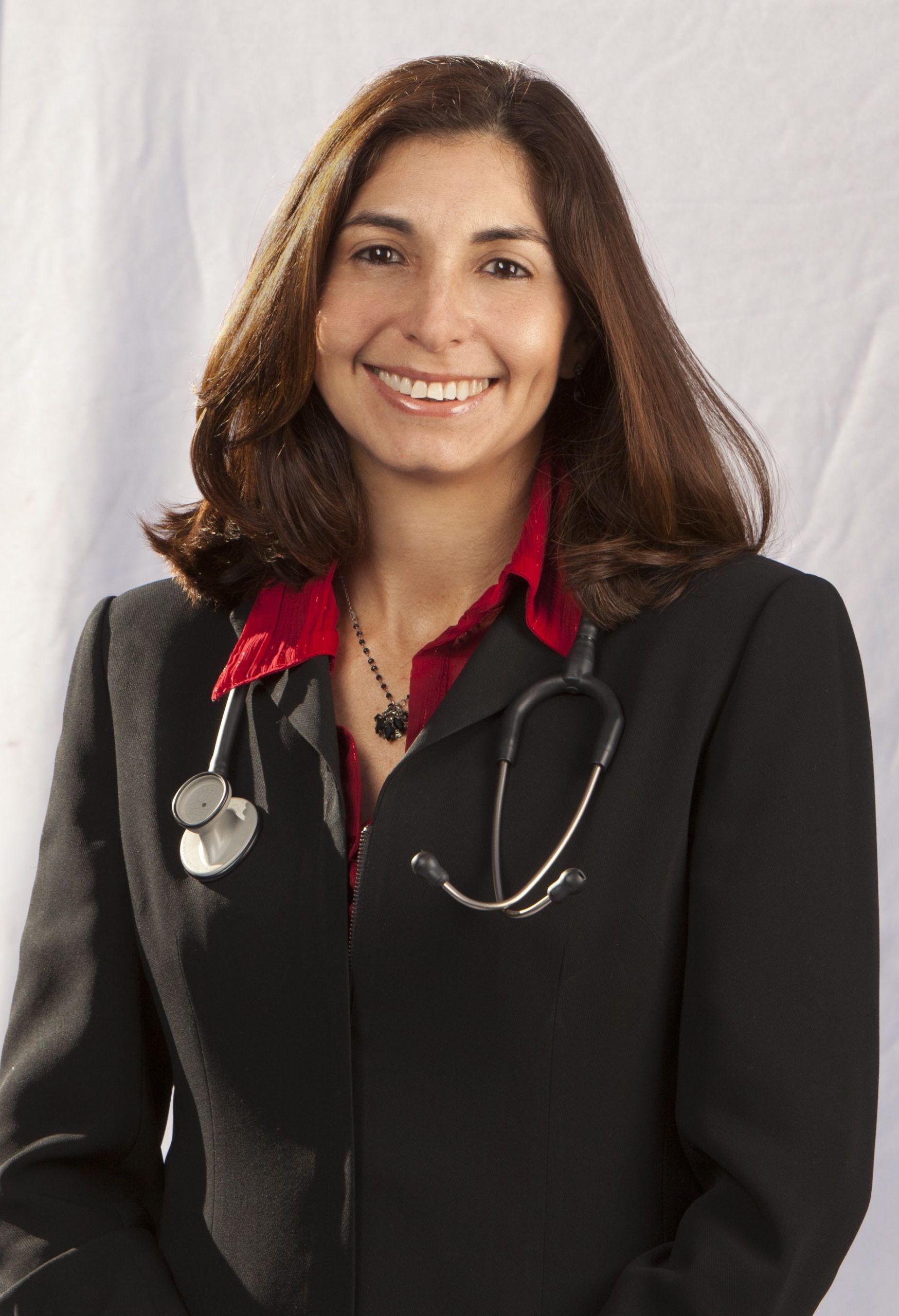 She chose to work with SignatureMD,  a consultancy that enables doctors to create hybrid models that best fit their preferences and their patient populations.

“I had about 3,000 active patients in my database. SignatureMD did a phone survey to estimate how many would consider joining a concierge. They asked all kinds of questions: Would you like quicker access to your doctor? Does having email and cell phone access have value for you? Are you willing to pay extra for that level of service? If your doctor were to switch to a membership model, would you join?”

Dr. Dominguez got data from about 1,200 of patients, roughly 300 of whom said they would join a concierge style practice. “These were patients who gave a definite “Yes.” Maybe’s didn’t count. Based on these numbers, we thought my practice had a good chance of succeeding.”

When assessing whether the concierge model is right for you, Dr. Dominguez strongly recommends underestimating the expected membership. “Look at the low end, and consider if it still makes sense economically. Though the survey said 300 people—roughly one-tenth of my total volume–were likely to join, my low-end estimate was 125 patients. If it could work with that, I knew it would be OK if there were more.”

In actuality, the practice fell short of its initial goal of 100 members in the first 3 months. Beginning in January, all of Dr. Dominguez’ patients were informed that the practice was offering a concierge option, and that those who did not join would have limited access to Dr. Dominguez. By April, only 50 had joined. The number increased to 75 in the ensuing months, but that’s still short of the goal.

Reasons for the shortfall? Dr. Dominguez thinks the nature of her hybrid model makes it easy for some patients to watch and wait.

“I customized my model so patients can still stay with the practice if they don’t join the concierge and see my nurse or my physician colleague, and they can have one annual visit with me. If they want to see me more often, they have to join, but I didn’t want to have to say goodbye to patients. As a result, there wasn’t as much consequence for not joining. Unlike some practices that make it an either-or decision, we made it easier for our patients not to join.”

To make concierge work, your patients have to love you. That wasn’t an issue for Dr. Dominguez. “I have very strong relationships with many patients, but the challenge is that a lot of them thought that I would make exceptions for them—that the concierge transition would apply to everyone else but them, and that I would continue to see them as I always have.” She said she’s had a number of difficult discussions with patients to explain why she can’t make exceptions.

“Some are watching and waiting to see if I will really stay my ground and stick with this.”

You, as the doctor, are a critical ingredient in the success of a concierge office. But you are not the only ingredient. In reality, a lot of the transitional work will be done by your staff. It is essential to have a staff member who understands the model, recognizes the value, and can take the lead. In Dr. Dominguez’ case, it’s her office manager. “You really need that lead person who will go with it, own it, and has incentive for doing it.”

Any doctor considering a move away from standard insurance practice should plan for an initial decrease in income that could last for 6 months or even a year. Few concierge practices go from zero to full membership right out of the gate.

“The reality is that in transitioning, I’m giving up 80-90% of my patient base. Seeing as I’m the biggest revenue generator in my practice, that’s a significant change. Membership revenue does make up for some of this, but I’m definitely seeing less people and making less money. This first year will be break-even at best. Keep in mind, whatever you make on the concierge side is in place of–and not in addition to—what you were making on your insurance visits.”

In the long run, a concierge or mixed model can lead to greater financial rewards, but this definitely does not happen overnignt.

Dr Dominguez’ hybrid model was heavily dependent having her nurse practitioner see patients who did not become members. “I can generate revenue from NP visits, so it looked like it was all going to work out…until my NP took a leave of absence and didn’t come back!”

Thankfully, a number of patients who initially hadn’t joined the concierge and were planning to stay with the NP opted to become members. Through careful time management, Dr. Dominguez and her partner have been able to continue seeing insurance patients as a stop-gap measure. But the sudden departure of a cornerstone staffer put a wrinkle in the roll-out.

Had Dr. Dominguez not had a financial cushion and a carefully planned transition process, such an unexpected turn might have proved devastating.

Dr. Dominguez says she’s grateful for the relatively slow pace of her concierge growth because it gives her time to learn how to become good at client service.

This model is a quality-over-quantity proposition that requires a level of patient focus and a service mind-set that is quite different from volume-based insurance medicine. “You have to learn how to be a good concierge doc, to manage your time differently. I’m running more on time now than I ever have, but still I’m sometimes 10 or 15 minutes late for a concierge patient. That’s not okay. If I’m not giving them the service they expect, they won’t renew. I’m learning as I go.”

“Be open with your concierge patients, and tell them you want their feedback,” Dr. Dominguez says. “I tell them, “I’m new at this, so please tell me how I can best serve you.” You need to really listen to what they say. The more you keep that communication open the better.” In a sense, concierge is the ultimate in “patient-centered” care. You need to deliver on what you promise.

At the same time, you need to become good at managing patient expectations. Just because you’ve agreed to give members a higher level of phone and email access does not mean there are no boundaries.

Dr. Dominguez has few basic rules, which she communicates to all member-patients:

• No Urgent Emails: Email is a support for clinical care not a substitute for it. Under no circumstance should a patient get the idea that emergencies can be handled via email.
• Limit Email Questions: A long email packed with questions is a signal that a patient needs to come in. At most, emails should be limited to 2-3 easily answered questions. In-depth counseling should be done face-to-face.
• Respectful Phone Privileges: For many patients, 24-hour access to a doctor’s cell phone is a major perk of concierge care. While they should feel free to call about serious matters, they also need to be respectful.

She says so far, members have been extremely mindful and have not abused the email or phone privileges. “I spend about 30 minutes, once or twice per day, answering emails from concierge patients, and I get one or two calls per week on my cell. The calls have been at reasonable hours—nobody has called me past 8:30 pm–and they have been for legit medical reasons. They’re not spurious calls. Patients have been very considerate of my time.”

Fear of being “on-call 24-7” is a major turn-off for doctors considering concierge. The reality, says Dr. Dominguez, is nothing like the imagination. “For the most part, the calls I get from members are calls I would have gotten anyway.”

Though the process has been challenging, she has no regrets about moving toward concierge, something she started contemplating 3 years ago.

“Any physician who has a full time practice and is looking for a more manageable lifestyle should consider it. But the decision really should be about lifestyle, not about making a lot of money.”