Childhood Obesity Dip: Score One for the Nanny State? 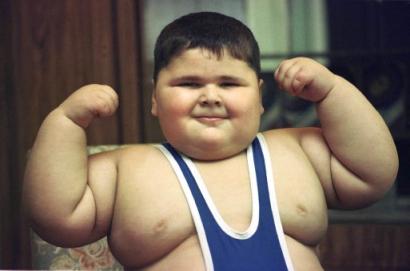 New data from the Centers for Disease Control offer a glimmer of hope in our national struggle with obesity. From 2004 to 2012, there was a 43% drop in prevalence of obesity in 2-5 year-old children, the CDC study says.

During that period, obesity rates went from 13.9% to 8.4%, based on analysis of 9,120 participants in the National Health and Nutrition Examination Survey.

The CDC defined “obesity” in babies as being above 95th percentile for weight over recumbent length; for young children and teens, it meant having a BMI over the 95th percentile.

A bright point in an otherwise dismal statistical landscape, the findings were published earlier this week in the Journal of the American Medical Association.

Lead investigator Cynthia Ogden told the New York Times that this is the first indicator of any decline in obesity seen in any US population segment. The Times attributed the shift in part to better food choices by new parents, but also to changes in the federal WIC (Women, Infants & Children) programs, Michelle Obama’s initiatives such as Let’s Move, and municipal rulings such as bans on trans fats and mandates for calorie counts on restaurant menus.

But before chalking one up for the “Nanny State,” it’s important to keep in mind that Dr. Ogden’s team found that in the population as a whole, there were no significant changes in obesity whatsoever. The CDC estimates that roughly 35% of all adults, and 17% of all teens were obese in 2012.

The decline in young children—who make up a small fraction of the population—was somewhat offset by an increase in obesity among women over 60.

Given that childhood obesity is a strong predictor for overweight, diabetes, CVD and cancer in adulthood, it is certainly a positive sign that only 1 in 12 young children were classified as obese in 2012.

But the trend was not evenly distributed across ethnic and racial lines. The data suggest that 1 in 9 young black children and 1 in 6 Hispanic children are obese.