Nearly 40% of normal-weight teenagers in the US show metabolic evidence of diabesity and increased cardiovascular risk. 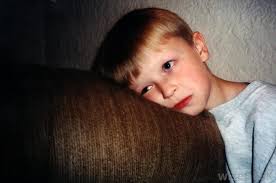 “They may not be fat but they’re sick,” said Mark Hyman, MD, speaking at the 2013 Integrative Healthcare Symposium.

The troubling finding emerged from a Centers for Disease Control & Prevention study of the prevalence of cardiometabolic risk factors among 3,383 adolescents aged 12-19 during the period from 2000 to 2008. During that 8-year span, incidence of “pre-diabetes” and type 2 diabetes combined increased from 9% to 23%. A majority of those diagnosed were overweight or obese, but the disorders were found in 13% of normal weight kids.

Dr. Hyman refers to this syndrome as the “skinny fat” phenotype: the kids are fat on the inside, though not on the outside. There’s too much fat–especially visceral fat–and not enough muscle.” The technical term is “Medically Obese, Normal Weight (MONW),” and it is widely prevalent among adults, too.

A recent study published in the Journal of the American Medical Association indicates that up to 21% of adults with type 2 diabetes were of “normal” weight when the diagnosis was made. The really disturbing thing is that mortality is twice as high among those who are normal weight at time of diagnosis as among those who are overweight/obese (Carnethon MR, et al. JAMA. 212; 308(6): 581-90).

The problem is overwhelmingly attributable to diet, says Dr. Hyman, especially to the amount of added sugar, artificial sweeteners, genetically modified ingredients and additives today’s children and adolescents are consuming.

“They are doing things to metabolism that have never been done before,” said Dr. Hyman, author of the popular books The Blood Sugar Solution, and UltraWellness.

He cited a number of other alarming studies, including one involving 559 adolescents, aged 14-18 years, showing that those in the highest tertile for fructose consumption had consistent elevations in systolic blood pressure, HOMA IR, CRP and visceral fat compared with those in the lowest tertile.

Kristi Hughes, ND, the Institute for Functional Medicine’s associate director for medical education, who shared the podium with Dr. Hyman, noted that the vast majority of kids are falling short on the phytonutrients they need to optimize metabolism and prevent early onset of obesity and diabetes.

She added that averting the impending crisis of chronic disease depends on engendering a passion for healthy eating among young children. “Insist on “eating rainbow” every day! Teach kids about cooking in color. Teach the kids, and they will teach the parents.”

Dr. Hughes said teaching families to understand the powers and properties of various foods is a big part of her clinical practice. To do this effectively, one must understand the cultural, social, economic, and emotional issues around a family’s choice of foods. Dogmatic, one-size-fits-all dietary recommendations rarely work.

Parents often unwittingly put their kids on the pathway to pathology by using candy, cookies or other junk foods to incentivize obedience or encourage certain behaviors. This is a bad approach, abeit a common one.