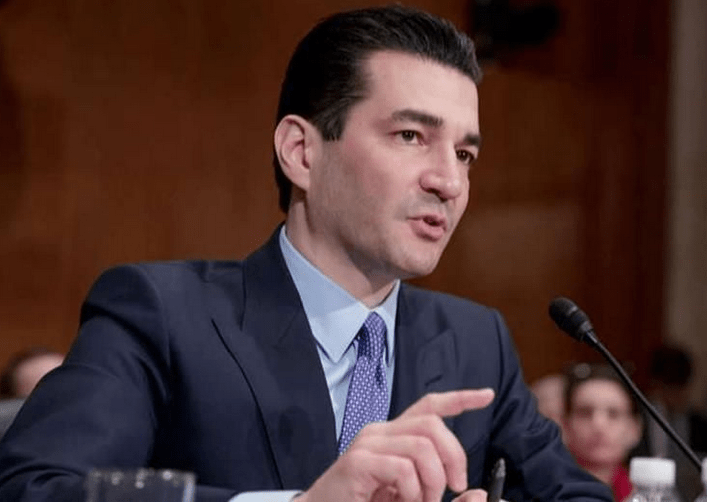 FDA Commissioner Scott Gottlieb’s  resignation, will leave two key aspects of dietary supplement regulation in limbo: the legality of supplements containing cannabidiol (CBD), and the possibility of a major revision of the Dietary Supplement Health and Education Act (DSHEA)—the federal statute that governs the industry.

The move, announced on March 5, surprised many within and outside the government, and sent shockwaves through the pharmaceutical and natural products industries.

Though his resignation letter to Health and Human Services secretary Alex Azar, gave no reason for the decision, Gottlieb has indicated that he desired to spend more time with his wife and three children, and that the constant travel between Washington and his home in Westport, CT, had become burdensome.

Some observers have suggested that Gottlieb may have been under pressure to resign owing to his highly aggressive stance against the tobacco and e-cigarette industries. However, there are no signs that the White House wanted him to step down, and he appears to be leaving on good terms with President Trump and his administration.

Others infer that the entrepreneurial physician—prior to his FDA post Gottlieb was a venture capitalist in the pharmaceutical sector—might possibly be motivated by potential opportunities in the private sector.

The resignation came just three weeks after Gottlieb announced the FDA’s intention to revisit and modernize DSHEA. This would be the first serious review and revision of the law since it was passed 25 years ago.

That announcement preceded a volley of FDA warning letters to supplement companies making unapproved claims about treatment of cancer, diabetes, Alzheimer’s disease, and other serious disorders. Under DSHEA supplements cannot be marketed for prevention or treatment of any disease states—even if there is good evidence that they have positive therapeutic effects.

In February, Gottlieb called for a series of public hearings to initiate the review and revision of DSHEA with an eye toward a “balanced approach,” that would give the agency greater authority to quash prohibited ingredients and unlawful claims, while also ensuring that consumers have free access to potentially helpful products.

Gottlieb also supported a mandate to require that supplement companies list all of their products and ingredients with the FDA, an idea that garners mixed reviews from the industry.

A political conservative who was a resident fellow at the American Enterprise Institute, an influential right-wing think tank, Gottlieb was among the few Trump administration appointees to win respect across the political spectrum.

He is generally regarded as friendly toward dietary supplements, though few in the field would go so far as calling him an ally.

Since taking the helm at FDA in May 2017, he has made several public statements about his own use of supplements, and was certainly more open to the potential of these products than were many of his FDA predecessors.

It is ironic that he announced his resignation on the opening day of the Natural Products ExpoWest—a massive yearly trade show covering the entire field of supplements, organic and natural foods, and other health-focused, eco-conscious products. This year’s event drew in the ballpark of 90,000 people to Anaheim.

“Scott Gottlieb was bright, highly-regarded, and well-respected on both sides of the aisle,” said Loren Israelsen, executive director of the United Natural Products Alliance (UNPA), an industry trade organization.

Israelsen, one of the original architects of DSHEA, says he and his organization—like many other trade groups—are generally supportive of the concept of “DSHEA 2.0,” and agreed with Gottlieb that the law, though fundamentally sound, is due for a thorough review.

With Gottlieb stepping down, that initiative is in question, though most industry insiders believe that the intention to review and revise DSHEA is widely shared throughout the FDA and is far more than simply a personal crusade of Gottlieb’s.

“His (Gottlieb’s) decision to leave was known for 30-40 days before it was announced. I doubt that the FDA would have allowed him to talk about revising the supplement regulations if it were solely his agenda, and not part of a deeper interest within the agency,” said Israelsen at a UNPA members meeting at ExpoWest.

Gottlieb, a Hodgkin’s lymphoma survivor, presided over a number of important initiatives in his short tenure, including: new rules restricting the marketing of e-cigarettes to teens; banning mentholated cigarettes; multiple efforts aimed at reducing the prevalence of opioid addiction, increasing access to affordable generic drugs, modernization of approval process for novel drugs and medical technologies such as gene therapies; and implementation of new regulations for improving food safety;

In the natural medicine world, Gottlieb will be best remembered as the FDA official who presided over the landmark approval of Epidiolex, the first prescription drug derived from cannabis.

The Epidiolex approval last summer, followed by the passage of the Farm Bill in December, added fuel to an already frenzied market for hemp-derived CBD-containing supplements.

Late last year, Commissioner Gottlieb issued a statement acknowledging that while the Farm Bill does legalize the growing, processing and sale of industrial hemp (defined as cannabis containing less than 0.3% THC) and the Drug Enforcement Agency has taken hemp off the Category I controlled substances list, it does not in any way legalize the use of CBD in dietary supplements.

He reiterated the long-standing FDA position that CBD is not a recognized dietary ingredient, and that is not permissible for use in foods, beverages and supplements.

But shortly before his resignation, Gottlieb told the House Appropriations Committee that the FDA plans to hold public hearings that could lead to a new regulatory “swim lane” permitting the use of low-concentration CBD in supplements.

Industry insiders say CBD and hemp are among the few issues in Washington about on which there is strong bipartisan support. The hemp industry is growing very rapidly, creating many new job opportunities—especially in agriculture-heavy states—and few in congress want to see federal agencies squelch a highly popular product category.

The first of these meetings was held on May 15, with a major hearing slated for May 31.

Who will replace Dr. Gottlieb as the next FDA Commissioner? No one knows.

On March 12, the agency announced that Dr. Ned Sharpless—currently head of the National Institutes of Health’s cancer division–will take the wheel as acting chief following Gottlieb’s exit.  Whether Sharpless will become Gottlieb’s formal successor remains to be seen.

Israelsen, who has decades of experience in Washington, DC, stressed that the position of FDA commissioner requires Senate confirmation; it is not a presidential appointment. Consequently, it will likely take a lot of time—especially given the rancorous state of affairs on Capitol hill.

If a strong nominee is not confirmed within the next year, the process could drag on for a lot longer given the reality that by the summer of 2020, many legislators will be wholly focused on the November elections.