Is the Time Right to Revise DSHEA? 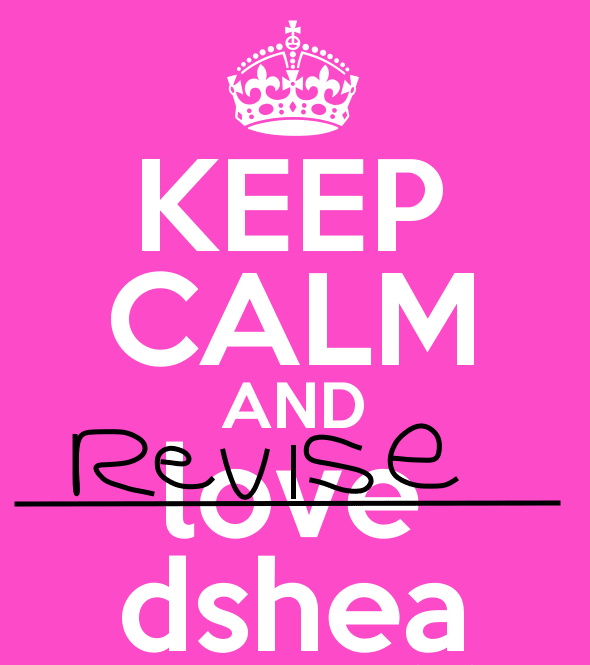 The Dietary Supplement Health and Education Act (DSHEA) has certainly had its share of critics over the 25 years since it was signed into law by then-President Bill Clinton.

Some contend the regulation is weak, and that it gives the supplement industry too much latitude, while providing too little consumer protection.

On the other side, many argue that the law puts a stranglehold on truthful communication about supplements, and that it creates disincentives for the type of clinical research that would advance nutritional medicine.

To date, however, there has been little motivation from either side to push for major revision of the landmark law. Supplement industry leaders have preferred to leave well enough alone, accepting the restrictions imposed by DSHEA’s structure-function claims language in exchange for the freedom to market their products without FDA pre-approval.

Even the industry’s most vehement critics in Congress have opted to leave DSHEA alone, partly because supplements are immensely popular with the public, but also because regulating this industry—or any industry, for that matter– is a pretty low priority on today’s political ledger.

But all this could change in the coming years.

As supplements move from the margins to the mainstream of healthcare, supplement makers are beginning to chafe at the limitations imposed by DSHEA. They want to be able to prove the clinical benefits of their products through large-scale clinical trials, and they want to be able to communicate the data in clear, unambiguous language that practitioners —and administrators—understand.

At this year’s NBJ Summit, an annual gathering of several hundred nutrition industry executives, 70% of those polled said they believe the time is now right to open DSHEA for revision, with the objective of winning greater freedom to make meaningful science-backed claims.

This represents a significant change in attitude. Just a few years ago, the prevailing sentiment was that the regulations were best left untouched, and that any attempt to revise the rules would subject the industry to unwanted scrutiny and ultimately play into the hands of a pharmaceutical industry bent on squelching the supplement sector.

But over the last five years or so, there has been a gradual convergence between the supplement and pharmaceutical industries, as the former matures and the latter seeks new markets in the post-blockbuster era.

At a recent gathering of several hundred nutrition industry executives, 70% of those polled said they believe the time is now right to open DSHEA for revision, with the objective of winning greater freedom to make meaningful science-backed claims.

“We don’t see the same antagonism coming from Big Pharma now as we did when DSHEA was passed,” said Joanne M. Gray, a partner at Goodwin, a corporate law firm doing a lot of work in the supplement, OTC, and pharmaceutical industries. “They (pharma companies) are just much more accepting of the science, and much more active in the (supplement) industry themselves.” 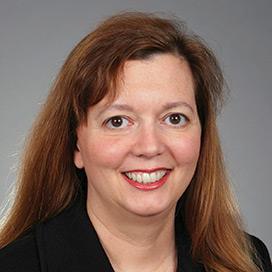 Speaking at the NBJ Summit, Gray said she sees a new alignment of financial and scientific interests between pharma and nutra, and that both industries are slowly discovering a shared interest in revising the regulations on supplements.

“Pharma is no longer always saying that supplement companies are putting out unproven products with bad claims in violation of FDA law. Instead, they are starting to buy those companies,” says Gray. “For Big Pharma, the patents are running out, the easy molecules have all been discovered. It is much harder to get a product out on the market. And even when you do find a new product, because of personalized medicine nowadays, you don’t get 20 million people on it. You get smaller subsets.”

The supplement industry, with its wide spectrum of ingredients, its spirit of innovation, and its massive consumer base, is suddenly becoming highly attractive to pharma companies looking for new and thriving market segments.

Jennifer Cooper, a research & development consultant who has worked on over 300 product launches for pharma, OTC, and supplement companies, also sees a gradual neutralization of the historic animosity between the two industries. Speaking at the NBJ Summit, she said the time is right for a bit of regulatory disruption.

“It’s not nobility, necessarily. It’s that the financial interests are more aligned now than ever before. There’s a natural overlap (for supplements) in consumer healthcare and OTC. And there’s $17 billion worth of drugs coming off patent on the Rx side in the next 8 years. They (pharma companies) are shopping for replacements for that. The gaps may not be filled with other Rx products. And they certainly won’t be the blockbusters that we are used to.”

The pharma industry is strongly driven by capital markets, and investors scrutinize the R&D pipelines closely. These days, those pipelines are looking mighty dry at most big drug companies.

The convergence between pharma, nutra and OTC consumer products actually began in the mid-1990s, when American Home Products acquired Solgar—a venerable vitamin brand. AHP was later sold to Wyeth, which was ultimately acquired by Pfizer. Several other drug companies also experimented with supplements during the ‘90s. But in general, the pharma and nutra industries remained quite separate and relations between them were cool at best.

“We don’t see the same antagonism coming from Big Pharma now as we did when DSHEA was passed. They (pharma companies) are just much more accepting of the science, and much more active in the supplement industry themselves.”–Joanne M. Gray, Partner, Goodwin

Industry watchers say more pharma-nutra acquisition deals are on the horizon, and that the Rx and OTC industries may soon become valuable allies in constructively reshaping supplement regulations. Simply put, pharma now has more to gain than to lose.

Two-thirds of the attendees polled at NBJ believe greater involvement of pharmaceutical industries in the nutritional supplement space will ultimately lead to positive regulatory change.

“One of the push-backs to regulatory reform has been that pharma has not wanted supplement companies to make any kind of claims besides S/F claims, even if the claims are true. Because pharma didn’t want to have their profits stepped on,” Gray said.

“But as pharma companies are buying more supplement companies, they are starting to say, “Hey, let’s back off on that, because we’re basically eating our own children!””

One need not be a regulatory expert to understand how DSHEA discourages supplement companies from funding clinical research: it prohibits them from using disease treatment or 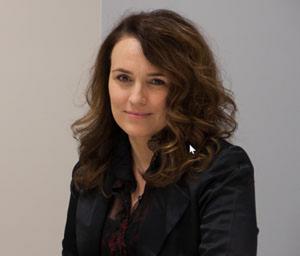 prevention studies to promote their products.

“In the area of clinical research, this is where a change in the regulatory environment can really help us,” said Ms. Cooper, who is chief science officer for Savant Science, an R&D consulting firm. “We’re at a disadvantage, even if we want to spend good money on good clinical studies, because of the limitations of S/F claims. It’s really hard to make well people more well.”

She added that many supplement companies want to fund studies of people with specific illnesses or who are experiencing drug side effects. But such research makes little economic sense, because they cannot use the data to market their products.

When it comes to much-needed disease prevention studies, Gray sees DSHEA as essentially a gag rule imposed by the FDA.

“We can fund them, we can run them, but we can’t say what the results are, we can’t use them in our marketing. We can’t take those studies and convert them into helping the health of America, and helping to grow our businesses. Who’s going to run a study if they can use the results to sell their product?”

Reversing Side Effects: A Leverage Point

Gray sees attenuation of pharmaceutical side effects as one issue for which the supplement industry just might find some traction when it comes to regulatory reform.

She noted that there are several different types of supplements—probiotics, for example—that can help reverse the negative impact of things like antibiotic drugs or intensive cancer chemotherapies.

Under DSHEA, side effects are considered a form of disease, and therefore “amelioration of side effects” is not an allowed supplement claim—even if there’s good evidence to support it.

“That’s crazy, because it is not helping the health of America,” said Gray. She believes the industry could make a fairly strong case for a regulatory status change on this particular issue.

“Pharma is not going to push back on us for that, because they want people to be able to continue the drugs. People go off their drugs—particularly the serious chemotherapeutic agents because they’re having horrible side effects. And they get far less effective treatment, far fewer cures. And so we can place ourselves in adjuvant therapy, allowing people to stay on their drugs for longer, allowing people to complete their treatments. That, to me, is a match between personalized medicine and personalized nutrition. It could help us push the regulatory status in terms of what we can say.”

“Do we have the political champions to lead a “DSHEA 2.0” initiative? The answer is No.” –Loren Israelsen, President, United Natural Products Alliance

What a revised version of DSHEA would look like is anybody’s guess, at this point.

Some in the industry would like to see the law opened for major revision. Others are more cautious, and would prefer to push for greater claims latitude by other legislative means.

Focus on the Farm Bill

Loren Israelsen, president of the United Natural Products Alliance, was among the architects of DSHEA back in the early 1990s. He worked closely with the bill’s principle sponsors—Sen. Tom Harkin (D-IA) and Sen. Orrin Hatch (R-UT)—to create a bill that balanced the public’s demand for wider access to vitamins and herbs, with the FDA’s consumer protection imperative, and the pharma industry’s desire to keep disease treatment claims as the exclusive province of FDA-approved drugs.

While acknowledging and encouraging the industry’s newfound desire for regulatory change, Israelsen urged caution. The political situation now, he stressed, is quite different from that of 1994.

Aside from the general madness of partisan politics these days, the industry’s two main champions—Harkin and Hatch—are out of the picture. Harkin retired five years ago, and Hatch will end his long senatorial tenure at the close of this year.

“Do we have the political champions to lead a “DSHEA 2.0” initiative? The answer is No,” Israelsen said. The supplement industry’s list of congressional friends is short at this point, and without strong legislative allies, any attempt to revise DSHEA will be futile at best, dangerous at worst.

Rather than rewriting the law, Israelsen suggested that a wiser strategy is to concentrate on pushing new “food as medicine” provisions in a future version of the Farm Bill.

The Farm Bill must be reauthorized every 5 years. Each time it comes up for renewal, there are opportunities to address a host of issues related to agriculture, nutrition, and health—as evidenced by the inclusion of language legalizing industrial hemp—and potentially hemp-derived substances like CBD–in the 2018 bill.

The Farm Bill comes up for renewal again in 2023.

“We have 5 years to think through what we would like to see as far as supplements and nutrition-based healthcare in the 2023 Farm Bill,” says Israelsen. “I believe we can achieve much of what we want as far as a “DSHEA 2.0” through a food as medicine model.” The Farm Bill, he says, is a safer vehicle for doing that.

There were few, if any, medical voices involved in the development of DSHEA and the regulatory framework that emerged from it.

That made sense back in1994: Only a small percentage of practitioners used supplements and herbs at that point in history, and most of them were trying to stay out of the spotlight for fear of disciplinary action.

Today, the landscape is completely different. Many practitioners recommend or dispense supplements, and many of the nation’s leading medical centers have integrative or functional medicine departments where these products are part of the therapeutic tool box.

Holistic physicians will be affected by any future changes to supplement regulations; they ought to have a place at the table and a voice in the dialog.