Anyone who claims, “There’s no science behind dietary supplements” is not paying attention. 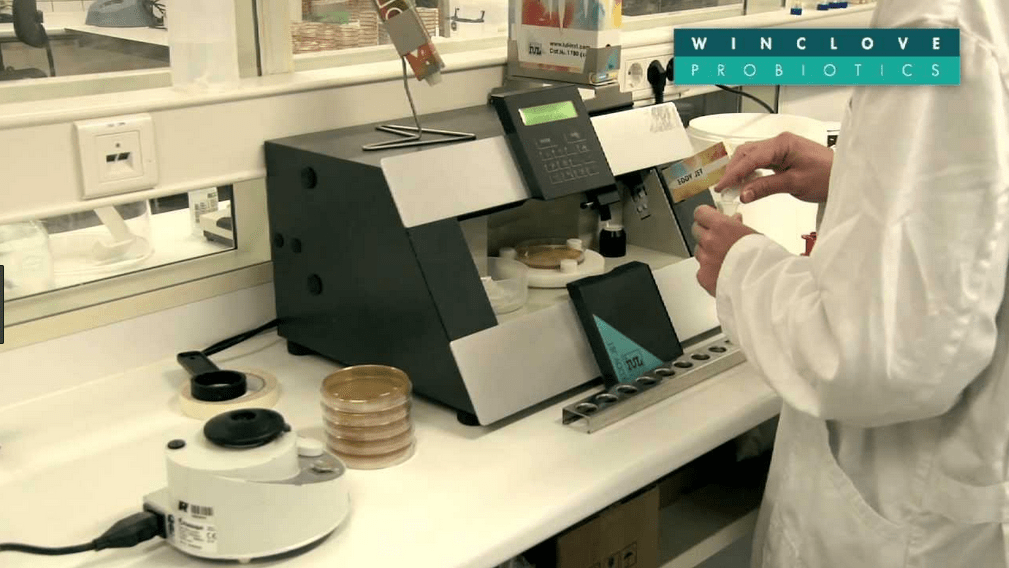 Research on the impact of various vitamins, minerals, fats, and other nutraceutical substances is progressing at a rapid pace, despite the disincentives created by a regulatory system that prohibits supplement companies from using clinical data to make prevention or treatment claims (see, Is the Time Right to Revise DSHEA).

Nowhere is this growth in research more apparent than in the realm of probiotics. Search PubMed for this term and you’ll find almost 22,000 citations, roughly half published in the last 5 years. Over the past 12 months, there were 2,775 probiotics-themed studies.

“Winclove’s business model is to identify different probiotic strains, test them for potential effects against specific indications, then do the animal and pre-clinical studies, leading up to actual clinical trials,” explained Nigel Pollard, CEO of Soho Floridis International, Klaire Labs’ parent company. Target gbX, which contains 6 distinct species of Lactobacilli, and 3 species of Bifidobacteria, is “the first probiotic specifically formulated for components of depression,” Pollard says.

Klaire’s development team also works closely with Jane Foster, PhD, a behavioral neuroscientist at McMaster University in Ontario, who is among a global network of researchers who study the ways that gut bugs communicate with each other and with their human hosts. The microbiome affects human mood more than we realize. Foster and others in this field of “psychobiotics”—to borrow a term from authors John Cryan and Ted Dinan—are working to translate these new insights into the world of clinical practice.

“Winclove’s business model is to identify different probiotic strains, test them for potential effects against specific indications, then do the animal and pre-clinical studies, leading up to actual clinical trials.” –Nigel Pollard, CEO, Soho Floridis International

Shortly after launching Target gb-X early in 2018, Klaire introduced Target b2 (Breast and Baby), another condition-specific probiotic utilizing a unique strain of L. fermentum (CECT5716) shown to help reduce mastitis—a problem that affects roughly one-third of all breastfeeding women. It has the added benefit of simultaneously stimulating the infant immune system.

Originally developed by a Spanish company called Biosearch Life, this strain reduces Staphylococcus—a primary pathogen in mastitis. It offers a non-toxic alternative to antibiotic drugs, which are not always effective for mastitis, but often cause significant damage to both the maternal and infant microbiomes.

“There’s nothing else like this,” says Jeremy Appleton, ND, Klaire’s VP of Science and Education. “It is effective at very low CFUs—as low as 3 billion per day, though you can go as high as 9 billion.”

Probiotics have always been Klaire Labs’ strong suit, even prior to the acquisition by SFI. The company’s Ther-Biotic is one of the best-selling broad-spectrum probiotics in the practitioner space, and also one of the oldest. 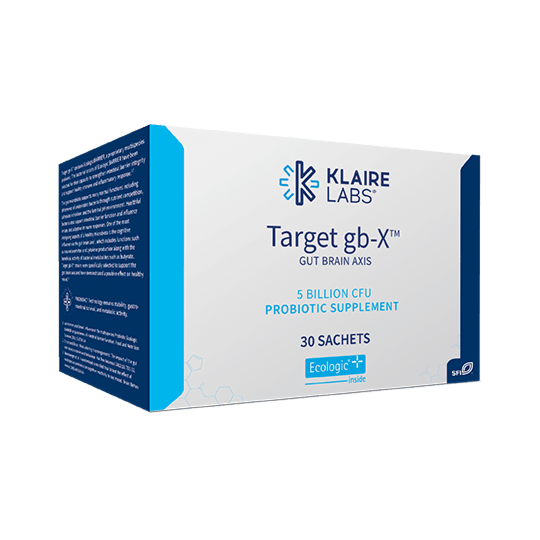 The company’s new mandate is to build on Klaire’s reputation for clean, hypo-allergenic products with new formulas backed by strong research pedigrees.

“We are in the space between commodity mass-market natural medicines and the Big Pharma model,” says Pollard, who worked in the drug industry for years before a personal experience with European herbal medicines opened his eyes to other possibilities.

SFI’s innovations extend beyond probiotics. On the horizon are:

FODMAP compliant prebiotics: Clinicians and researchers alike are starting to realize that many people have sensitivities to dietary FODMAPs (Fermentable Oligo-, Di-, Mono-saccharides And Polyols) found in many fruits and vegetables. Many common prebiotic fibers are FODMAPs, and sensitive people cannot use them. Klaire is working on a product based on alpha-cyclodextrin, a non-FODMAP fiber that is better tolerated by people on FODMAP elimination diets.

Enzymes for Starch Maldigestion: As many as 10% of all Americans have starch maldigestion problems, which are strongly correlated with IBS. Klaire is developing a high-dose enzyme product specifically for this problem. A clinical trial in the works at Baylor College of Medicine.

Appleton says the company is also in early stage development on: prebiotic/probiotic combinations for IBS and leaky gut; a product targeting gluten digestion; an intravaginal probiotic combo for vaginitis; a histamine stabilizer; a non-toxic alternative to NSAIDs; and a product aimed at brain support for people recovering from addiction.

SFI is also funding a multimillion dollar Diabetes Prevention Study at the University of Sydney’s Boden Institute of Obesity, Nutrition, Exercise and Eating Disorders. The trial, currently in process, involves 400 people with metabolic syndrome, and tests whether SFI’s FBCx (alpha-cyclodextrin) in combination with IlHwa’s GinST-15 ginseng extract can prevent progression to Type 2 Diabetes. “We think it is the largest trial ever done for a natural product in this sector,” says Pollard.

In many ways, branded ingredient companies are the research engines that drive supplement industry innovation.

Companies like Lonza, Kyowa Hakko, Kemin, Albion/Balchem, Sabinsa, PLT, FutureCeuticals, Indena, and others do not sell finished products to practitioners or consumers. Rather, they develop and market distinct patented forms of particular nutrients or herbs—a uniquely bioavailable curcumin extract, a more absorbable magnesium chelate, a more stable form of glutathione—and supply these to the industry as raw materials.

“Practitioners need to know they are recommending products that are most likely to deliver results for their patients. They can’t afford to rely on ingredients with “borrowed science” or untested efficacy.”–James Lugo, PhD, Chief Science Officer, Lonza

Typically, branded ingredient makers invest heavily in basic and clinical research to support their patents. They have the resources to fund the sort of large-scale trials that get published in serious journals. They also provide clear dosing guidelines for their ingredients, a safeguard against the all-too-common practice of “fairy-dusting”—using negligible amounts of popular ingredients in multi-ingredient formulas.

“Just because something is from the same plant as something else does not mean the two extracts are equivalent,” says James Lugo, PhD, Chief Science Officer at Lonza, a Swiss chemical company that is one of the world’s largest ingredient suppliers.

“Practitioners need to know they are recommending products that are most likely to deliver results for their patients. They can’t afford to rely on ingredients with “borrowed science” or untested efficacy.”

Companies like Lonza have the wherewithal –and the motivation–to hold finished product brands to task on the integrity of their formulations. 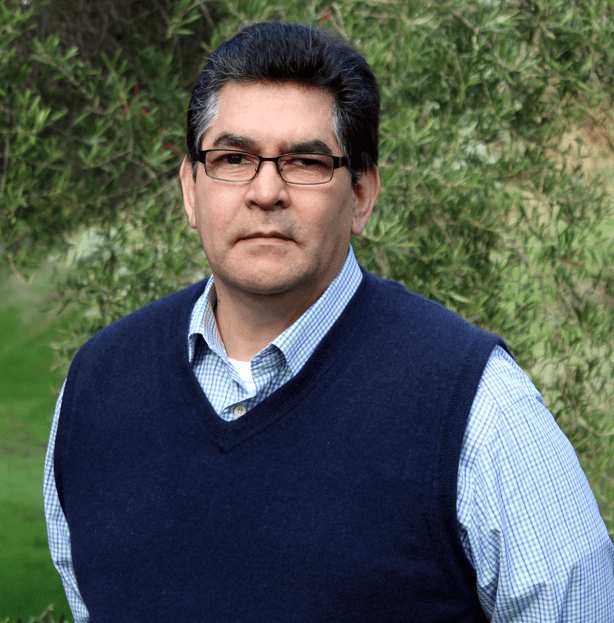 “I can’t tell you how many times we’ve caught companies not using the clinically relevant doses of our ingredients. We know how much we sold to them, and we can check how much they sell, and what is claimed on their labels. Sub-effective doses lead to suboptimal outcomes, which hurt our brands. So we look at this stuff very carefully,” Lugo said.

Generic ingredient suppliers have neither the resources nor the incentive to do the research or monitor the use of their raw materials.

Most top-tier practitioner-focused companies are using branded actives, though they may or may not promote them on their product labels. But practitioners can always ask about this: the use of well-researched ingredients is an indicator of a company’s commitment to product quality.

Lugo has led two clinical studies of UC-II, an undenatured form of type II chicken collagen that has become one of Lonza’s top selling ingredients. The most recent trial involved 191 people with knee osteoarthritis. They were randomized to UC-II (40 mg daily), glucosamine-chondroitin (1500 mg & 1200 mg respectively), or a placebo for a period of 180 days.

The collagen group showed markedly lower overall WOMAC scores, as well as better sub-scores for pain, stiffness, and physical function (Lugo JP, et al. Nutr J, 2016: 15:14). The precise mechanisms behind the observed benefit are not entirely clear, though there is some evidence that undenatured collagen contains immunomodulatory compounds that can recruit T-regulatory cells into regions of inflammation, leading to a down-regulation of the inflammatory cascade.

Lugo acknowledged there are many other forms of collagen out on the market, however all of them are denatured or hydrolyzed by heat or chemical treatment. UC-II is undenatured, which makes it more effective at smaller doses.

“There’s nothing wrong with denatured or hydrolyzed collagen. It’s just that you need 6 grams per day to get the clinical effects.”

“If your product works, people will feel better, and if they feel better, they’ll keep using the product,” says Lugo, adding that three years ago, Pfizer began adding UC-II to its Caltrate bone and joint formula.