Could Genomic Testing Improve the Diagnosis of PTSD?

Soldiers involved in war consistently show high rates of post-traumatic stress disorder (PTSD). This is not surprising, of course: the trauma and violence of combat have profound neurologic impact, as has been recognized throughout the history of warfare.

The diagnosis historically referred to as “combat fatigue,” “shell shock,” or “war neurosis” originates from observations of the effect of combat on soldiers and the grouping of symptoms that are now used to characterize PTSD. Further it is well understood that there are high rates of Substance Use Disorder (SUD) in combat veterans, which can compound the problem of PTSD.

Comparing the current conflicts in Iraq and Afghanistan to previous American wars, there are markedly fewer combat-related deaths per year. Our military medical corps is much better equipped to treat the physical traumas of combat than were their predecessors in past wars. 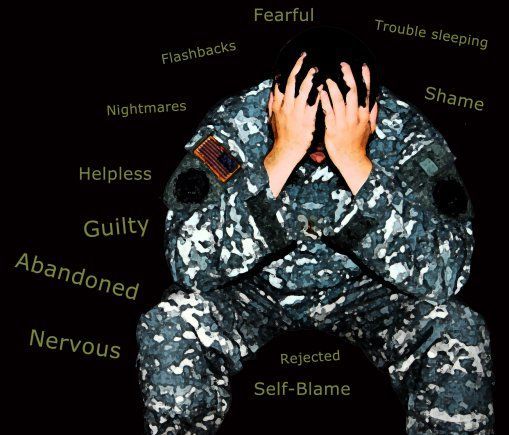 Yet, the neurological burdens and long-term psychosocial sequela of combat remain very high. According to the Department of Veterans Affairs in June 2010, there were 171,423 Iraq and Afghanistan war veterans diagnosed with PTSD, out of total of 593,634 patients treated by the VA.

Approximately 30% of men and 27% of women who served in the Vietnam War, have or have had PTSD at some point in their lives. In the first Persian Gulf War, estimates of PTSD prevalence ranged from 9%-24%.

Though health care and social service professionals have gotten much better at detecting PTSD, it can be challenging to accurately diagnose the true endophenotype of PTSD in returning veterans. Further, the PTSD phenomenon begs a very significant neurobehavioral question: Why is it that some combatants develop PTSD, while others do not? Further, why is it that some individuals with PTSD develop drug abuse or impulsivity problems, while others do not?

One study of Army soldiers screened 3 to 4 months after returning from deployment to Iraq showed that 27% met criteria for alcohol abuse. They were also at increased risk for related harmful behaviors (e.g., drinking and driving, using illicit drugs).

A genetic testing study looking at variants of the Dopamine Receptor D2 (DRD2) allele, a key gene in the dopaminergic neurotransmitter system, showed that 35 PTSD patients with the A1(+) (A1A1, A1A2) allele consumed more than twice the daily amount of alcohol as the 56 patients with the A1(-) (A2A2) allele. When the hourly alcohol consumption was compared, A1(+) allelic patients consumed twice the rate of the A1(-) allelic patients (Young RM, et al. Alcohol & Alcoholism. 2002 Sep-Oct;37(5):451-6.]

We believe that genetic predispositions play a role, and that by incorporating genetic testing for specific genetic polymorphisms associated with PTSD, we can not only improve the accuracy of PTSD diagnosis, but also detect the disorder earlier, and treat it more effectively. Early detection is especially important, because early treatment can potentially reduce vulnerability to long-term PTSD sequela, and also possibly lead to improved treatment options.

The biological underpinnings of the immediate and protracted trauma-related

neurological changes are extremely complex. Forty years of research on humans and other mammals have demonstrated that trauma has long-term effects on neurochemical responses to stressful events. These include changes in the magnitude of the catecholamine response and the duration and extent of the cortisol response. The characteristics of an individual’s catecholamine response to stress are affected to a large degree by genetic factors.

Thus understanding many of the genetic and environmental interactions contributing to stress-related responses has provided a map for the diagnosis and treatment of individuals vulnerable PTSD.

Our laboratory proposed in a recent article that successful treatment of PTSD will involve preliminary genetic testing for specific polymorphisms (Bowirrat et al. Curr Neuropharmacol. 2010 Dec;8(4):335-58). There is an emerging consensus that interactions between different genes and also between genes and the environment make certain people more vulnerable to developing PTSD, while others have greater resilience and are less vulnerable.

We, and others, have identified multiple genes involved in regulating the function of the major neurotransmitter systems that are associated with susceptibility to PTSD. These include genes regulating the serotoninergic and dopaminergic systems (DRD2, DAT, and DBH), glucocorticoid, GABAergic (GABRB), apolipoprotein systems (APOE2), brain-derived neurotrophic factor, Monamine B, CNR1, Myo6, CRF-1 and CRF-2 receptors, and neuropeptide Y (NPY) systems.

The DRD2 A1 allele has been consistently identified in soldiers showing signs of PTSD compared to soldiers without PTSD. Family-based studies have shown that carriers of the DRD2 A1 allele are less able to deal with stressful events compared with non-carriers of this allele (For more on the DRD2 allele and its role in substance abuse problems, read Natural Domapine Activator Improves Outcomes of Addiction Recovery).

Certainly, we need more gene-environment studies that focus on distinct endophenotypes, and on influences from environmental factors. However, testing for polymorphisms already recognized to be associated with PTSD could, in the near future, provide a powerful tool to diagnose suspected veterans after deployment and combat.

My research team has been working to develop a PTSD genetic risk panel designed for wide clinical use. We have already received United States and foreign patents, and the tests are being validated in a large multi-center study. We hope to have the tests ready for market by the 4th quarter of 2012. Once the tests are validated, Dominion Diagnostics, a Rhode Island-based diagnostic testing company, will make the panel available to clinicians. 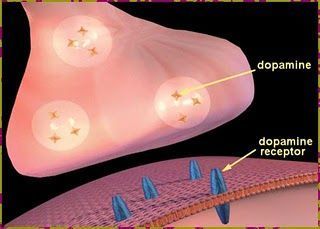 A major thrust of our research has been toward the development of novel, nutraceutical treatment options that can up-regulate the expression of genes that regulate the dopaminergic “reward” systems in the brain. Over the years, we have developed a formula called SynaptaGenX, a natural dopaminergic activator with important anti-stress and anti-craving effects. It is being used in addiction recovery clinics, and may have a role in the management of PTSD.

The formula is available in both oral and intravenous form. Taken as a supplement, 2 tablets, twice daily, ideally 1-2 hours before meals, SynaptaGenX

provides specific precursor amino acid,s as well as compounds that inhibit degradation of enkephalins and catecholamines in the synaptic spaces. The net effect is to increase dopaminergic “reward” activity in the mesolimbic system.

Development of the product was guided by 23 human studies including several placebo controlled, single-, double-, triple-blinded trials, and some using neuroimaging techniques. We’ve seen consistent positive effects in the management of addiction problems. The trials were recently summarized by Chen and colleagues in the Journal of Psychoactive Drugs (Chen TJH et al. J. Psychoactive Drugs, 2011 [in press]).

In the context of PTSD, the formula gives patients a feeling of well-being, the result of enhancing dopaminergic function, without itself being addictive. It also reduces the frequency and intensity of PTSD symptoms. These important anti-stress properties are augmented by anti-craving actions, making it useful for treating PTSD patients who also have addiction issues.

Using qEEG, we showed that the combination of ingredients in SynaptaGenX can reverse the altered neurobiology of substance-addicted individuals, increasing alpha wave and low beta wave activity in the parietal brain region. Since people with PTSD show similar EEG abnormalities, it is likely that they will show similar responses.

This formula may have real benefit as an adjunctive intervention for PTSD. Given the absence of effective drug therapies for this condition, a safe, non-toxic nutraceutical based approach certainly warrants further investigation.