Oral supplementation with modified citrus pectin (MCP)—an immunomodulatory compound derived from the peel and pulp of citrus fruits—can delay progression of biochemically relapsed prostate cancer (BRPC), according to a new study presented at a recent symposium on gastrointestinal cancers sponsored by the American Society for Clinical Oncology (ASCO). 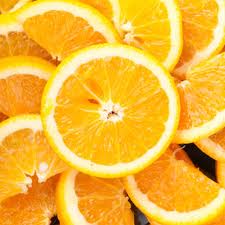 The study, which is ongoing, involves 60 men with biochemically relapsed non-metastatic disease, defined as a continuous rise in prostate-specific antigen despite definitive surgical and/or radiation interventions. Historically, cancer progression accelerates in 80% of men with BRPC within 6 months.

Daniel Keizman and colleagues at the Meir Medical Center, Kfar-Saba, Israel, worked collaboratively with oncologists at several other centers in Israel, to determine whether MCP could change PSA dynamics and alter progression rates.

All patients in the study showed three consecutive rises in PSA following surgery or radiotherapy, as well as serum testosterone levels over 150. However, they showed negative PET-PSMAs, bone scans, and CT scans.

MCP has multiple biological effects: it stimulates natural killer cells, and can bind toxins including lead, mercury, and arsenic, making it a useful natural ingredient in nutraceutical formulations for detoxification.

In the cancer care context, it has interested researchers and oncologists because it can bind—and therefore inhibit—galectin-3, a carbohydrate-binding protein that plays a key role in tumor angiogenesis, metastasis, and immune system evasion. By binding galectin-3, MCP interferes with cell-to-cell interactions within tumors, leading to tumor cell death.

An earlier pilot trial in prostate cancer patients showed that daily supplementation of MCP improved PSA dynamics in 7 out of 10 patients.

In the current study, Keizman and colleagues put all 45 patients on treatment with PectaSol, a branded form of MPC (EcoNugenics) at a dose of 4.8 grams, thrice daily, for 6 months.

At the end of the 6-month period, they underwent clinical evaluations that included PSA tests and full PET, CT, and bone scans. Those who showed evidence of disease progression—PSAs greater than 25% from baseline, or radiological signs of progression—were taken off the MCP protocol. Those with stable disease continued on with MPC for an additional 12 months.

In a poster presentation at ASCO, Keizman and colleagues reported on 35 patients who had completed that initial 6-month treatment phase.

Compared with the expected disease progression rates, based on the natural history of untreated BRPC in an international database, the 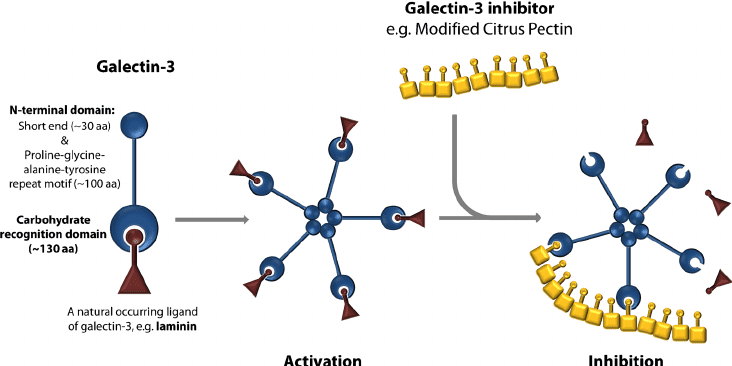 Twenty-seven of the 35 (79%) showed a significant increase in PSA doubling time. Twenty-one of them (62%) actually showed decreases in their PSA levels, along with negative bone and CT scans. All of these men entered the second 12-month treatment phase.

Four patients (12%) showed PSA increases without changes on their scans, and 3 (9%) had PSA increases plus evidence of progression on the radiological examinations.

Generally speaking, MCP is safe, with little risk of severe or life-threatening adverse effects. However, it can trigger abdominal cramps, diarrhea, bloating and other forms of GI discomfort.

In this Israeli study, 6 patients experienced significant MCP-associated bloating, which was classified as “grade 1 toxicity.” There were no incidents of serious side effects, and none of the 35 patients had to interrupt or discontinue the PectaSol treatment.

“The present analysis demonstrates the benefits of PectaSol MCP on progression of non-metastatic BRPC, and exhibits 50% improvement over historical data,” the authors reported at ASCO. They added that a final report will include full 18-month treatment data from all 60 enrolled patients, as well as detailed analysis of serum galectin-3, cytokine levels, and immunological measurements.

There are a number of previous studies indicating the potential for pectin, and particularly PectaSol MCP, in the treatment of various forms of cancer. A 2009 review article by US-based researchers Vladislav Glinsky and Avraham Raz, attributes the anti-metastatic and apoptotic effects observed in cell culture studies as well as clinical trials in part to its ability to bind galectin-3. But they stress that this is, “one bullet, many targets” (Glinsky V, Raz A, et al. Carbohydr Res. 2009; 344 (14): 1788-1791).

Though there is considerable in vitro evidence and data from early-phase clinical studies to suggest that MCP has a role in cancer care, there is not yet a definitive clinical study.

That said, mainstream oncology clinics beginning to recognize the possibility that MPC may have value.

The Memorial Sloan Kettering Cancer Center’s website states: “Pectin has been promoted for reducing the risk of colon cancer and for reducing damage from radiation therapy but there is insufficient scientific evidence to support these uses. In a small non-randomized study, MCP was shown to increase the doubling time of prostate-specific antigen in patients with prostate cancer.”