Oxidative stress is one of the main factors responsible for DNA fragmentation in human spermatozoa, and a key contributor to male infertility, which is on the rise in the US.

According to several recent studies, supplementation with Coenzyme Q10 can attenuate this oxidative damage and improve multiple parameters of sperm health, making it a valuable tool in the care of infertile couples.

Infertility affects roughly 15% of couples in the United States (Thoma ME, et al., Fertil Steril. 2013; 99 (5):1324-1331). In about half of them, the problem is attributable to a male factor. While genetic conditions and structural issues may be the root cause of male infertility, one-third of all cases are classified as “idiopathic” or unexplained. 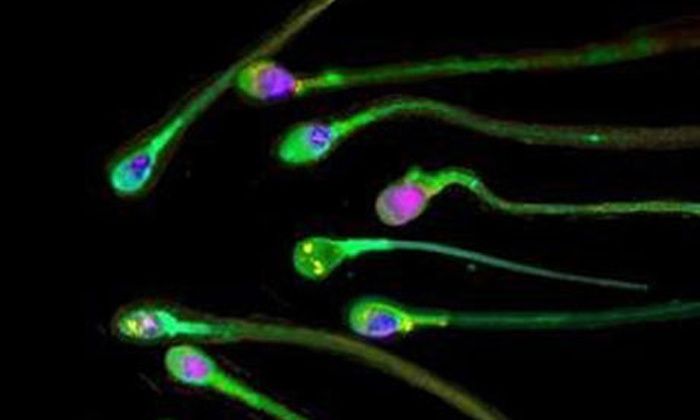 population has decreased by 50% in 50 years (Carlsen E, et al., Br Med J. 1992; 305 (6854): 609-613). These changes happened so rapidly that genetics alone could not account for them. Researchers postulate that environmental and lifestyle factors might be to blame.

DNA fragmentation has been implicated as the most important indicator of fertility problems, even more so than traditional semen parameters (Wright C, et al., Reprod BioMed Online. 2014; 28 (6): 684-703).

As reactive oxygen species (ROS) are produced during natural cellular functions, the body must use its antioxidants to neutralize them. Poor diet can lead to antioxidant depletion, and condition is exacerbated by inflammatory conditions and immune system over-activation.

ROS can oxidize lipids found in sperm membranes in a way that can degrade or permeate them and cripple motility (Makker K, et al., Indian J Med Res. 2009; 129: 357-367). Since sperm cells contain minimal amounts of cytoplasm, they do not have the cytoplasmic enzymes necessary to repair the damage. Once they are crippled, there is little that can be done.

Infertile men often have high levels of ROS whereas fertile men do not. The total antioxidant network contained within the seminal fluid is crucial for the neutralization of these free radicals and for the maintenance of sperm integrity. Poor diet, stress, sickness, chemical exposure, chronic inflammation and other circumstances typical of modern living contribute to depletion of antioxidants in semen.

Over the years, a number of research teams have looked at antioxidant supplementation for enhancing male fertility.

CoQ10 is the most commonly studied single antioxidant used for this purpose. It is unique in that it also plays a key role in cellular energy production and is found in high concentrations in tissues with substantial energy needs. This is especially important for sperm since their motility has a large energy requirement. Low motility can be caused by a depletion of intracellular energy or ATP (Nakata K, et al., Med Gas Res. 2015; 2, doi: 10.1186/s13618-014-0023-x).

CoQ10 has been found to impact all three of the basic semen parameters (morphology, concentration, motility) and seems to have the greatest overall effect on motility.

However, three years later, the same research group found that 200 mg of CoQ10 over a 3 month period not only reduced oxidative stress, but also improved semen parameters and positively correlated with an increase in superoxide dismutase (SOD) and catalase, two other essential antioxidants found in semen (Nadjarzadeh A, et al., Andrologia. 2014; 46 (2): 177-183).