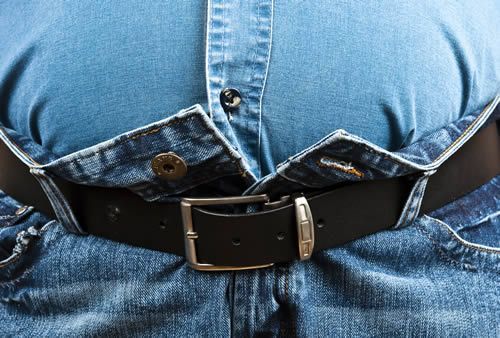 Women tend to be the focus of much of the public and clinical attention on weight problems—presumably because women are more likely to seek care, and social norms pressure women to be thin. But overweight is actually more common among men, said Dr. La Puma, author of the forthcoming book, Men Don’t Diet, Men…Refuel.

Calling it the “other gender gap,” Dr. La Puma said, “Men are asleep at the wheel of their health.”

The Other Gender Gap

In many ways, men are far less healthy than women.

Average US life expectancy is 76 years for men versus 81 for women. Lifetime cancer risk is 50% for men versus 33% for women. As of 2006, 6% of all US males had been diagnosed with T2D, compared with 5.5% of women. Both numbers are markedly increased from under 3% in the late 1980s, and there’s no reason to think the trend has slowed down in the 7 years since those figures were published.

Coronary heart disease is the number one killer of both men and women in America, but mortality starts at much younger ages in men. Dr. La Puma noted that between the ages of 45-65, men average approximately 265,000 new and recurrent myocardial infarctrions or fatal CHD events compared with only 95,000 in women. In the 65-74 bracket, there were 180,000 new cases among men and 95,000 in women.

It’s no big secret that men are less likely to seek medical attention, but on a population basis, the numbers are quite alarming.

Given the protracted recession, the high unemployment rates, and the number of people who have lost their healthcare insurance over the past 6 years, the disparity pattern has probably gotten worse since those data were published.

In many ways, men are far less healthy than women.

Average US life expectancy is 76 years for men versus 81 for women. Lifetime cancer risk is 50% for men versus 33% for women. As of 2006, 6% of all US males had been diagnosed with T2D, compared with 5.5% of women. Both numbers are markedly increased from under 3% in the late 1980s, and there’s no reason to think the trend has slowed down in the 7 years since those figures were published.

Testosterone, like many other hormones in both males and females, tends to decline with age. By age 45, testosterone production slows down in most men, and by age 60, a man’s total testosterone level is considerably lower than it was in his 40s. No big surprise there.

But what IS surprising is the fact that at all age points, men today have lower average testosterone levels than their predecessors.

In a landmark prospective study published in 2006, Thomas Travison and colleagues at the New England Research Institutes reported on total serum and free testosterone levels from three large cohorts of Boston-area men, aged 45-79 years. The cohorts represented distinct data collection “waves” separated in time by several years. The first group was tracked from 1987 to 1999, the second from 1995-1997, and the third from 2002-2004.

They found, “a substantial age-independent decline in T that does not appear to be attributable to observed changes in explanatory factors, including health and lifestyle characteristics such as smoking and obesity.”

Dr. La Puma emphasized that this is by no means a local phenomenon. Similar patterns have been shown in populations across the globe. “There’s been a worldwide testosterone decline.”

Sperm counts are also declining. In 2007, an alarming report from the University of California San Francisco entitled Shaping Our Legacy: Reproductive Health & the Environment (pdf), indicated that average sperm counts had dropped by 50% over the last 50 years. At the same time, 46% more men are getting testicular cancer, and 76% more men are getting prostate cancer.

The pan-global “sperm crisis” was the subject of a contentious day-long debate at last summer’s meeting of the European Society of Human Reproduction & Endocrinology (ESHRE), and was covered in the Wall Street Journal and other media outlets. Among the headline-grabbing findings was a French study showing a 33% decline in sperm concentration among French men from 1989 to 2005.

Declining testosterone, increased insulin resistance and weight gain in men are all strongly associated with deposition of visceral fat, a phenomenon that is increasingly recognized as a primary factor in the pathophysiology of many disorders in men.

Overweight men are nine times more likely to have low testosterone than those who are not overweight.

Insulin sensitivity shows a strong inverse relationship with visceral fat as a percentage of total body weight. This was well-documented in women 1996 by Carey and colleagues, who showed that those with BMIs greater than 25 were much more likely to be insulin-resistant than those with BMIs under 25. Presumably a similar relationship holds in men as well, and it is arguably more dangerous in males.

Visceral fat is, more or less, an estrogen factory, converting testosterone to estrogen leading to further fat deposition and greater metabolic dysregulation. It is, says Dr. La Puma, a primary factor in the declining testosterone levels seen in industrialized nations.

To condense all the physiology down into terms most guys will understand, Dr. La Puma poses a sharp question: Is your belly turning you into a girl?

Poor diet is a contributor to the problem, but it is not the only one. Dr. La Puma contends that environmental toxins, pesticide residues and drug metabolites also play a major role in estrogenizing men.

“Atrazine, Bisphenol-A (BPA), DDT, DES Phthalates, PCBs are all hormonally active. These are every day chemicals that are widely used and highly prevalent in our lives.” 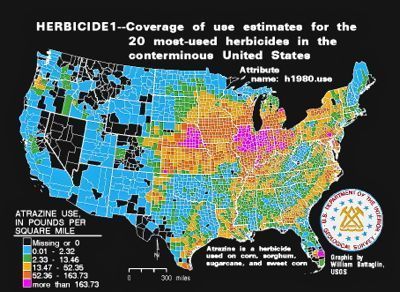 Many people do not realize that there are upwards of 75 million pounds of Atrazine herbicide—an androgen antagonist–pumped into earth every year to produce corn. “It leaks out into the water supply, and has spread from the Midwest to New England, down into south, and it spreads west only stopping the continental divide.”

Comparing a map of atrazine use with one showing obesity trends, there’s a marked and disturbing geographic overlap.

Given the high prevalence of both obesity and low testosterone, it’s no surprise that use of testosterone replacement therapy (TRT). Since 2001, the number of TRT prescriptions has tripled. Last year, TRT racked up $2 billion in sales, and could hit $4 billion by 2017. 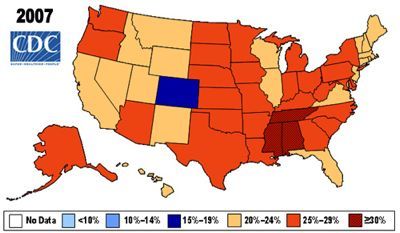 “Doctors are prescribing T for erectile dysfunction, but it doesn’t work well for that,” said Dr. La Puma, adding that in roughly one-third of all men who get TRT from walk-in clinics, nobody has even measured their testosterone levels.

This, he says, is a dangerous trend, because TRT is not without risks. Known adverse effects include: thickening of blood clots, reduced sperm count, liver problems, male pattern baldness, acne, higher risk of CVD, and gynecomastia. Further, transdermal testosterone—the most common mode of TRT delivery–can rub off on the user’s family members or partners.

Some researchers have suggested that TRT increases the risk of prostate cancer. While that’s not been definitively proven, Dr. La Puma says it’s certainly plausible, and worth considering.

The bottom line is that TRT needs to be used far more judiciously; it is only appropriate for men with documented low testosterone levels.

The reality is that lifestyle changes are much more effective in maintaining testosterone, regulating weight, improving glucose metabolism, and reversing risk of serious disease.

Dr. La Puma noted that men who eat healthfully and exercise regularly typically sustain their mid-life testosterone levels well into their 60s and 70s. The age-associated declines are not necessarily inevitable, nor are they irreversible.

The Refuel program which Dr. La Puma has been developing with his patients over the past few years provides a comprehensive blueprint for helping men make and sustain meaningful diet and lifestyle changes. It’s packed with recipes—Dr. La Puma is also a trained chef and wine expert—and tailored to hit the “reward” circuits in mens’ brains.

Success and pleasure, he says, are much better long-term motivators than fear, privation and nagging.

Here are some of his tips for helping men grab hold of the steering wheel of their own health.

The CYCYP Test: Nothing quite makes the point about visceral fat like having a man look up, then look straight down, and asking, “Can you see your penis?” An answer of “No,” will likely provide way more motivation than a battery of biomarkers and lipid measures.

Eat Crucifers: “This is evidence-based medicine!” says Dr. La Puma. Cruciferous veggies like Brussels sprouts, watercress, kale, mustard greens, cauliflower, broccoli, and daikon are packed with glucobrassin and other sulfur compounds that convert estrogen to its least estrogenic forms. Steaming is the best mode of preparation.
Add Vitamin D: This vitamin lowers sex hormone binding globulin (SHBG). In one study, men who had D levels under 40, showed a 10% increase in total testosterone following supplementation that raised serum D levels over 50. If men are vitamin D-deficient they will show a testosterone rise after 3,000 units. “I start with 1,000 units per day. I’m conservative,” Dr. La Puma said.

Cut Carbs Twice Weekly: Carving out the carbs forever is not a feasible option for most guys. But the vast majority can handle a major carb-cut every few days. Dr. La Puma recommends that patients commit to eating no more than 50 grams of carbs twice weekly. On other days, they can eat carbs freely (within reason of course). This pattern, which most guys can embrace, simulates the alternating cycles of caloric plenty & poverty that our paleo ancestors faced.

Squat, Don’t Run: Running is not an efficient way to burn visceral fat. Squats, pushups, Burpees and jumping jacks are far better. Dr. La Puma recommends quick cycles of 10-second high-intensity bursts several times per day. “We do this with guys who are not at all fit. It gets them going and puts points on the board right away.”

Avoid Plastics: Make men aware that many forms of plastic contain estrogenic compounds. Whenever possible avoid plastic food containers and bottles, and seek out Phthalate-free and BPA-free containers. Never heat plastics, as heat will cause the release of toxins. That means no microwaving food containers.