Is “Keto” the Key to Reversing Diabetes? 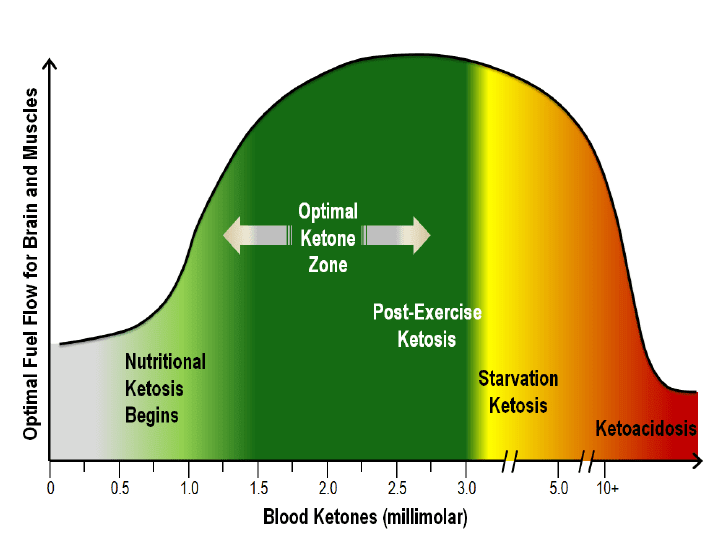 SEATTLE — A wave of recent studies show that in many cases, type 2 diabetes is partly or wholly reversible with high fat, very low carb ketogenic diets.

Speakers at the Personalized Lifestyle Medicine Institute 5th annual Thought Leaders Consortium urged the clinical community to radically re-think the received wisdom about this common disorder, and start applying diet and lifestyle programs that actually address the root causes of the condition.

Fresh data from an ongoing study of 232 overweight or obese women and men with type 2 diabetes (average age 54 years, average BMI of 41), provide evidence that after 10 weeks on a carefully-formulated low-carb ketogenic diet, 36% were able to stop insulin therapy completely, while an additional 51% were able to significantly lower their doses.

Mean hemoglobin A1c (HbA1c) measures dropped from 7.5% to 6.5%, with 56% of the participants reaching A1c levels below the diagnostic threshold for diabetes. This was accompanied by clinically significant weight loss in 71% of cases (McKenzie A, et al. JMIR Diabetes. 2017 2 (1): e5).

Though many clinicians and researchers have long predicted the possibility, this is the first large-scale study to show that major biomarkers of type 2 diabetes can be consistently shifted in the right direction via dietary interventions.

“We are very pleased with what we are seeing,” said Stephen Phinney, MD, PhD, Chief Medical Officer and co-founder of Virta Health, a San Francisco based clinic specializing in lifestyle-based treatment of diabetes and related metabolic diseases. “And all of this is based on eating to satiety. There are no additional medications, no calorie counting, no anxiety.”

Dr. Phinney told PLMI attendees that while he hesitates to say ketogenic diets can “cure” diabetes, he is firmly convinced they can help to reduce its morbidity, mortality and financial cost.

“We are scientists, so we stick to what the data allow us to say. We’re not saying this is cure or remission. But we are able to take biomarkers of this disease and make them much better. Maybe in 5 years, we can talk about remission.”

The study, a collaboration between Virta and researchers at Indiana University Health, will continue for a total of two years.

The notion that prolonged ketosis can increase insulin sensitivity, normalize glucose and engender health in people with diabetes is not new. Elliott Joslin himself recognized the phenomenon. Preliminary trials documenting the benefits of strict carb restriction go back to the mid-1970s, when Bistrian and colleagues showed that seven out of seven insulin-treated diabetics no longer needed insulin after 19 days on a very low calorie (600-800 kcal/day) ketogenic diet (Bistrian et al. Diabetes. 1976; 25(6): 494-504).

Several other studies since the 70s have shown similar results. The problem is that these studies were mostly done in institutional settings, not out in the real world of patients’ lives. Secondly, intense caloric restriction is not sustainable over the long term.

What’s changed over the last 40 years is the depth of scientific understanding about how ketosis affects metabolism, and the skill with which clinicians—and health coaches—are now able to implement ketogenic diets.

The gist of this strategy involves shifting the body’s metabolism from a state of glycolysis, in which energy is supplied by glucose, to ketosis, in which the body burns fat-derived ketones as its main fuel. Ketone production is highest when glycogen stores are depleted, insulin is low, and glucagon and epinephrine levels are high.

“Long chain fatty acids are bulky fuels, like unsplit logs,” explained Dr. Phinney. They can’t easily circulate in blood, and are not readily transported across cell and mitochondrial membranes. But if the liver cuts a long-chain fat into shorter chains—say, a 16-carbon palmitate gets split into four molecules of the 4-carbon beta-hydroxybutyrate (BOHB)–it becomes water soluble and much more metabolically useful.

So long as we have other sources of energy, humans do not need carbohydrates. The minimum daily carbohydrate requirement to sustain life is zero! We may enjoy them, but they are not necessary for life.

Technically, ketosis begins when blood ketone concentration rises to the range of 0.1 to 0.3 mmol/L. In the short term, this is fairly easy to obtain through total fasting for a day or two. A prolonged total fast for a week will generate ketone concentrations of 5-7 mmol/L, a tenfold change.

Keto-acidosis, which can be deadly, occurs in the range of 10-20 mmol/L, again an order of magnitude higher than the levels produced by a week of fasting.

The level of ketosis needed for sustained weight loss and reversal of diabetes biomarkers begins at around 0.5 mmol/L BOHB, with the “optimal ketone zone” being between 1.5 and 3.0 mmol/L. Go above 3.0 and you’re on the threshold of starvation, explained Dr Phinney.

He and his colleagues have worked for years to develop a diet plan—and a patient coaching system—that enables people to reach an effective level of ketosis in a safe, sustainable, and stress-free way.

Virta’s recommended Whole Food Ketogenic Diet (WFKD) is roughly 70-75% healthy fats, 15-20% protein, and only 5-10% carbs. But Dr. Phinney stressed that this is not a pre-packed meal plan; it is based on real, whole foods that patients choose and prepare for themselves.

“This is not a boring diet, it is actually quite tasty and satisfying,” Dr. Phinney said. “It’s about real food, not chemical formulas. It includes lots of avocado, butter, olive oil, coconut oil, and can include dairy.” It is also highly adaptable, and easily customized to each patient’s preference and budget.

The Virta approach is unapologetically “high-fat.” Dr. Phinney says this is necessary for several reasons: Physiologically, it primes the system to burn fat rather than carbs as a primary fuel. It is more satisfying because it enables people to eat to satiety, and is therefore more sustainable over the long-term. Combined, this means greater adherence and better outcomes.

Contrary to the prevailing medical belief that high-fat diets are risky, Dr. Phinney contends that when compared side by side with a low-fat, high-carb regimen, Virta’s WFKD delivers better outcomes across multiple parameters, with no increased risk. There’s data to prove it.

One of Virta’s goals is to get as many diabetics as possible off their medications.

In 2009, researchers at the University of Connecticut randomized 40 overweight, dyslipidemic, pre-diabetic patients, with BMIs greater than 25, to follow either a low-carb, high fat diet (LCD) or a low-fat, high-carb (LFD) diet for 12 weeks.

Surprisingly, the people in the low-carb group had dramatically lower serum levels of saturated fat despite a three-fold higher daily intake of fat-rich foods. This, said Dr. Phinney, is because a few days on a high fat diet—without the big carb loads—ramps up the body’s ability to metabolize and oxidize fat.

“You are not what you eat,” he stressed. “Eating a lot of saturated fat on a WFKD is not dangerous because you double the body’s capacity to burn fat as fuel.” He acknowledged, however, that it takes several weeks of ketosis to fully make this transition.

In addition to its direct impact on metabolism, controlled ketosis also has very meaningful anti-inflammatory effects.

A 2008 study of overweight men and women at high cardiovascular risk showed that a very low-carb ketogenic diet produced marked reductions in 7 out of 14 inflammatory biomarkers, including IL-6, IL-8, and TNF-a. Among the patients assigned to a low-fat, high-carb diet, these markers increased (Forsythe CE, et al. Lipids. 2008: 43 (1): 65-77).

“No drug can do this. Diet is a much more potent tool,” said Dr. Phinney, who was a co-author of this study.

The research on nutritional ketosis underscores an important but overlooked biological fact: so long as we have other sources of energy, humans do not need carbohydrates. The minimum daily carbohydrate requirement to sustain life is zero! We may enjoy them, but they are not necessary for life.

Why, then, do current American Diabetic Association guidelines suggest that diabetics—who suffer from dysfunctional carbohydrate metabolism—should eat 40 grams of carbs per meal?

The guideline is predicated on the assumption that diabetics are—or ought to be—on medications that could easily tip them into hypoglycemia without sufficient blood glucose to burn. These and other official guidelines assume that diabetes is irreversible, and can only be “managed” by a lifetime of insulin and other pharmaceuticals.

Dr. Phinney stressed that one of Virta’s goals is to get as many diabetics as possible off their medications.

While the ketogenic diet plan is central to creating the physiological shifts, Virta’s coaching system is essential to making the lifestyle change work for patients in their day-to-day lives.

Trained fitness coaches overseen by physicians provide patients with education and guidance on implementing the dietary changes. They also stay in continuous contact with each patient via text and teleconsultations. For their part, patients track their meals, meds, activity, blood sugar and other biomarkers thrice daily. The coaches, and when necessary, the physicians, monitor these data streams in real time, providing feedback, suggestions, and support.

This IT infrastructure is as important as the actual diet, because nutritional ketosis involves a major shift not only at the physiological level, but also in the realm of personal, family, and community habits.

“You cannot do this casually. It can be difficult to sustain. Relapses can occur and they need to be dealt with very quickly,” he said, adding that it is definitely not something people should try by themselves. “This needs a lot of guidance”