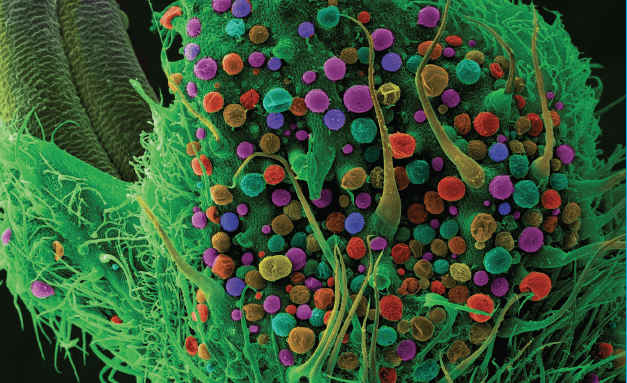 If you are confused about the therapeutic value of hemp oil, cannabidiol (CBD), and other cannabis-related substances, and you’re scratching your head trying to figure out what’s legal and what’s not, that’s good: It means you’re paying attention.

The explosive growth of consumer demand for hemp-derived products is simply unprecedented in the history of holistic medicine.

The sheer volume of supplements, foods, and personal care products containing CBD and other cannabinoids, and the health claims made—or insinuated—are enough to boggle even the most well-informed mind.

The truth is, Cannabis sativa is a biochemically complex plant, with an equally complex medical, social and political history. The species name covers both the tetrahydrocannabinol (THC) -producing “cannabis” (aka Marijuana) strains and the low-THC hemp forms. Both produce hundreds, if not thousands of potentially bioactive compounds, though the news focus—and the research—have been primarily on THC and CBD.

The science on cannabis is characterized by a lot of compelling preclinical research, but relatively few rock-solid human clinical studies. In part this is because until recently, it was more-or-less illegal in the US to study cannabis or compounds derived from it. As a Schedule I substance—which was how the Drug Enforcement Agency classified it until passage of the Farm Bill late last year—all forms of cannabis were by definition drugs of abuse with no therapeutic value.

Existing human studies have mostly been done outside the country, or on high doses of purified CBD, or on specific strains of THC- and CBD-containing cannabis, tightly controlled by the federal government.

In today’s hot market, existing clinical data are being stretched like Silly Putty to serve promotional purposes for which the studies were never intended.

On the regulatory side, cannabis and hemp are subject to a crazy quilt of federal and state regulations—all of which are in flux and subject to variable enforcement (see Cannabis & Hemp: A Regulatory Update).

None of this is dampening investor enthusiasm. Market valuations for publicly traded hemp and cannabis companies average well over 100 times actual revenue. And in many cases, the revenue is nothing to sneeze at.

“This is something we’ve never seen before,” says Anthony L. Almada, head of a nutrition industry consulting firm called IMAGINutrition.  A researcher, product formulator, and consultant, Almada has seen a lot over his 4 decades in the natural products space.

“There are a lot of unknowns, plus a lot of marketing hype, plus a lot of placebo effect, plus a greatly bubbled investor market putting billions into it. Coca-Cola, Big Pharma, Big Tobacco are all buying in. That’s a convergence we in the nutrition industry are experiencing for the first time,” Almada told Holistic Primary Care. “There’s an enormous gap between what is promised and what is real.”

Beneath the scientific, regulatory, and economic complexities are a host of emotionally charged though seldom stated issues: personal health empowerment versus corporate protectionism; free market-ism versus regulation; science versus commerce; states’ rights versus federal mandates; personal freedom versus public good.

Like I said, if you’re struggling to figure out what these products are, what they really do, whether they’re legal, and what to tell your patients, you are not alone. Everyone’s trying to get a handle on cannabis, hemp, and CBD.

The numbers vary. But everyone following this field agrees that sales of hemp and cannabis products are growing at spectacular rates.

According to a report by BDS Analytics, a leading investment research firm founded by nutrition industry veteran, Roy Bingham, the cannabis/hemp industry as a whole generated revenues of $9 billion in 2017, a figure cited in a recent post on CNN Money. It’s a worldwide phenomenon, expected to hit $17 billion by year’s end. With the market accelerating at its current rate, US sales alone could hit $22 billion by 2022. 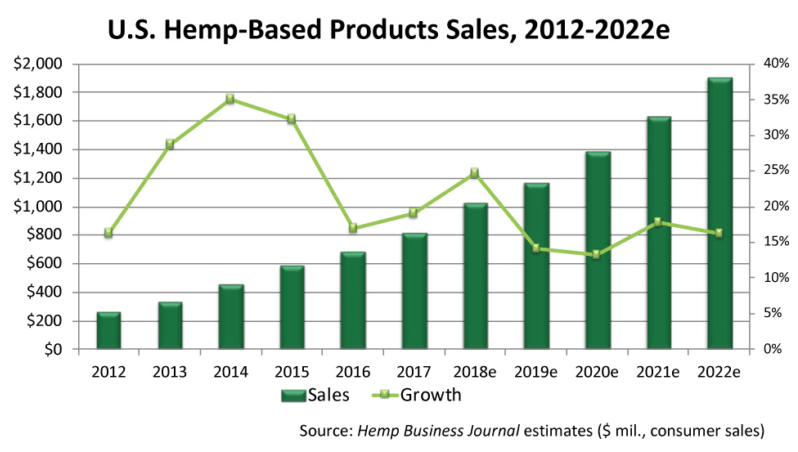 The figures include legal sales of cannabis (aka THC-containing Marijuana) for medical and recreational use in states where it has been decriminalized, as well as therapeutic products derived from hemp (cannabis plants that produce less than 0.3% THC).

According to CNN, this level of sales is on par with that of the entire snack bar industry.

Within this broad market, hemp-derived products containing CBD are expected to hit $1 billion within 3 years, according to the Brightfield Group, another analytics company tracking the industry. Sales of CBD-containing hemp hit $170 million in 2016, with a compound annual growth rate (CAGR) of roughly 55%, according to Forbes.

Notably, doctors’ offices accounted for 9% of total sales, according to Brightfield.

Those estimates were published before the FDA’s landmark approval last summer of Epidiolex, a prescription-only form of highly purified CBD indicated for specific childhood seizure disorders, and before passage of the 2018 Farm Bill which freed “industrial hemp” (with THC content under 0.3%) from Schedule I narcotic status.

Even by more conservative estimates, the cannabis-hemp product sector is growing by 30% per year or better.

That growth potential has sparked a level of investor exuberance—some would call it lunacy—not seen since the heady dot.com days of the late 1990s.

Stocks in publicly traded cannabis and hemp companies are selling at “wild valuations” according to analyst Brian Livingston, in a recent post on Dow Jones’ MarketWatch. Citing a PwC Canada (Pricewaterhouse Coopers) study of the 15 biggest publicly traded cannabis companies, Livingston notes that after excluding the highest and lowest outliers, these companies are valued at 103 times revenue, on average.

For comparison, Bank of America has an enterprise value-to-revenue ratio of roughly 1.1 and Apple—one of the most consistent stock market performers—has 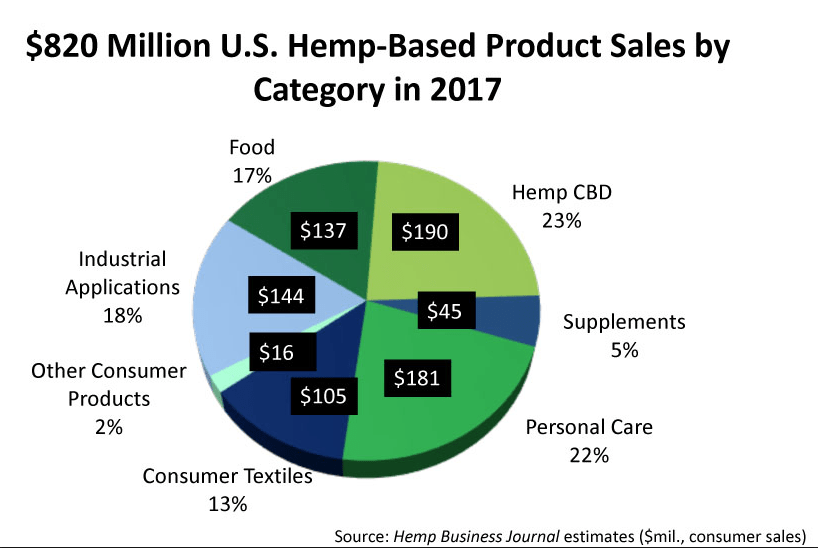 The field is attracting some of the world’s biggest corporations. Late in 2018, Altria (formerly Philip Morris)—the tobacco company that owns Marlboro, Parliament, and other popular smokes—announced a $1.8 billion investment in, and an intention to acquire Cronos, a Canadian producer of medical and recreational cannabis. That deal followed a $4 billion investment by Constellation Brands—owners of Corona beer, Svedka vodka, and a host of wineries—in Canopy Growth, one of Canada’s oldest and biggest cannabis companies.

In September Coca-Cola announced that it was in dialog with Aurora Cannabis, another Canadian medical cannabis brand, with an eye toward CBD-infused soft drinks.

On the pharmaceutical side, GW Pharma’s Epidiolex is the first-ever FDA-approved prescription drug derived from the cannabis plant. It presently enjoys the status of being the only naturally-occurring prescription cannabis extract on the US market. GW is expected to generate revenues in the range of $1 billion to $2.2 billion this year.

Other pharma and biotech companies, buoyed by the Epidiolex approval, have entered the arena. AbbVie, a spinoff of Abbott Labs, with a product portfolio that includes Humira, is working on a cannabinoid drug for nausea and anorexia, according to a recent report by Investor’s Business Daily.

Dozens of smaller companies, are also developing hemp/cannabis drugs or patentable synthetic cannabinoids. One of the most promising is Seattle-based Verda Bio, the first company to be granted a federal license to breed and analyze cannabis in the US.

Verda Bio is attempting to characterize previously unexplored cannabinoids, terpenes and other chemicals in the plant, with the goal of tailoring “cannabis-based therapeutics” to specific diseases like epilepsy, multiple sclerosis, and a range of different cancers. 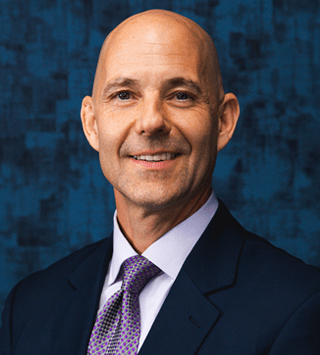 He told Holistic Primary Care that the company generated $35 million in the first three quarters of 2018, up from roughly $20 million the previous year.

CV Sciences (formerly CannaVest) produces softgels delivering 15 mg of hemp-derived CBD per 60 mg dose, in an olive oil base, as well as hemp oil drops and sprays. CV sells in direct-to-consumer retail stores and via healthcare professionals. The company also has a pharmaceutical division currently working on a hemp-derived drug for nicotine addiction.

The company is one of a handful that is investing seriously in clinical trials to support its products on both sides of the Rx / non-Rx divide. CV has also taken a step that Tomc wishes more companies would follow: thorough toxicological studies.

“The only way you can argue that you’re not in violation of the Food Drug & Cosmetic Act is to do the toxicology and show that your formulation is safe,” said Tomc in an interview. CV has done extensive analysis on its formulas—which are derived from a well-characterized strain of food-grade hemp aerial plant parts.

“We have total confidence in our lab, which is fully GMP compliant, and audited by Eurofins (an international network of food, supplement, and agricultural safety testing labs). We have an adverse events reporting system in place, and we established No Observed Adverse Effects Levels (NOAEL) status for our products, per criteria in the Food, Drug & Cosmetic Act. This is the first formal toxicological work done on a hemp extract since 1981.”

Since hemp oil formulations vary greatly—each company is developing its own formulas, using different extraction methods, and including (or excluding) different cannabinoids—it is essential that each brand prove the safety of its own products.

Like many in the field, Tomc stresses the need for more and better clinical research. But he contends that thorough, product-specific toxicological work is a prerequisite for human studies.

Industry observers expect a big wave of new research in the wake of the Farm Bill and its liberation of hemp from its prior “criminal” status. The National Library of Medicine’s ClinicalTrials.org database now lists more than 350 clinical studies of cannabis-related medicines currently in the works. 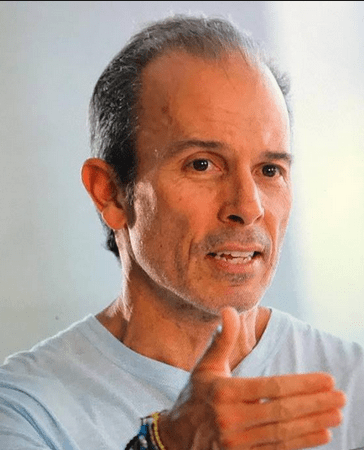 In the near term, the CBD rage will continue to be fueled more by evangelism than by evidence, says Almada.

“There’s a very bright, clear line between evidence and evangelism, and very few people respect it,” Almada told Holistic Primary Care. There are no products currently on the market, besides Epidiolex, that have actual human evidence from an RCT to support their claims.

Other claims are based on conjecture, basic science, animal studies, uncontrolled human trials, data “borrowed” from the prescription cannabinoid studies or studies of inhaled THC-containing cannabis, and anecdotal clinical observations. “The evangelism around CBD and hemp extracts goes beyond anything I’ve seen in 44 years in this industry” he says.

He stressed that beyond the seizure trials that led to approval of Epidiolex, clinical studies of conditions like anxiety, insomnia and others for which CBD is promoted, were testing dose levels in the 300-450 mg range, far higher than what is obtainable from retail hemp oils. And the data from these studies isn’t all that convincing.

“What I’m concerned about is that we have so many products on the market with 5, 10, 15, 25 mg of CBD. But what the research shows is that you’d need to take the whole bottle to see any sort of effect.