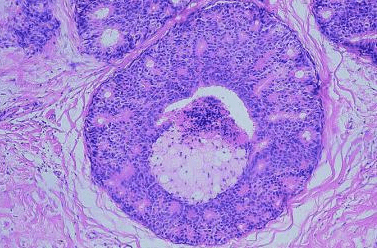 A physician-formulated combination of Turmeric, Astragalus, and other botanical and mushroom-derived ingredients is showing promise as a potential natural therapy for women with breast cancer.

Individually, all of these herbs and fungi contain bioactive compounds showing anti-inflammatory, immunomodulatory, hormone regulatory, and anti-tumor effects in cell culture and animal studies. In some cases, there are early-stage human studies also suggesting that these herbs have potential benefit against certain forms of cancer, including breast cancer.

The combination was developed by Isaac Eliaz, MD, and EcoNugenics, a California-based company that specializes in development of innovative condition-specific, botanically-based nutraceuticals. With this formula—marketed as BreastDefend—Eliaz hoped to create synergy between the various herbs optimizing their myriad anti-cancer and immunostimulatory mechanisms.

BreastDefend is taken orally, two to four capsules per day. A full four-cap dose delivers 950 mg of the quercetin-scutellaria-curcumin-astragalus combination, plus 500 mg of the mushroom combo, and 200 mg of DIM.

In a subsequent study of mice implanted with human metastatic breast cancer cells, the BreastDefend formula decreased incidence of breast-to-lung metastases by 70%. In the untreated control animals, 67% showed lung metastases; among the mice treated with the herbal combination that was reduced to 20% (Jiang J, et al. Oncology Reports. 2012;28:1139-45).

Though BreastDefend has not yet been subjected to a human clinical trial, the pre-clinical evidence is highly suggestive of potential benefit for preventing and treating various forms of breast cancer, alone and in combination with conventional therapies.

The combination of herbs and mushrooms in BreastDefend provides a very wide range of naturally occurring anti-tumor compounds that can:

Both in vitro and in vivo, it has been shown to sensitize tumors to a range of different anti-cancer drugs.

Diindolyl Methane (DIM): The most physiologically active metabolite of the glucosinolate compounds found in cruciferous vegetables, DIM also pushes estrogen metabolism toward production of 2-hydroxyestrone rather than the carcinogenic 16-hydroxyestrone metabolite.

DIM has shown growth limiting effects in a number of human cancers. It also has chemo-sensitization activity that helps reduce the toxicity of, and resistance to, conventional chemotherapeutic drugs (Ahmed A, et al. Curr Drug Targets. 2010;11(6):652-66)

Coriolus (Trametes versicolor); Reishi (Ganoderma lucidum) and Meshima (Phellinus linteus): The literature on each of these medicinal mushrooms is vast, and all have long

histories of use in traditional Asian medicine.