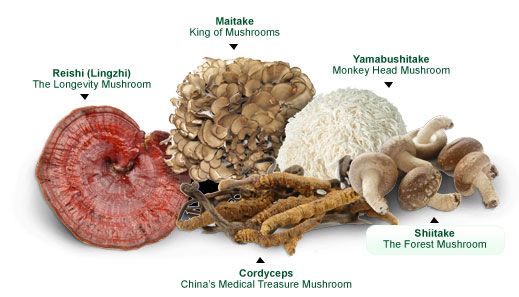 With a therapeutic legacy spanning millennia and a body of scientific research that continues to expand, medicinal mushrooms have earned a rightful place within integrative medicine as broad-spectrum adjuncts. Think of them as nature’s original “smart drugs.”

There are over 270 species of medicinal mushrooms, many of which continue to gain scientific attention for their abilities to modulate immunity, fight cancer, lower blood pressure, reduce cholesterol, reduce oxidative stress and protect against radiation damage. They offer powerful support for immune, digestive, hepatic, renal, endocrine, neurological health and more.

In western natural medicine, mushroom-derived compounds are best known for their abililty to support and regulate immunity.

Numerous compounds found in medicinal mushrooms have been shown to potentiate innate (non-specific) and acquired (specific) immune responses, and activate various types of immune cells and genetic components important for the maintenance of homeostasis. These include:

An extract of 1, 3 β-D-glucan isolated from the Maitake or “Hen of the Woods” mushroom (Grifola frondosa) is a novel macrophage activator, increasing the production of the cytokines IL-6, Il-1 and TNF alpha by macrophages (Adachi Y, et al. Biol Pharm Bull. 1994;17(12):1554-60). In addition to its medicinal properties, Maitake is a flavorful and increasingly popular culinary mushroom.

Immunotherapy is a cornerstone strategy in both mainstream and integrative cancer care. Mushrooms have been used for this purpose for thousands of years and demonstrate significant and clinically relevant activity against a number of cancers. 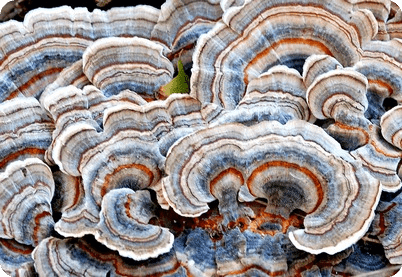 A systematic review of 13 clinical trials looking at the impact of Coriolus versicolor on cancer survival showed significant survival advantage in patients with breast, colorectal and gastric cancer treated with chemotherapy plus mushroom extract, compared with standard chemotherapy alone. Overall, there was a 9% absolute reduction in 5-year mortality when C. versicolor is added to the treatment regimen. This translates into one additional patient staying alive for every eleven patients treated (Eliza WL, et al. Recent Pat Inflamm Allergy Drug Discov. 2012 Jan;6(1):78-87).

C. sinensis can also inhibit brain MAO-B activity. MAO-B increases with age and is thought to be involved in alterations in metabolism of dopamine and other monoamine neurotransmitters involved in age-related brain disease (Smith JE, et al. May 2002).

How to Select Mushroom Medicines

When selecting medicinal mushrooms, it’s critical to pay attention to the ways in which the mushrooms are cultivated. Fungi have an innate tendency to absorb wastes. On the one hand, this is useful to help remove toxins from the body or the environment. On the other, this can be problematic in the manufacture of mushroom medicines.

How and where medicinal mushrooms are grown are critical to the quality and safety of the end products. Growth media must be free of contaminants such as toxic metals.

The innate absorptive quality of mushrooms has prompted some growers to botanically enhance their mushrooms by cultivating them in an organic medium containing a blend of immune-supporting herbs. This unique method is used to provide additional health benefits and properties.

I have been using medicinal mushrooms clinically for many years. Recently, I developed a formula for immune and cellular health support called Mushroom Immune Max™. It is a combination of six botanically enhanced mushroom varieties that demonstrate broad-spectrum health benefits. The mushrooms are cultivated on a blend of traditional Asian herbs that help bolster the formula and offer additional immune and cellular health benefits as demonstrated in clinical practice and published data.

One of the most important of these adaptogenic herbs is Astragalus root, which demonstrates remarkable benefits in protecting the body against chronic illnesses and drivers of aging. Astragalus also has anti-cancer, anti-inflammatory, and anti-diabetic benefits.

Isaac Eliaz, MD, is an integrative medical doctor, licensed acupuncturist, researcher, product formulator and frequent lecturer. He has been a pioneer in holistic medicine since the early 1980s, and has published numerous peer-reviewed research papers. He is founder and medical director of the Amitabha Medical Clinic in Santa Rosa, CA, an integrative center specializing in cancer, Lyme disease, and other chronic conditions. He is also the founder & chief formulator of Clinical Synergy, a company providing targeted, research based, physician-formulated nutraceuticals.