CHARLOTTE, NC —The “concierge” or membership model of primary care practice is growing at a brisk pace nationwide, and it appears to be fairly recession-proof. Moreover, it can significantly improve clinical outcomes for patients, even those of fairly modest means.

There are now approximately 5,000 US physicians practicing under a membership, concierge, or “retainer” model, estimated Dr. William Lee, a Raleigh, NC, family physician who after 30 years in practice, recently joined the MDVIP concierge network.

Speaking at Holistic Primary Care’s 2nd annual Heal Thy Practice: Transforming Primary Care conference, Dr. Lee noted that there are many variants of retainer-based care, but all share a common basic structure: patients pay physicians a fixed fee per year (or per month) in exchange for comprehensive, personalized, prevention-oriented care on-demand. Doctors limit their patient panels to a manageable number, eliminate the hassles of insurance, and bring home incomes considerably higher than they could earn from insurance reimbursement. 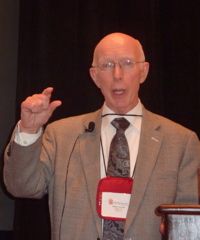 Concierge physicians generally have between 100 and 1,000 patients, a much lower number compared with the usual panel of 2,000-3,000 patients in insurance-based practices. Fees vary widely, from $600 to $5,000 per patient per year.

MDVIP (www.mdvip.com), now owned by Procter & Gamble, is arguably the best known of the concierge networks, and certainly one of the fastest-growing. MDVIP currently has over 400 physicians in 29 states; 75% are internists, 25% are family physicians. Nearly 90% are men. “They’d like to see more FPs get into this, and they’d love to have more women. There’s real demand from the public for more women providers,” said Dr. Lee.

Despite the widespread economic ruin of the last 2 years, membership in concierge practices continues to grow, and renewal rates have stayed consistently over 90%.

In a January 2010 poll of doctors in membership-based practices, 60% said they were better off financially than they were one year ago; 30% said their financial situation was more or less the same. Only 10% said they were worse off, Dr. Lee told Heal Thy Practice attendees.

Patients pay $1,500 per year for membership, with $1,000 going to the doctor, and $500 going to MDVIP as compensation for a robust set of practice transition and clinical support services.  MDVIP physicians usually have around 600 patients. Dr. Lee said he is now servicing about 450.

An MDVIP doctor with a panel of 300 patient members clears $165,000 annually, after overhead. Those with 600 patients (the maximum patient number for an MDVIP practice) earn a bit over $550,000.

“Last year, the New York Times intended to do an article on retainer based medicine, trying to show that it was in decline due to the recession. But the reporter had to change the angle of the story 180 degrees. Despite the recession, personalized medicine remains in demand,” said Dr. Lee, who in 2005 was named “Best Family Physician” in the Raleigh-Durham area.

“I’ve only had 3 people not renew and say it was because of financial concerns.”

In the last 6 months, I’ve had 30% growth of new patients from the community, and that’s without even having my name in the phonebook or spending any money on marketing. It’s mainly word of mouth and the MDVIP website.”

Critics of direct-pay and retainer-based care typically portray it as a luxury option only accessible to the well to do, and appealing to money-hungry doctors with a “let them eat cake,” attitude toward the needs of the masses.

Dr. Lee begs to differ. “MDVIP is healthcare, not wealthcare!”

A patient’s annual fee to join his practice amounts to about $125 per month, which is certainly a significant expense, but well within reach of many Americans, not just the upper crust.

For comparison, consider that someone who drinks one Starbucks premium coffee daily is spending about that much each month. Many people spend at least that much on hair stylists or mani-pedicure salons. A pack-a-day cigarette habit costs anywhere between $100 and $225 a month, depending on the state. The average cable TV contract with premium channels, something many Americans consider a necessity even in dire economic times, runs about $120 per month.

It’s really a question of priorities, Dr. Lee stressed. When patients experience the depth of care they can get from a doctor who’s not running to see 29 other people that day, and who is not distracted by paperwork and other headaches, they tend to value it greatly. For some, the strengthening of a longstanding relationship with a doctor who really knows them provides much-needed support and stability in rough times.

“I have patients I never thought would be able to join this practice who did so.” MDVIP membership fees qualify for reimbursement under group health plans pursuant to IRS Code section 105 & 106; cafeteria plans under section 125; Flexible Spending Accounts (FSAs) Health Reimbursement Accounts (HRAs), and Health Savings Accounts (HSAs). Some patients are able to obtain reimbursement.

A Platform for Prevention

MDVIP’s acronym actually stands for “value in prevention,” not “very important person,” as many assume. Like other concierge or retainer models, it puts strong emphasis on prevention and wellness. The model empowers doctors to function as healers, wellness coaches, and care coordinators, making it a really good platform for holistic practice, Dr. Lee explained.

MDVIP provides funding for all affiliated physicians to become certified in preventive medicine by the American College of Preventive Medicine (www.acpm.org) at no cost to the doctors. The curriculum consists of seven 2-3 hour modules designed to improve one’s understanding of lifestyle and diet.

“I cannot tell you the difference it (health coaching) has made. When I have time to tell patients specifically what to do, and help them set up a plan, and follow their course through the year, I’ve had patients come back losing 20-30 pounds. I’ve been able to take some of them off a number of medications,” said Dr. Lee.

Independent analyses show clearly that concierge-models deliver superior clinical outcomes compared to conventional insurance-based practices. This is independent of the age, disease burden, or socioeconomic status of the patients. “When you have time to deal with the issues, you do better,” Dr. Lee stressed.

One recent study compared MDVIP practices in Florida with HMO-based practices in that state. The MDVIP doctors achieved an average total HEDIS compliance of 89.6%. The average for the top-performing 10% of HMO practices was 65%.

Plain and simple, MDVIP hospital utilization rates are lower, even when matching for demographic variables. In 2006, MDVIP practices had an average total hospitalization rate of 119.24 admissions per 1,000. In non-MDVIP matched practices, the rate was 226.5 per 1,000.  On average, MDVIP patients had 107 fewer admits per 1,000 than people in standard insurance plans, a 47% reduction.

The data show that preventable hospitalizations are lowered by 40% in MDVIP practices. MDVIP’s avoidable hospital rates average 16.6 admissions per 1,000 people. In standard insurance plans with comparable patient populations, the rate is 27.5 admits per 1,000.

MDVIP’s hospital discharge rate in 2007 was roughly 105 per 1,000 members, versus 199 per 1000 members in standard insurance plans. Dr. Lee estimates that at its current small size, MDVIP is already eliminating over 9,000 hospitalizations per year, saving roughly $79 million in total health care expenditures. “This is such a beneficial program for the government!”

Membership models like MDVIP won’t solve the problem of how to expand and improve care for the indigent, but they are an increasingly viable option for many Americans. They’re also an important survival strategy for solo and small-group primary care doctors who face immense pressure to sell to large networks and hospital systems (read Healthcare Reform Makes Primary Care a Prime Focus…But Don’t Expect a Raise).

To date, MDVIP has concentrated on recruiting older physicians with well-established practices in middle to upper class communities. The mean age of an MDVIP doctor is 55, with the majority in the 50-59 year age bracket. The youngest is 38. Few are practicing in poor communities.

Though they provide a great context for holistic practice, the membership practice networks like MDVIP have so far drawn new practitioners exclusively from the ranks of conventionally trained MDs and DOs. A full-scale concierge network for naturopathic, chiropractic or other non-MD clinicians has yet to emerge. But that doesn’t mean it couldn’t happen in the future!

Read more about Dr. William Lee’s own journey from conventional insurance-based medicine to MDVIP practice in Making the Transition to Concierge Care.

To purchase a recording of Dr. Lee’s presentation, or any of the other excellent talks from HPC’s 2010 Heal Thy Practice conference, click here.