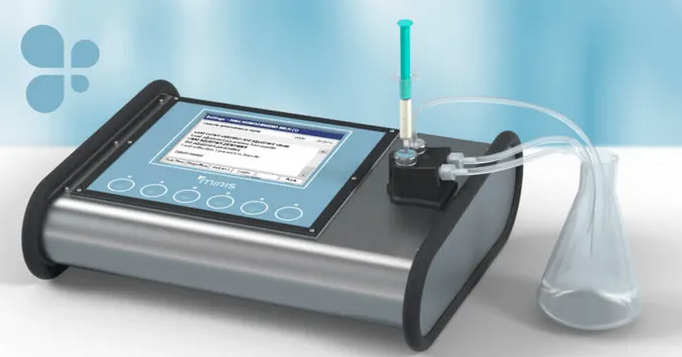 A new medical device that measures macronutrient levels in breast milk has received clearance for clinical use from the US Food and Drug Administration (FDA).

The first testing system of its kind, the Miris Human Milk Analyzer (HMA) aims to improve neonatal health by facilitating rapid, on-site evaluations of breast milk samples. Knowing the precise nutrient profile of a mother’s milk can help clinicians determine whether or not a woman and her child would benefit from targeted nutritional fortification. Breast milk analysis is particularly beneficial in the care of preterm or low birthweight babies and other fragile infants.

The FDA announced last December that it granted marketing authorization to Miris AB, a Swedish biotechnology company that developed and now markets the HMA system. The decision followed the Administration’s review of the device through its de novo premarket review pathway, a regulatory process designated specifically for novel, low-to-moderate-risk medical devices.

Miris’ system consists of an ultrasonic processor and heater for preparing milk samples, along with the HMA tool for sample analysis.The latter uses infrared spectroscopy to quickly analyze small volumes of breast milk, providing quantitative measurements of the total energy, fat, carbohydrate, and protein content. Testing can be easily done in a hospital or clinic setting, and completed within minutes.

The "Milky Way," courtesy of Mirissolutions.com

Breast milk confers a host of critical nutrients––and for most newborns, it is by far the best source of nutrition during the earliest months of life. But the nutritional content of human milk differs from mother to mother. In some cases lacking adequate amounts of essential nutrients required for optimal health.

“The composition of human milk can be highly variable due to many factors, including diurnal variations, time since last feed, and volume of milk consumed at the prior breastfeeding period,” explained FDA spokesperson Stephanie Caccomo. “A breast milk analyzer can provide measurements of the macronutrients content, and this can help treating doctors to better guide their decisions on when to fortify human milk based on specific nutritional needs of the newborn.”

“This is particularly important for premature or very low birthweight infants, to optimize nutritional intake to promote normal growth and development,” Caccomo added. Preterm and underweight babies are at higher risk for many complications, both during infancy and later on in life.

If a mother’s breast milk is low in key nutrients, the baby’s intake may be supplemented with additional breast milk from a donor. A standard of care in many maternity departments, donor milk can effectively meet an infant’s nutritional requirements––unless it too lacks essential nutrients. In those cases, fortification could be necessary.

By enabling easy, in-hospital testing, the HMA technology allows health practitioners to determine how to best fortify the milk immediately before feeding it to an infant. Miris describes this process as the “Milky Way.”

The HMA tool is currently available in over 25 countries worldwide. Prior to its US launch, Miris first received a “not substantially equivalent” (NSE) determination from the FDA, meaning that no other device like it yet existed on the American market.

As is true with many other new health technologies, FDA did not conduct its own internal study of the HMA system. Instead, the FDA’s Center for Devices and Radiological Health reviewed data provided by Miris.

Researchers tested 112 breast milk samples both in the HMA machine and using conventional laboratory analysis methods. They found that both systems provided similar results across a range of nutrient categories. According to the FDA, the HMA test was as effective as lab testing for determining the quantities of protein, fat, and carbohydrates in the milk samples.

“For the first time, doctors have access to a test to help analyze the nutrients in breast milk,” Caccomo said of the recent FDA decision to permit clinical use of the HMA.

Clinicians who order breast milk composition testing for their patients typically have to send samples to a central laboratory for analysis. Not only are these tests expensive, they’re also often very slow; results can take several days to come through.

With the HMA system, on the other hand, trained health care personnel can collect milk samples in volumes as low as 3 ml, and receive reports within 60 seconds, Miris claims.

“While this test is not for everyone, it has the potential to aid parents and health care providers, mainly in a hospital setting, in better assessing the nutrient needs of certain babies who are not growing as expected,” she proposed.

Caccomo noted that there are some conditions that could potentially limit the information available from the HMA test. “For example, certain medications that a nursing mother may be taking could interfere with the test’s ability to accurately measure nutrient levels in breast milk.”  In general, the HMA system has potentially broad applications.

Miris states on its company website that its “mission is to make individual nutrition, based on human milk, available globally to improve neonatal health.” As their test becomes available in more places worldwide, more babies could move closer towards reaching that goal.