With the recent shortages of drugs to treat ADHD, and changes in insurance coverage of 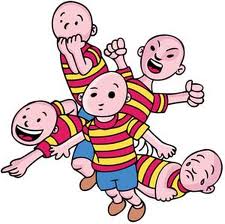 these treatments, many families of children with this complex condition are searching for non-pharmaceutical alternatives. Homeopathy may not be a top-of-mind choice for most primary care doctors, but it is worth considering.

As practiced by well-trained homeopathic professionals, this modality can produce marked and measurable improvements in behavior and cognitive function in children with ADHD, according to Jaime Oskin, ND, a naturopath at the Arizona National Health Center in Tempe, AZ. Speaking at the annual meeting of the American Association of Naturopathic Physicians, Dr. Oskin reviewed recent trials.

Toward the end of 2011, drug manufacturers announced a major shortfall in availability of Ritalin and Adderall, particularly the cheaper generic versions. Nationwide, thousands of families have been unable to fill prescriptions for these drugs over the last few months. The problem, according to a report in the New York Times late last December, is a clampdown by the Drug Enforcement Agency, which is attempting to control illicit non-prescription use of stimulants.

Beyond the access issue, some prominent ADHD researchers have begun to question the efficacy of long term stimulant therapy. L. Alan Sroufe, PhD, professor emeritus of psychology at the University of Minnesota’s Institute of Child Development, and an early exponent of drug-based treatment, has since recanted. In a recent New York Times editorial he wrote that, “few physicians and parents seem to be aware of what we have been learning about the lack of effectiveness of these drugs.”

Dr. Sroufe emphasized that there are no long-term studies showing any lasting benefit from drug therapies on academic performance, social function or behavioral problems. “What gets publicized are short-term results and studies on brain differences among children. Indeed, there are a number of incontrovertible facts that seem at first glance to support medication. It is because of this partial foundation in reality that the problem with the current approach to treating children has been so difficult to see.”

The only large, long-term trial—one that is still ongoing—has so far shown that any short-term effects of medication on attention faded within three years despite continued treatment. By year eight, there was no evidence of any academic or behavioral benefit. This diminution of effect was also seen for cognitive behavioral therapy (CBT), and the combination of CBT plus drug treatment.

In general, homeopathy is not a favorite among conventional doctors. This is largely due to a perceived lack of scientific evidence, as well as an historic bias against homeopathy. Indeed, at it’s very inception in 1847, the American Medical Association openly opposed homeopathy. Yet it has remained a viable alternative modality in many other industrialized countries, and has been growing in popularity in the US over the last 20 years. 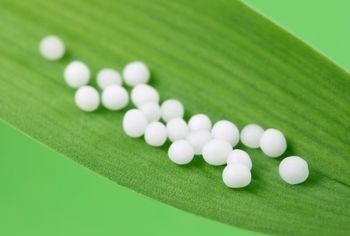 Research on the homeopathic treatment of ADHD is variable. A 2006 meta-analysis appearing online in the Cochrane Database of Systematic Reviews concluded that there was “little evidence for the efficacy of homeopathy in the treatment of ADHD.” Echoing those findings, the National Center for Complementary and Alternative Medicine’s website states: “Most analyses of the research on homeopathy have concluded that there is little evidence to support homeopathy as an effective treatment for any specific condition, and that many of the studies have been flawed.”

Dr. Oskin challenges this view. Not only is there evidence in support of homeopathy for reducing the symptoms of ADHD, but also there are serious methodological flaws in several of the studies weighing against homeopathy.

Dr. Heiner Frei, a homeopath affiliated with the Association of Homeopathic Physicians SAHP in Lucerne, Switzerland, has conducted three studies, resulting in six articles published between the years 2001 and 2010, demonstrating the efficacy of individualized homeopathic remedies in the treatment of ADHD.

In an observational study published in the British Homeopathic Journal in 2001, Frei treated 115 children between the ages of 3 and 17 with homeopathic remedies tailored to each individual patient’s unique symptom pattern—the classical approach, as opposed to the “modern” approach based on choosing remedies to ameliorate specific symptoms. The kids were evaluated using the Conners Global Index (CGI), a standard evaluation tool.

Designed for both parents and teachers, the CGI assigns points to 10 areas of behavior: the lower the score, the greater the improvement. Frei’s study showed that 75% of the children exhibited a 55% reduction on the CGI.

The children whose symptoms didn’t improve were put on methylphenidate—the most commonly prescribed drug for ADHD. Of these, 65% exhibited a 45% reduction on the CGI. According to Oskin, this suggests individualized homeopathic remedies are safe and effective in the treatment of ADHD and for some children homeopathy may be a useful alternative to methylphenidate.

Significantly, this was a long study with an optimal treatment response time of 3.5 months. It also showed that of the hundreds of individualized remedies potentially useful in the treatment of ADHD, a third of the participants improved on just three remedies: Sulphur, Calcarea Carbonica, and Lycopodium.

While Dr. Frei was conducting his crossover trial, Dr. Jennifer Jacobs of the University of Washington was working on a similar study in conjunction with Yale University. Jacobs’ study was a randomized, double-blinded, placebo-controlled trial designed to prove the effectiveness of homeopathy on the treatment of ADHD. But unlike Frei’s study, Jacobs’ trial came to a negative conclusion (Jacobs J, et al. J Altern Complement Med. 2005; 11(5): 799-806)

The Jacobs study involved 43 children between the ages of 6 and 12 who were diagnosed with ADHD. Each child underwent a homeopathic consultation. They were randomized into two groups—one group received individualized homeopathic remedies; the other group received placebos. The study included a total of 41 remedies, the most popular of which included Medorrhinum, Saccharum Officinalis, Calcarea Carbonica, Calcarea Phosphorica, China Officinalis and Stramonium.

According to Dr. Oskin, there was a major flaw in the Jacobs study: because of stipulation made by Yale, the researchers were forced to pre-select the remedies used to treat the kids. In the pure homeopathic method of individualized treatment, it is impossible to select remedies ahead of time. Frei used a classic Hahnemannian approach to select his remedies, whereas Jacobs’ opted for a more modern prescribing method. This distinction may be a very important factor in explaining the differences in outcomes of the studies.

Dr. Oskin also critiqued the 2006 Cochrane metanalysis. Based on a handful of studies, the analysis concluded that there is little evidence to support homeopathy’s efficacy in ADHD. The final analysis was based on just three studies: Frei’s, Jacobs’, and a South African study of just 20 children, half of whom were on stimulant medication. The South African study also used combination remedies that combine multiple homeopathic medicines into one formula. “It’s the equivalent of taking apples, oranges and pears and mixing them all together and asking why don’t we have uniform apples?” Dr. Oskin told the AANP.

Dr. Oskin presented some of his own case studies. The first involved a five-year-old Hispanic boy who was diagnosed with ADHD, Combined Type as well as Oppositional Deficient Disorder. He was described as “a violent holy terror.” The boy’s main symptoms included bed-wetting, nail biting and chewing on ice (he purportedly “ran hot,” walking around barefooted to cool himself off and sweating profusely at night). He was also intensely afraid of the dark.

To alleviate his symptoms, Oskin prescribed 200C QD of Medorrhinum. After one month, the patient stopped fighting his siblings, ceased bed-wetting, and started getting to bed by 11 instead of 1 a.m.

Oskin’s second case study involved a 7-year-old girl who had developed permanent tics after being placed on Concerta, an extended-release form of methylphenidate. He treated her with Lycopodium 200C QD, based on her primary symptoms of stomachaches, leg pain and cognitive dysfunction. The patient also suffered from seasonal allergies, social anxiety, and was afraid to be alone at night.

The girl improved within two months. Her CGI score was reduced by 77%, her grades went up and her behavior improved. The girl’s physical symptoms were also improved. Not only did her tics go away, she no longer had stomach issues and her leg pain disappeared.

In an interview with Holistic Primary Care, Dr. Oskin said he could not account for why homeopathy works; the mechanism has yet to be identified. For this reason, many conventional doctors label homeopathy as being unscientific. But he contends that it is anything but unscientific. Not only is it highly researched, homeopathic remedies have also been shown to create predictable outcomes—a trait of good science.

Homeopathy is not a quick-fix approach, especially compared with stimulant drugs. According to Frei’s letter in The Journal of Complementary and Alternative Medicine, homeopathy can take up to 5 months to be effective. However, Dr. Oskin pointed out that 51% of responders in Frei’s 2001 study showed optimal responses after just two months.

Generally, the more experienced a homeopath, the less time it takes to land on the proper remedy—and the homeopathic pharmacopeia contains hundreds of options. That said, Dr. Oskin noted that 71% of Frei’s successful cases utilized just 10 remedies.

Homeopathy has also been shown to be safe even when taken with stimulation medication. However, Frei observed that the children on stimulants took longer to respond to homeopathy even after they stopped the drug therapy. Dr Oskin has observed in his clinical practice that children on stimulation medication were also harder to treat homeopathically, because their core symptom patterns are more likely to be masked by the drugs.

Keeping in mind the limitations of existing homeopathic research—Dr. Frei’s work has not been replicated by others, and there are no truly long term (ie, multi-year) trials–it is certainly worth considering homeopathy as an option for families of children with ADHD who are seeking non-pharma approaches, and for those who have already tried the drugs and found them ineffective.

When homeopathy works, it often works really well, said Dr. Oskin, reflecting on the dozens of children he’s treated in his practice. “It’s fun to see kids get better, especially when they don’t react well to drugs.”

Molly K. Hartle is a 2012 master’s of arts candidate in Integrative Health Studies at the California Institute of Integral Studies. An ongoing contributor to the integrative health website FoundHealth.com, Hartle is the project coordinator for a groundbreaking study to bring integrative wellness coaching to a low-income housing development in downtown San Francisco.