Marijuana has been approved for therapeutic purposes in 23 states plus the District of Columbia. By 2017, it’s estimated that upwards of 10 states will join that list.

Whatever your personal, political or professional stance on the issue, the reality is that medical marijuana is in your state, soon-to-be in your state, or coming to a state near you very soon.

What this means for practitioners is somewhat different for each state. Some states such as New York and New Jersey dictate the specific conditions for which doctors can recommend cannabis. Others, such as California and Colorado, allow practitioners to exercise clinical judgment. 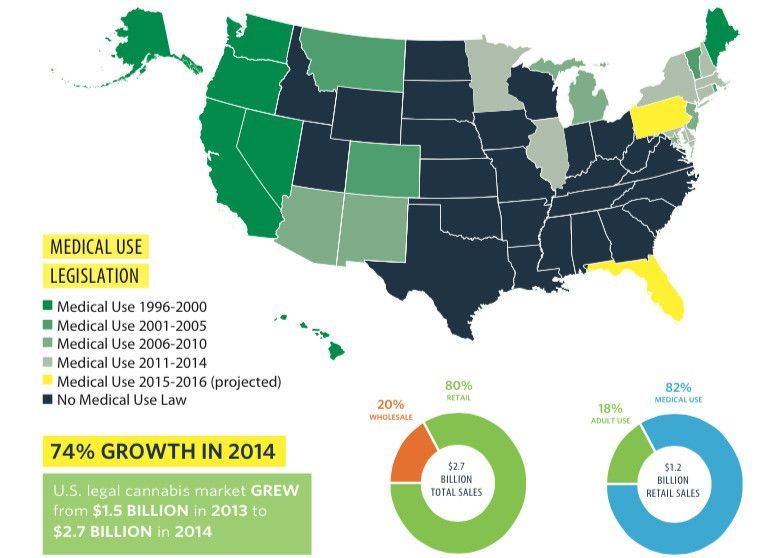 Medical attitudes toward cannabis range from vilification to whole-hearted embrace. Many practitioners—especially those in states with liberal regulations–are trying to figure out if cannabis is, indeed, “real” medicine. If so, for what is it truly useful, how is it best administered, and where does it fit into the spectrum of therapeutic options?

With all the recent controversy over medical marijuana it is easy to overlook the fact that this ancient plant, which was introduced into “modern” medicine in 1839 and admitted to the United States Pharmacopeia in 1851, has only been deemed illegal since 1937. It was removed from the USP’s 12th edition in 1942 against the advice by the American Medical Association. It was not until 1970 that it was added to the federal controlled substances list.

Though California led the pack with medical marijuana approval in 1996, the recent approvals by Colorado and Washington state have spurred more conversation about cannabis (think Sanjay Gupta’s 3-part documentary “Weed” on CNN) and incited a significant business boom, referred to as the “green rush.”

Currently, the cannabis industry (both medical and legally recreational) generates about $2.4 billion per year. It is predicted to grow to $36.8 billion by 2020, surpassing the predicted growth of the organic food industry.

It is difficult to estimate the number of medical marijuana dispensaries currently operating in the US, or how many physicians are recommending cannabis as medicine. Based on self-reported data, the best guess in cannabis industry circles is approximately 2,400 operational dispensaries, according to the 2015 Marijuana Business Factbook.

Simultaneous with the burgeoning state approvals has been a surge in clinical studies about the therapeutic benefits of cannabis. Yet the plant remains a Schedule I drug “with no currently accepted medical use” according to the US Drug Enforcement Administration.

Political battles aside, clinicians across the country are working to figure out if and how cannabis fits 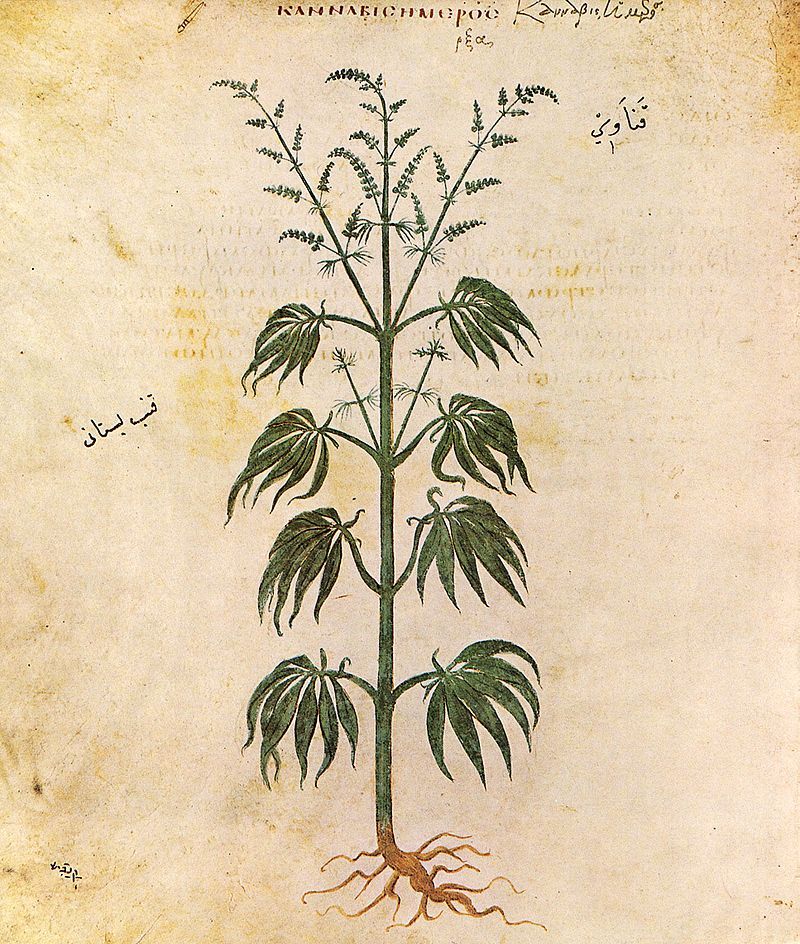 into their therapeutic toolbox.

Deborah Malka, MD, PhD, a holistic physician in Santa Cruz, CA, “offers medical marijuana evaluations to provide patients with the ability to use marijuana as a part of their medical treatment.” She believes there are “a rare few conditions where cannabis cannot help.”

Dr. Malka pointed to a number of studies to support this view, among them:

Overall, the strongest evidence is for use of cannabis in chronic pain (Whiting PF, et al. JAMA. 2015: 313 (24): 2456-73). For most other conditions, the literature is conflicting, inconclusive, or very preliminary.

Like most physicians, Dr. Malka—who has a PhD in molecular genetics–is cautious about remedies that claim to treat every ailment. Cannabis, however, is something of an exception. This starts to make sense if you understand its mechanisms of action.

The secret lies in the human endocannabinoid system (ECS), which is made up of cannabinoid receptors, binding molecules, and enzymes.

The main endocannabinoid receptors in the body are referred to as CB1 (found primarily in the central and peripheral nervous systems) and CB2 (mostly concentrated within the immune system). The latter were discovered about a decade ago.

Cannabis researchers say that there may be as many as 10 distinct types of endocannabinoid receptors. The ECS is involved in a vast number of physiological processes.

Much of the current research on endocannabinoids has its root in work begun in 1964 by two Israeli chemists, Raphael Mechoulam and Yehiel Gaoni. They were the first to identify tetrahydrocannabinol (THC), the primary psychoactive compound in cannabis, and the entire family of cannabinoids.

A team working under Dr. Mechoulam at Hebrew University, Jerusalem, was also responsible for discovering and naming a substance called anandamide, an endogenous cannabinoid-like neurotransmitter that binds to both CB1 and CB2 receptors. In the years since Dr. Mechoulam’s initial work, more than 85 cannabinoids have been identified. The vast majority are not psychoactive, though many may have medical benefits.

In 1985, the FDA approved Marinol (dronabinol), a drug containing delta-9 tetrahydrocannabinol (THC) in a sesame oil suspension. Marinol was first approved for treatment of anorexia nervosa in AIDS/HIV patients. A psychoactive component of cannabis, THC is responsible for patients feeling “high” when using Marinol.

According to Mathew Sherwood, VP of product development for CannaPharmaRx, “Marinol is not considered a cannabis substitute by most cannabis-recommending clinicians because THC is only one of therapeutic compounds found in cannabis.”

Cannabis contains numerous compounds that counteract the psychoactive effects of THC – a synergy known as the “entourage effect.” One of those compounds is cannabidiol (CBD). Researchers are currently examining cannabinoids, such as CBD, used concomitantly with THC to maximize therapeutic potential and reduce unwanted psychoactive side effects.

With its non-psychoactive profile, CBD has been in the spotlight lately with a number of studies suggesting that this cannabinoid does not produce the memory impairment seen with THC, and may in fact be neuroprotective. 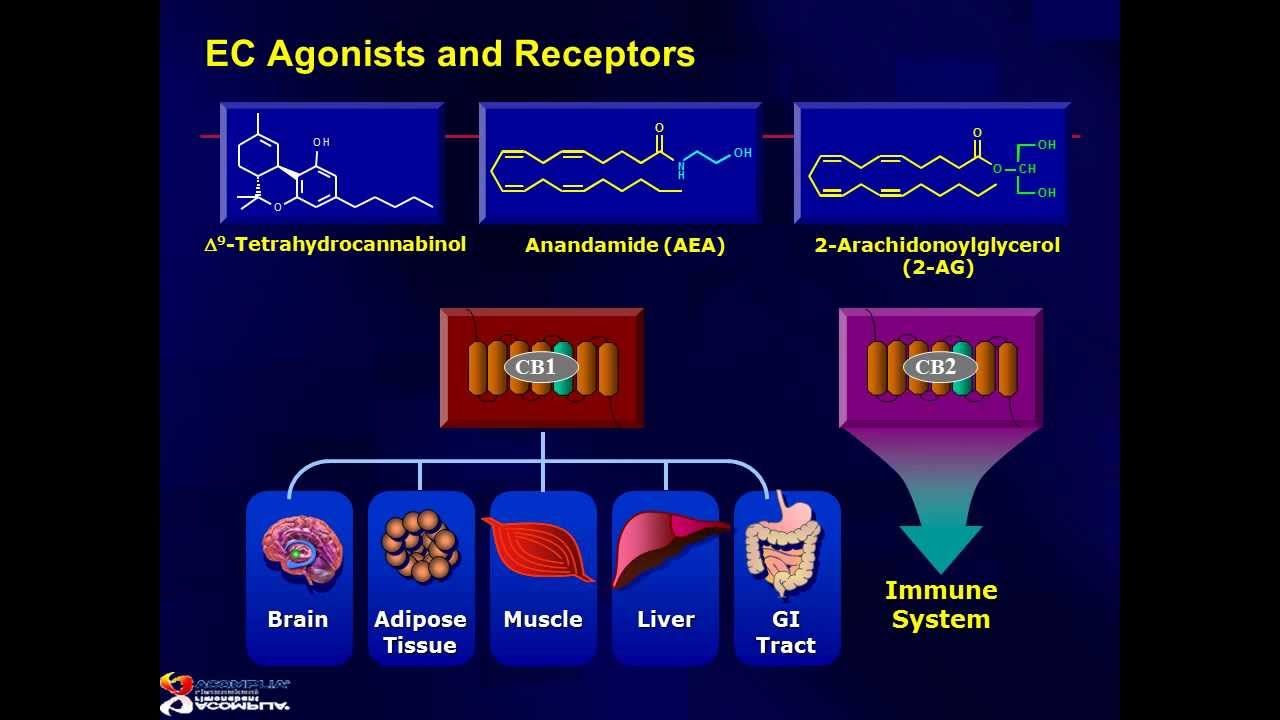 The ECS appears to create a state of physiological balance, regulating homeostasis through multiple mechanisms. Endocannabinoids and their receptors play a role in regulating immune, circulatory, gastrointestinal, and endcrine function.

Phytocannabinoids—the cannabionoids found in the cannabis plant—bind to receptors throughout the ECS and upregulate or downregulate a host of metabolic processes. As such, cannabis can be thought of as an adaptogenic herb along with Maca (Lepidium meyenii), Rhodiola (Rhodiola rosea), and Ashwagandha (Withania somnifera).

Given marijuana’s reputation as a street drug, its designation by federal authorities as a controlled substance, and its potential for abuse and dependency, it is of course reasonable to ask whether medical cannabis—even when used under clinician supervision—is truly safe.

Dustin Sulak, DO, a Falmouth, ME-based physician who specializes in integrative healthcare featuring medical marijuana, says that with careful strain choice, dosing, and delivery system, any side effects of excess cannabis are minimal and mild.

Dr. Sulak, who has treated 18,000 medical marijuana patients, says the big risks are psychomotor impairment, loss of sense of balance, and falling. Common sense must prevail: no driving or operating heavy machinery!

The risks, he says, are the same as for many other medications that physicians routinely prescribe, and they are certainly lower than for side-effect laden but widely used drug classes like opioid pain killers and NSAIDs.

Underscoring the non-toxic nature of cannabis, Dr. Sulak says “If patients took 1,000 times their recommended doses, they would not have brain or organ damage. They may not even get sick. There’s no permanent damage from overdose. You could not say the same thing even about OTC meds.”

However, he stressed that safe clinical use requires meticulous monitoring of cannabis strain, dosing, and delivery method. Use of cannabis to manage a chronic pain syndrome is very different from smoking a joint to get high.

There are no reported deaths in the medical literature directly related to cannabis. Why? Because cannabinoid receptors are plentiful in the basal ganglia, hippocampus, and cerebellum, but not in the lower brainstem, which controls respiratory function.

A very high dose of cannabis might induce unpleasant, even adverse psychological states, but it will not induce cardiac arrest or cessation of breathing.

One of the major concerns among practitioners is the notion that people are using medical marijuana as a band-aid, mimicking what frequently occurs with pharmaceuticals: squelching symptoms without resolving root causes.

A thorough workup is key to avoiding this problem, says Dr. Sulak. Like any other symptom-mediating treatment, cannabis can sometimes mask the root causes, especially if a patient is self-medicating under the guise of recreational use.

Consider severe nausea. If a patient has not had a full work-up, the underlying cause of the nausea may remain uncovered and untreated. In such cases, cannabis can indirectly harm the patient by impeding appropriate care.

The holistic or functional medicine model is supposed to be about identifying and addressing upstream causes. Is there really a place for medical marijuana in holistic care?

It really depends on how the cannabis is being used. While it could potentially help people with a range of seemingly distinct diseases, cannabis is not a panacea, nor is it a “cure-all.” But because it works through the ECS to create a state of physiologic balance, and because it affects multiple physiologic systems simultaneously, it is certainly worth considering as an adjunct with other healing modalities.

In his talk entitled The Botanical Medicine of Cannabis at the Patients Out of Time Conference, Jeffrey S. Block, MD, spoke about cannabis in the context of the gut-brain-immune triad. Preliminary research has shown that endocannabinoid receptors are particularly abundant around the small intestines, a crucial area for immune system function. (Ahmad R, Mol Imaging Biol, 2013, 384-90).

Particularly fascinating is the correlation he made between endocannabionoid receptor distribution and the patterns of ­­­­­­­Qi flow described in Chinese Medicine.

According to Dr. Block, “It’s conceivable that Chinese medicine’s traditional understanding of health as explained though the importance of abdominal Qi flow might actually be functioning through our far-reaching endocannabinoid receptor systems.” In fact, endocannabinoid research may eventually reveal this newly-discovered receptor system as hard evidence in support of the long-suspected gut-brain-immune connection.

In her talk at the 2015 International Cannabinoid Research Society 25th Annual Symposium, Harriet de Wit, PhD, spoke about the growing evidence supporting endocannabinoids as stress-dampening neuromodulators. But, she says, that effect is definitely dose-dependent.

Dr. de Wit’s as yet unpublished study compares the impact of low dose (7.5 mg) versus high dose (12.5 mg) orally-administered THC prior to a standardized social stress.

She found that low-dose THC had some stress-dampening effects, whereas the high-dose THC provoked anxiety in some subjects even without the stressful scenario.

These findings highlight the dose-dependent complexity of THC specifically, and of medical marijuana in general. As with many things in medicine, there’s no simple “one-size-fits-all” approach for therapeutic cannabis.

Clinicians who understand the ECS and have witnessed the therapeutic potential of cannabis see it not as a gateway drug to opiates and other illicit drugs, as federal enforcement officials fear, but to holistic-based healing!

Laura Lagano, MS, RDN, CDN, is an integrative clinical nutritionist in Hoboken, NJ and NYC. She is the co-founder, with Donna Shields, MS, RDN, of the Holistic Cannabis Network, an online education & training platform for holistic practitioners interested in medical marijuana and its integration with other healing modalities. She is also the co-founder of the upcoming Holistic Cannabis Summit, an online event to introduce patients and practitioners to medical cannabis.