A 250-mg dose of powdered ginger can be just as effective as sumatriptan in staving off the severity of acute migraines, according to a new study of 100 adult migraine patients.

The patients, all of whom had established histories of migraine headaches without aura, were randomized to take either the ginger capsules or a 50 mg dose of sumatriptan at the first sign of migraine.

Patients in both treatment groups had an average of 4.6 headaches during the course of this 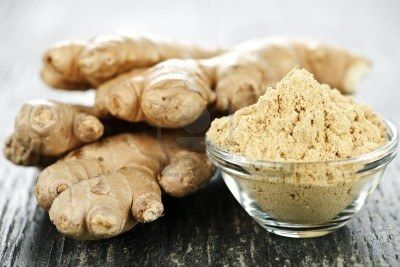 month-long study. All were treated at the neurology department of VALI-e-ASR Hospital, Zanjan University Of Medical Sciences, Zanjan, Iran.

The investigators used standardized rating scales to assess headache symptom severity for each attack, at the time of onset, and at 30, 60, 90 and 120 minutes following treatment. They also made assessments at 24 hours.

The percentage of patients reporting 90% or better symptom reduction at the 120-minute mark was 64% in the ginger cohort, and 70% among those taking sumatriptan, a difference that was not statistically significant (Maghbooli M, et al. Phytother Res 2014; 28(3): 412)

“Both sumatriptan and ginger powder decreased the mean severity of common migraine attacks within 2 hours of use. No significant difference existed between the two treatments. There was 4.7-unit reduction in the headache severity in the sumatriptan group and a 4.6-unit reduction in the ginger group,” reported lead investigator, Mehdi Maghbooli (Dynamed (level 2 [mid-level] evidence).

While ginger was more or less equivalent to sumatriptan in terms of efficacy, where it clearly outshined the drug was on the side-effect front. Just 4% of the ginger users reporting adverse events (dyspepsia) versus 20% among the sumatriptan patients (dizziness, sedation, vertigo and heartburn) (p = 0.028).

This is not the first study to suggest that ginger has a role in the treatment of migraines. An open-label trial published in 2005 showed that the pungent root, when combined with an extract of the herb Feverfew, could fully attenuate migraines 48% of individuals, and partially in 34% of individuals within 2 hours (Cady RK, et al. Med Sci Monit. 2005: 11(9): 165-9).

A subsequent placebo-controlled study by the same group confirmed the efficacy of the sublingual feverfew/ginger combo (commercially sold as a product called LipiGesic) for resolving headache symptom severity in 60 patients with longstanding histories of migraines (Cady RK, et al. Headache. 2011; 51(7):1078-86).

Dr. Maghbooli’s new study represents the first time that ginger has been compared head-on to a very widely used migraine medication. By all accounts, it performed admirably, suggesting that this benevolent plant has first-line role in the care of people dealing with this challenging, often debilitating condition.

Upshots thanks our friends at DynaMed for pointing out this study to us.