Getting to the Eye of the Storm In People with Diabetes

It’s a sad truth that as the body ages, eyesight tends to deteriorate. Stiffening and opacities in the lenses and reduced light sensation in the rods and cones of the retina are among the many factors that compromise vision in older people.

In diabetic patients, the threats to eye health are even greater and they start earlier. Metabolic conditions like diabetes involve oxidative stress that can deprive the eyes of the antioxidant vitamins needed to stay healthy. Diabetic microangiopathy affects blood supply to the retina and other parts of the eye, causes the capillaries to become brittle and leak blood into the retinal tissue. This ultimately causes the retinal cones and rods to decay, resulting in irreversible vision loss and even blindness. 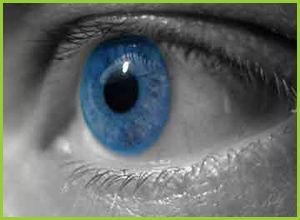 Retinopathy is the leading cause of new cases of vision loss in adults between ages 20 and 74, and according to the National Institute of Health, 40-45 percent of diabetic patients already have some stage of diabetic retinopathy.

Seeing Eye to Eye with Retinopathy

During the non-proliferative stage of retinopathy, capillaries swell and form pouches, blocking blood vessels and damaging the capillary walls. As a result, plasma leaks into the retina, causing macular edema and spot bleeding. At this phase, the process may not cause permanent vision loss, but it needs to be treated to prevent advancement of the disease.

Left untreated, it becomes proliferative. New but weak blood vessels, prone to breakage, begin to grow on the retina to compensate for diminished oxygen supply. When these vessels do break, the result is severe bleeding and leakage into the area in front of the retina. The broken vessels also cause scar tissue to develop, which pulls on the retina as it shrinks, causing retinal detachment. At this stage, patients are at high risk for extreme vision loss and complete blindness.

A Clear View of Symptoms

Considered a “stealth disease,” diabetic retinopathy often progresses without noticeable symptoms until significant damage has already occurred. The good news is that the proliferative stage can be prevented with proper nutritional supplementation, pharmacotherapy, and strategies to improve overall health.

A number of factors will influence the likelihood of developing retinopathy, including blood sugar control, blood pressure, genetics and the length of time someone has been diabetic. Although symptoms are not evident during early stages, many patients notice difficulty reading due to blurred or distorted vision, the presence of “shadows” or dark shapes known as “floaters,” or eye pain. Teach your diabetic patients to be vigilant for these signs, and to report them to you (or an ophthalmologist) as soon as possible. It is very important that they not ignore or brush off changes in vision.

A professional eye exam is the only guaranteed way to detect retinopathy, particularly in the early stages of the disease, and it is a very good idea for diabetic patients to have a full ophthalmic evaluation annually. The evolution of computer-guided retinal photography systems is enabling primary care physicians to provide thorough retinal exams (Read “New Tools Give Primary Care Doctors an Open Window on Ocular Health” from our Spring 2010 edition).

There are several ways that diabetic patients can decrease their risk of retinopathy or slow it’s progression.

The first thing is to keep blood sugar within target range. This is essential. Left untreated, hyperglycemia takes its toll on the vasculature of all organs, especially the retina. Diabetics need to keep intake of sugar and simple carbohydrates to an absolute minimum, and they should stick to a healthy, well rounded, vegetable-rich diet. Exercise is an excellent remedy for hyperglycemia. Even minimal exercise (less than 20 minutes of cardiovascular fitness per day) is effective in improving glycemic control by moving excess sugar out of the blood and into the muscles where it is burned.

The most widely studied dietary supplement for blood sugar control is chromium picolinate, which actually has an FDA-approved claim for this indication. (Read “The CADRE Summit: Growing Evidence Supports Role of Chromium in Prevention, Treatment of Diabetes ” from our July 2003 edition)The recommended daily dose is 600 micrograms, in divided doses through the day. Vanadyl sulfate (a form of vanadium that may mimic the effect of insulin), vitamin D3, and the Ayurvedic herb Gymnema sylvestre all have some degree of good clinical research to support their use in managing diabetes. When lifestyle changes and nutrition-based strategies fail to give adequate glucose control, it makes sense to consider pharmacotherapy.

Cardiovascular risk factors, particularly hypertension, can also cause serious harm to retinal capillaries. So it is very important to keep blood pressure at healthy levels. Cutting sugar and carbs certainly helps with this, as does exercise, which can play a dramatic role in lowering pressure and increasing vascular compliance. Remember, the first blood vessels to be destroyed in the hypertensive process are the smallest ones – the capillaries found in our eyes, kidneys and extremities. Blood pressure control is critical for long-term eye health.

There are many anti-hypertensive medications now available. But there are other, natural options that may have fewer downsides. Potentially useful supplements include nattokinase (particularly the NSK-D form in a dose of 100mg per day), taurine, magnesium, vitamin D3, and coenzyme Q10 (in the ubiquinol form).

Elevated cholesterol also plays a role in retinopathy. Atherosclerotic plaques will form first in the smallest vessels, and the process is fueled by the excessive oxidative stress characteristic of diabetes. A high-glucose diet can increase oxidative stress levels in the arterial walls as much as six-fold. The smaller the vessel, the greater the likelihood of vascular damage and plaque formation. Diet, obviously, plays a critical role in keeping cholesterol down. There are also several nutraceuticals that are well-validated for maintaining healthy lipid profiles, including red rice yeast, omega 3 fatty acids, and pantethine.

One of the most well researched natural products for minimizing retinopathy is Pycnogenol, a patented water extract of the bark of the French Maritime Pine tree (Pinus pinaster). There are over 230 published scientific articles on this compound, including several clinical trials related to retinopathy and ocular health

Several months ago, researchers at the G D’Annunzio University, Chieti e Pescara, Italy, reported that Pycnogenol could improve microcirculation, reduce retinal swelling, and increase overall visual acuity in diabetic patients with early-stage retinopathy. The 46 patients, all of whom were recognized diabetics for 4 years or more, and showed generally good glucose control, were randomized to treatment with placebo or 50 mg Pycnogenol, thrice daily (150 mg/day).

Pycnogenol clearly has a role in managing patients at risk for diabetic retinopathy, as do several other naturally occurring substances like natural Beta-Carotene, Vitamin E, Vitamin C and Vitamin D. Other recommended supplements include Bilberry, Eyebright (Euphrasia officinalis), Lutein, Xanthein and Zeaxanthin. While retinal damage and vision loss is a very real risk for people with diabetes, it need not be inevitable.

Dr. Fred Pescatore is a practicing internist and founder of Medicne 369, an integrative clinic in New York City. He is the author of the No. 1-selling children’s health book, Feed Your Kids Well, and the author of three health and nutrition best-sellers for adults: Thin for Good, The Allergy and Asthma Cure and The Hamptons Diet.