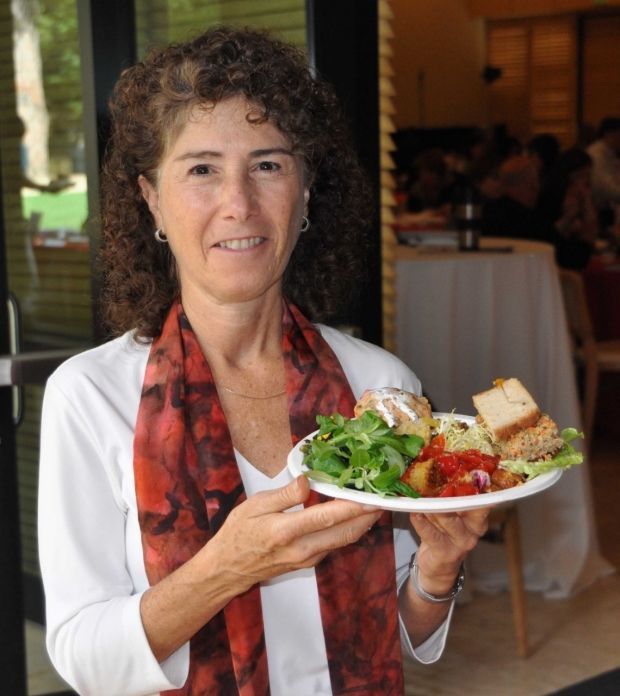 Holistic Primary Care honors the memory, and celebrates the life and work of Fredi Kronenberg, PhD, a pioneer in the field of botanical medicine and women’s health, who died on April 20.

A Stanford-trained physiologist with a deep love and reverence for the natural world, Dr. Kronenberg found her professional niche in the world of herbal medicine research. Following her post-doctoral research on the physiology of menopause, she became one of the world’s experts on the use of herbs to attenuate menopausal symptoms as well as the application of botanical medicines for many other women’s health concerns.

Kronenberg was among the exuberant vanguard of researchers and clinicians that spearheaded the integrative medicine movement in the early 1990s. She was the founding director of the Richard and Hinda Rosenthal Center for Complementary & Alternative Medicine, one of the first centers established under the NIH’s National Center for Complementary and Alternative Medicine (NCCAM).

Among her many other achievements at Columbia, Kronenberg launched the seminal “Botanical Medicine in Modern Clinical Practice” conference series that ran from 1996-2005. The rosters for these meetings read like a Who’s Who of holistic and integrative medicine, and they educated practically an entire generation of physicians, nurses and other health professionals on the use of herbs to prevent and treat a wide range of conditions.

She was also affiliated with the University of Arizona’ s Center for Integrative Medicine, and collaborated closely with Dr. Andy Weil and his team on the “Nutrition & Health: State of the Science” conferences.

She also did much ground-breaking research, most notably her studies of Black Cohosh as a remedy for menopausal symptoms, and the role of phytoestrogens in women’s health. She maintained a strong interest in traditional Chinese herbal medicine, and did much to build bridges between the Asian and Euro/American herbal traditions.

After Columbia’s Rosenthal center shuttered its doors in 2007, Kronenberg continued her work at the Clayman Institute for Gender Research at Stanford.

Kronenberg was a founding editor of the Journal of Alternative & Complementary Medicine, and served as a contributor or board member for several other journals in the field. She was also a beloved member of the American Botanical Council, the nation’s leading herbal advocacy organization.

ABC founder/director Mark Blumenthal notes that, “Fredi had been a long-standing and active member of the Board of Trustees of the American Botanical Council for 18 years, since 1999 until her death. During this entire time she was an outspoken and positive influence on the direction and role of ABC. She introduced ABC to many prominent leaders in the CAM community, many of whom have participated in ABC’s nonprofit research and educational mission, publications, and programs.”

ABC published an in-depth spotlight on Kronenberg in 2010.

As unpretentious as she was brilliant, Kronenberg never sought the camera or the spotlight. But she was a true leader, and anyone who’s been involved in holistic, functional or integrative medicine over the last 30 years has been touched by her work—whether they realize it or not.

Kronenberg was a visionary who led with a quiet grace and a twinkle in her eye. She inspired others with her genuine spirit of inquiry.

In a touching note on Legacy.com, Roy Upton, president of the American Herbal Pharmacopeia, recalled that Kronenberg, “Possessed the straight forward honesty of a New Yorker tempered with an incredible abundance of kindness, playfulness, and love. The last time we were together, she, I, and a mutual friend were skipping arm and arm down the corridor of a phytochemistry conference. Something you just do not see PhDs do (smile), especially in sight of other PhDs (big smile). I was blessed to have known her.”

Fredi died in her home, after a long struggle with lung cancer. May her memory and her legacy be a blessing for all who knew her, and for all involved in the noble mission of improving health and wellbeing.