Home | Prevention Practice Pearls | Topics | Platelets: How to Keep Them In the “Goldilocks” Zone
View Cart

Platelets: How to Keep Them In the “Goldilocks” Zone

Platelets may be tiny—on average they’re about 20% of the diameter of red blood cells—but they have huge impact on our health and wellbeing. Beyond their obvious role in blood clotting and wound healing, they are also important players in the immune system.

More than we realize, optimal health depends on the platelets doing their jobs appropriately, but not over-doing them.

There are as many as 150,000-350,000 platelets per microliter of blood, but since platelets are so small, they make up just a tiny fraction of the blood volume.

These splendid multi-functional cell fragments are produced by the megakaryocytes in the bone marrow, via a process comprised of an intricate series of remodeling events. A single megakaryocyte can release of thousands of platelets. Like red blood cells, platelets (aka thrombocytes) lack nucleii, and hence they have no nuclear DNA; but they do contain some RNA machinery.

As with most physiological functions, we want thrombocyte production and function to in the “Goldilocks” zone: not too much and not too little.

Blood clotting is indeed essential. If it weren’t for high-functioning platelets, even relatively minor injuries would be debilitating or life-threatening.

But as we see all too often in our practices, clotting in the wrong places at the wrong times—in the coronary arteries, the carotids, or the brain—can be deadly. Clots are not always stable and they don’t always stay put. A clot formed in a leg vein can travel through the bloodstream to the lungs, causing an embolism. A thrombus arising in the heart can end up in the brain. These silent migrations can have lethal consequences.

In the context of atherosclerosis, we can really see how a physiological healing response can end up causing damage.  When there’s an endothelial injury, white blood cells and particles of cholesterol-carrying low-density lipoprotein (LDL), and form a gooey pool rich in inflammatory signaling molecules.

Eventually, a thin cap forms over the mess. If that cap splits open, the body responds as it would to a cut in the skin: platelets rush to the scene and clotting begins. If the break is small and heals quickly, the episode passes with no harm. But if the rupture is extensive, the resulting clot occludes the artery. If that happens in one or more of the coronary arteries, the patient ends up in the emergency room with a myocardial infarction.  When a clot occludes an artery feeding the brain, it causes a stroke.

We’re taught to prescribe anticoagulant drugs to decrease platelet aggregation, and to interrupt the clotting cascade at one or several of its stages. These can mitigate risk of MI and stroke, but it is equally true that any one of these anticlotting drugs can cause excessive bleeding. We need to be careful and constantly watch for signs of abnormal bleeding, such as bruising and swelling (without physical injury), or blood in the stool.

We also need to consider that thrombocytes play other important roles beyond clotting. These include:

Tissue & Wound Repair: Adequate and timely repair depends upon healthy, functioning platelets. Different growth factors and other biomolecules necessary for wound healing are provided by platelets (hence the surging interest in platelet-rich plasma (PRP) to treat sports injuries and the like).  When there is a deficit in repair, inflammation results. In some cases, this is due to platelet inhibition.  It may also be due to deficiencies in magnesium or vitamin C, or to use NSAIDs, steroids, aspirin or other drugs that inhibit platelets.

Cell Proliferation: Platelets release specific signals that promote mitosis in various tissues of the body. This property of platelets has been harnessed to create therapies for healing from bone-related injuries

Immune System Function: Platelets are crucial to the optimum functioning of the immune system, modulating both the innate and adaptive immune defense/repair responses.

How can we help our patients optimize their platelet function? I tend to advocate for a “physiology before pharmacology” approach. The key is to protect the endothelial lining, and to promote appropriate but not excessive clot formation. Here are five key factors that support healthy platelet function: 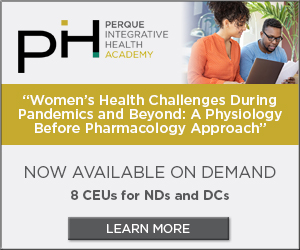