Speaking at the recent NEXT Innovation Summit, Dr. Kraft said that a Star Trek-esque world of tricorder-enabled Dr. McCoy’s tailoring treatments and tweaking human biology based on 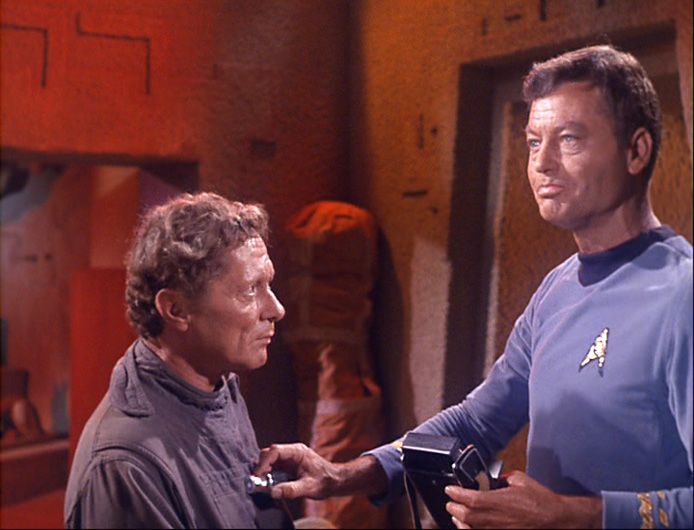 A Stanford-trained hematologist-oncologist and health-technology pioneer, Dr. Kraft is also the chair of the medicine track for Ray Kurzweil’s Singularity University and executive director of the FutureMed programs. He believes we are on our way to a tech-fueled transformation of healthcare’s 19th century framework.

“Our brains haven’t been upgraded in 2 million years but our apps and devices get upgraded every 2 weeks!” Dr. Kraft stressed that the health tech explosion won’t replace clinicians, but it will increasingly influence their decision-making. He calls it, “Intelligence augmentation.”

It may seem like a lifetime ago since the iPad, Android and other tablets hit the scene, but it has only been 7 years since the first iPhone, and 6 years since tablets became a reality. The changes are happening fast.

“The smartphones in your pockets are about a billion times smarter and faster and cheaper than the supercomputers of the 1990s.” Genomic science is developing at twice the rate of Moore’s Law, he said, referring to Gordon Moore’s famous 1970 postulate that new tech enables computing capacity to double roughly every 2 years while cost decreases by half.

What happens when patients present with their complete genomes? How are clinicians supposed to make sense of all the biomarkers, the microbiome data, the proteomic and environmental information, and self-monitored vital signs now available via free or inexpensive smartphone apps?

“Things are speeding up, and if you’re not paying attention you might be disrupted. You might be having your own “Kodak” moment,” Dr. Kraft said, referring to the once mighty photo giant that forsook the digital revolution.

“Kodak actually invented digital photography, but they didn’t really want to disrupt their own business line (in film photography)…so they let it go. Others took it over, and what happened? A year ago 12 kids in a Palo Alto garage sold Instagram for $1 billion and Kodak was bankrupt. How can you be the disruptor not the disruptee?”

Here are 10 of Dr. Kraft’s picks for transformative technologies that ought to be in your digital doctor bag.

The AliveCor sensor—which snaps on a user’s mobile phone—costs $199. The analytics app is free. Data storage is limited only by the memory on the phone. People can use the system for self-monitoring—the app provides meaningful but comprehensible interpretations– but the system also facilitates secure data-sharing with practitioners.

“You can record the ECG and send it anywhere on the planet. You can have it read by a cardiologist. If someone collapses at a party or on a plane or something, you can almost immediately get an ECG, and a consult about what to do next,” Dr. Kraft said. He believes AliveCor is ideal for any patient with atrial fibrillation or other types of arrhythmias in which ongoing monitoring would be useful.

uBiome: Genomics is so…2013! The new buzz is microbiomics—mapping the astonishingly diverse microbial ecosystems within the human body. The microbiome collectively affects digestion, immune function, and many aspects of metabolism, influencing risk of diabetes, obesity, heart disease, IBS, insomnia, and some forms of cancer.

uBiome, a San Francisco startup, has developed a simple swab kit that allows anyone to get a complete read on their nasal, oral, otic, gastrointestinal and genital microflora—for a mere $89!

Entirely crowd-funded and taking a citizen-science stance, uBiome has gathered microbiome data from people in 196 countries. “We don’t exactly know what to do with all this information yet, but I think it will be very important,” says Dr. Kraft, adding that mBiome is moving microbiome research out of academia and into America’s living room.

“I-Derm” Apps: Is that a melanoma or just a benign nevus? A number of companies are making it possible for doctors—and consumers—to get fast answers from board-certified dermatologists by simply taking photos on their smartphones.

“This is great for parents of small children. They don’t have to drag the kid to the pediatrician every time he’s pulling on his ear. Just pop the scope in the ear, send a pic to the pediatrician, and you can find out quickly if its otitis media or not.

Oto is just the first of suite of clip-on tools CellScope hopes to launch, including dermoscopes, ophthalmoscopes, and others. CellScope’s Oto has already been in alpha-tests at physicians’ offices across the US, and will likely roll out for broader use later this year.

Basis Watch: A cornerstone of the “quantified self” movement, the Basis watch is an integrated biosensor that enables an individual to track real time heart rate patterns, motion, energy expenditure, sleep stages, temperature and perspiration throughout the course of the day. Waterproof and shock resistant, it’s ideal for serious athletes, but Dr. Kraft believes it has a role to play in patient care.

It could be a big help for a patient who is just starting out on a new medication and is concerned about side effects and metabolic changes. With its “wellness” focus and support tools that emphasize actionable change, the Basis is also an invaluable aid in helping people make meaningful lifestyle shifts. Oh, and it also tells time.

The HealthPatch is currently under FDA review for sale in the US, said Dr. Kraft, who consults with the company. He expects it will be available next year.

Scanadu: “Tricorders are not science-fiction anymore,” Dr. Kraft said noting that a few years ago, Qualcomm committed $10 million to sponsor of an X Prize contest to develop the sort of handheld multi-system diagnostic scanner that made Bones McCoy the best dern doctor in StarFleet.

Over 200 teams entered the still-to-be-decided contest. Scanadu, a startup born at the NASA Ames Research Lab, is a leading contender. The company’s Scanadu Scout is a tiny disc-shaped instrument a user holds to his or her forehead. The Scout detects a range of biometrics including heart rate, blood pressure, pulse, skin temperature, oxygen saturation, single-lead ECG and others, and transmits them to a smartphone.

Last summer, Scanadu raised $1.6 million in a stellar indiegogo campaign. The company is also developing a smartphone enabled urinalysis kit called Scanaflo that will enable people to measure glucose, protein, leukocytes, nitrates, blood, bilirubin, pH and other parameters in their own urine at home.

“We’re building a way for people to check their bodies as often as they check their emails,” said Dr. Kraft who also consults with Scanadu. He expects the Scout device will be available in early 2015, initially to the donors who crowd-funded Scanadu’s launch.

HAPI Fork: Marketed as “the world’s first Smart Fork” the HAPI is a USB-enabled gizmo that enables people to track how fast and how much they’re eating during a meal. Designed to help entrain slower eating, the fork gives users polite little nudges—in the form of indicator lights and vibrations—when they’re starting to wolf their meals. A suite of HAPI apps allows users to track their eating patterns over time.

ZocDoc: One of the world’s most successful healthcare IT companies, ZocDoc essentially retooled the technology used by restaurant reservation sites like OpenTable and adapted it for practitioner office visits. According to Dr. Kraft, the process is fast and seamless. It’s very convenient for patients seeking fast appointments, and given that a practice’s availability can be upgraded in real time, it helps clinicians fill cancellations and scheduling gaps.

Bioniq Health: If the flood of new health tech has you boggled—and well it should!—don’t worry. Dr. Kraft and colleagues have you covered. He and a team of other techies recently launched Bioniq, an online platform positioned as a one-stop, go-to resource for consumers and clinicians trying to make sense of the digital health tools now available.

Part online superstore, part crowd-sourced tech review, Bioniq wants to help people figure out if they really need a Fitbug, or if a Mio is more their speed.

“It enables you to find digital health tools, compare and rate what you find, and discover what’s right for you,” said Dr. Kraft, adding that his group is working on a Bioniq platform specifically for clinicians, to help them “Rx” devices & digital tools for their patients.