Migrants at the Border: US Citizens Head South for Cheap Medical Care 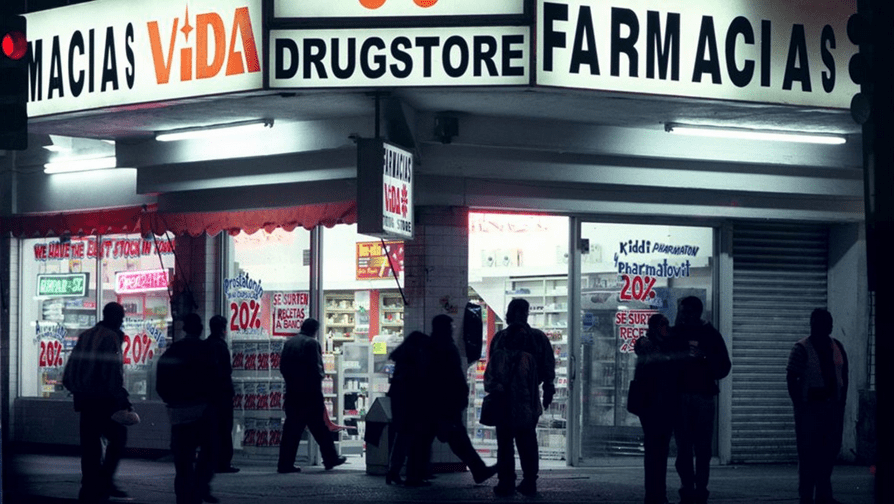 There are a lot of anxious, needy people eager to cross the line that separates the US from Mexico. Go to the border towns of Southern California and Arizona, and you’ll see them— US citizens heading south to Mexican clinics and farmacias, seeking lower cost surgeries and cheap meds.

Medical and pharmacy “tourism” to Mexico is a large and growing phenomenon, one that has received little attention amid the bitter political rancor over immigration policy and border control. It has been going on for a long time. Lately, it has been surging.

These medical “refugees”—often desperate for procedures or treatments they cannot afford in the US—are finding what they need in Mexico. In fact, some are being sent across the border by insurance plans eager to capture massive savings on their pharma spending.

US citizens crossing into Mexico receive a much warmer welcome there than do the Mexicans and other Central Americans trying to cross north. There are hundreds of clinics and pharmacies catering to uninsured or under-insured Americans on the Mexican side, a marked difference from the detention camps that northward migrants face in the US.

The quality of medical products and services that US citizens obtain south of the border is highly variable. So are the regulations governing this peculiar form of healthcare trafficking.

Despite the ambiguities, the phenomenon shows no sign of abating. It reveals much about what is wrong with US healthcare, and the nation’s relationship with countries to the south.

In essence, we are outsourcing medical labor and the rising costs of care for our growing elderly and low-income populations. Owing to the precarious state of its own economy, Mexico is happy to oblige.

Under this plan, qualifying PEHP members get free round-trip air tickets from Utah to San Diego, ground travel across the border to Tijuana—through a specially designated “priority” lane, of course—and $500 cash awards for their troubles. Once they’re in the Land of the Bad Hombres, PEHP employees are shuttled to a clinic which PEHP’s director, Chet Loftis, compared to a Mayo or Cleveland Clinic.

Currently, the program is limited to 13 big-ticket drugs, including Ampyra, Copaxone, Tecfidera and Avonex for MS; Enbrel for rheumatoid arthritis and various autoimmune disorders; Humira for Crohn’s and ulcerative colitis; and Zytiga for prostate cancer. Utah employees covered by PEHP who qualify can go to Tijuana every 3 months, for a yearly max of $3,900 in rewards and travel coverage.

PEHP insures between 160,000 -170,000 Utahns and their dependents. This new plan is a response to a recent law mandating that insurers covering Utah state employees offer savings rewards to patients who choose cheaper options.

Mexico, it turns out, is the cheapest option out there.

Trans-border cost differentials for the other 12 listed drugs are similar. From a fiscal perspective, sending Utahns down to Mexico is a no-brainer.

PEHP has been ahead of the curve on medical travel. Prior to this new “drug trip” option, the plan had offered Utahns coverage for a variety of out-of-country medical procedures. But this failed to catch on, in part because there were no cash incentives.

According to KUTV, a CBS News affiliate station in Salt Lake City, roughly 100 PEHP beneficiaries have qualified for the new pharmacy program so far.

Where Rx Drugs are OTC

PEHP’s trans-border travel system appears to be well organized and highly selective, with a US-accredited clinic on the receiving end, and a 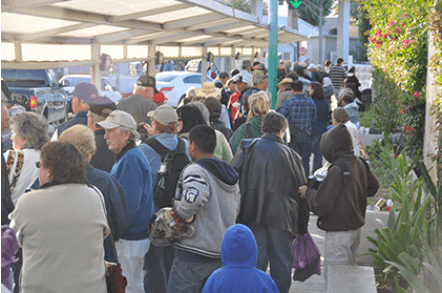 But many other health travel excursions are less well controlled, especially ones undertaken by individuals on their own.

The fact is, many pharmaceuticals accessible by prescription-only in the US—some antibiotics and oral contraceptives, for example–are available over-the- counter in Mexico. And at much lower prices.

According to a Kaiser Family Foundation survey of health policy attitudes published shortly after the 2016 presidential elections, 8% of the more than 1,200 respondents  indicated that they had purchased Rx drugs outside the US. If that figure accurately represents the US population, it means roughly 19 million Americans are getting their meds abroad. Some people with chronic conditions have been doing this for years.

Take a Bite Out of Dental Costs

According to a recent report by Mark Provost on the TruthOut website, roughly 6,000 US citizens cross the border from Yuma, Arizona to the town of Los Algondones every day during the winter months. And Yuma is just one of the 48 official border crossings between the US and Mexico.

Cheap dental care is a big draw in Los Algodones. Known locally as “molar city,” the town hosts more dentists per capita than anywhere in the world. They treat a non-stop flow of elderly and low-income people from the US and Canada who either do not have insurance, or who’ve maxed out the limited dental coverage in their healthcare plans.

Typical dental plans in the US top out at $1500, though a single crown can cost as much as $2000. The cost of dental procedures in Mexico is often 80% lower than in the states. That is due to several factors: 1) Higher education—including medical/dental school–is free in Mexico, so new graduates are not burdened by massive debt. They pay back training costs with a year of free government service; 2) Real estate is less expensive; and 3) Mexican healthcare is largely insurance-free. Practitioners there simply don’t have the overhead or hassle factors of insurance-based practice.

Provost estimates that with 6,000 people crossing the Yuma-Algodones border each day—some on foot, as it’s only a few miles—there are almost 5 times as many US dental migrants heading into Mexico as there are Central American refugees seeking passage into the US.

Of course, the circumstances are different and it is a questionable comparison: nearly all US medical/dental travelers intend to return home, and have no plan to settle in Mexico. They’re also going to Mexico to spend money. That’s not the case for most would-be immigrants from Central America.

But with millions of Americans seeking low-cost care, and thousands of Mexican doctors, clinics, and pharmacies catering to them, Mexico’s healthcare resources are being diverted toward care of these migrants, and away from Mexicans themselves.

The situation highlights an important though seldom-discussed aspect of the social and economic dynamics at the border.

Mexico has become the most popular medical travel destination in the Western Hemisphere, according to a report by Market Mogul, a London-based business news agency.  An estimated 14 million people travel there for medical care annually. Many are US citizens seeking cheaper prices, or Canadians wanting to avoid long wait times for procedures. 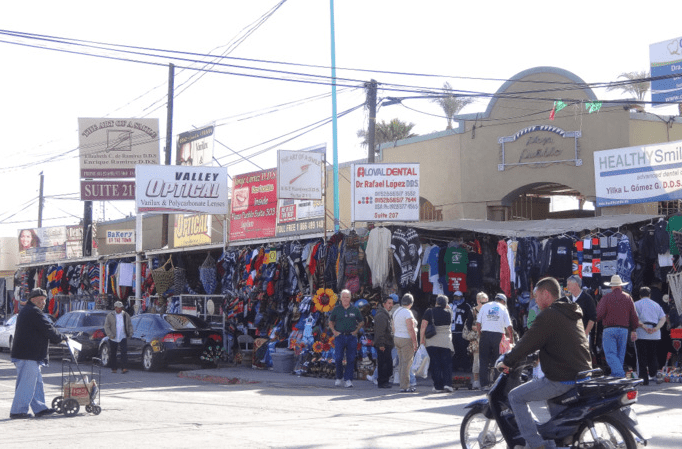 According to Patients Beyond Borders, a website that both tracks and facilitates medical travel, the trans-national healthcare industry represents somewhere in the range of $65-87.5 billion every year, and growing at a rate of 15-25% annually. PBB estimates 1.9 million Americans will go outside the country for medical care by the end of 2019.

Mexico leads the list of in-bound Americans, who obtain savings in the range of 40-65% across all procedures for which they travel.

The regulations governing medically- or pharmaceutically-motivated travel to Mexico (or anywhere else, for that matter) are complex and definitely not clear-cut.

Any US citizen with a valid passport can legally cross the Mexican border, and there’s no rule stopping a US national from obtaining medical treatment or purchasing meds—Rx or OTC. Bringing drugs back into the US is another matter.

Technically, crossing into the US with pharmaceuticals purchased in Mexico is “importation,” and enforcement is split between Customs and Border Protection (CPB) and the Food and Drug Administration (FDA).

According to the Hill Law Firm, a Houston-based criminal defense law office that has done a lot of work on drug importation cases, CPB allows Americans to bring up to 50 doses of a medication back into the US without a US prescription. This excludes all narcotics and cannabis (despite changes in various state-level cannabis laws). It also excludes drugs not FDA-approved for distribution in the US.

“In other words, if you can’t get them in an American pharmacy, you can’t bring them into the country,” warns the Hill Law website.

The FDA’s rules differ somewhat. The agency allows a US citizen to apply for permission to import meds not currently on the US market, provided that they have pre-approval, a legitimate prescription from a US physician, and that the drug in question does not pose “serious health risks.”

FDA guidelines generally do permit Americans to bring in relatively small amounts—a 3-month or 90-day supply—of FDA-approved drugs purchased south of the border, again provided that they have valid prescriptions in their own names. These pre-approved prescription provisions are what enable organized pharmacy excursions like the ones organized by PEHP.

The Hill attorneys note that on the ground or in airports, returning medical migrants will be far more likely to encounter CPB agents than FDA officials. Border agents have considerable individual discretion in their enforcement actions.

There’s no question that returnees must declare the purchase of any and all medications, and should be prepared to present those meds in their original containers.

Lying or deceiving CPB agents is a very bad idea.

Though arrests for prescription drug trafficking are relatively rare (given the number of Americans who buy meds in Mexico), it does happen. Penalties range from fines to jail time—especially if a judge determines that someone has intent to sell or distribute.

Bargain-seeking patients also need to be aware that unwitting violations of Mexican drug laws can also lead to serious consequences. According to an informative guide on the Tripsavvy website, penalties for drug-related offenses in Mexico can be very severe—at minimum a large fine, at worst serious jail time.

“Unknowingly breaking the law, or getting a Mexican prescription, even unknowingly, from someone who is not authorized to issue it does not excuse a US citizen from prosecution in Mexico.”

Mexico has world-class medical facilities as well as some that are highly questionable. The same holds for the quality of drugs and healthcare products available in pharmacies there.

US citizens seeking safe care need to vet their destination clinics very carefully, to ensure they are visiting licensed, certified clinics with well- 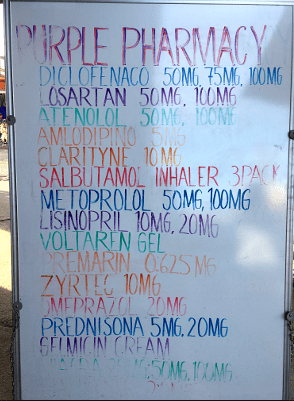 trained and qualified practitioners. The top-tier hospitals and clinics in Mexico, as is the case across the globe, maintain accreditation by the Joint Commission International (JCI), the international branch of the organization that certifies hospitals here in the US.

According to Patients Beyond Borders, as of 2018 Mexico has 8 JCI-accredited hospitals, up from zero in 2006.

“Mexico has in recent years come into its own as a global healthcare hub, offering patients an array of specialties and procedures that now begin to rival its competitor nations in Asia,” the site notes.

There are also many smaller clinics headed by US- or European-trained Mexican clinicians (or ex-pat US doctors) that provide high-quality care. Some are family-run and have been providing medical care for generations.

US medical migrants should also be aware that malpractice and liability laws are different in Mexico; should something go wrong, their legal recourse may be limited. Those heading south for serious procedures are wise to line up good pre-and post-op support close to home, before making the trek.

Regarding the purchase of prescription drugs in Mexico, there are several definite caveats:

Despite the caveats, the vastly lower cost of healthcare in Mexico, the simplicity of access, and the eroding quality of care here in the US are likely to keep millions of Americans heading south for years to come. Medical migration is a large and growing phenomenon, one that needs to be included in discussions of border security and international policy.