On December 9, endurance athlete Colin O’Brady set out with five other intrepid men from Punta Arenas, Chile—one of the

Called “the most dreaded bit of ocean on the globe,” by Ernest Shackleton’s biographer, Alfred Lansing, the Drake Passage has never been transected by a human-powered craft. In 1989, Ned Gilette led a 3-man rowing crew across, but his boat had a sail. Colin O’Brady’s does not.

The Ohana (“family” in Hawai’ian), as O’Brady’s 29-foot craft is named, has no motor. It is powered solely by three sets of oars. O’Brady, the expedition’s leader, had never rowed a boat before beginning the arduous training process leading up to the mission.

Yet, he and his crew, rowing round the clock, crossed over 650 miles of frigid water, 40-foot swells, and merciless windstorms in 12 days. None of the crewmen got sick or injured, and none of them missed a shift on the oars.

The voyage, billed as “The Impossible Row,” is dedicated to “anyone who has been told their dreams are impossible,” O’Brady stated.

The 34-year-old is no stranger to the impossible.  He’s completed more than 50 triathlons, and represented the US at the 2010 World Triathlon Championships in Budapest.

After retiring from the triathlon world, O’Brady and his wife Jenna launched Beyond 7/2, a journey to complete the “Explorers Grand Slam,” scaling the highest mountain peaks on all seven continents and reaching both the north and south poles. He’s the 36th human to ever complete the arduous itinerary, and he did it in a record 139 days, besting Richard Parks’ 2011 record of 197 days.

Not content to sit still, O’Brady undertook a solo excursion across Antarctica. He completed a 932-mile trek, pulling his own 300-lb sled across the South Pole Overland Traverse in 54 days, another world record.

These achievements would be impressive for anyone. They’re all the more so, considering that back in 2008, O’Brady suffered severe burns over 25% of his body after being caught in a fire while trekking in Thailand. The burns primarily affected his feet and legs, and doctors predicted that he would never walk normally again.

Eighteen months after the injury, O’Brady placed first in the Chicago Triathlon.

The Drake Passage expedition pressed  human physiology to its extremes. The crewmembers rowed in cycles of 90 minutes, with 90-minute recovery breaks during which they slept in tiny compartments built into the boat.

For nutritional support during the journey, O’Brady turned to Standard Process—one of the nation’s leading practitioner-focused supplement companies. SP has been a pioneer in the field of nutritional supplementation since its founding in 1929.

Researchers at SP’s Nutrition Innovation Center in Kannapolis, NC, did extensive biometric testing with O’Brady, to develop the “Colin 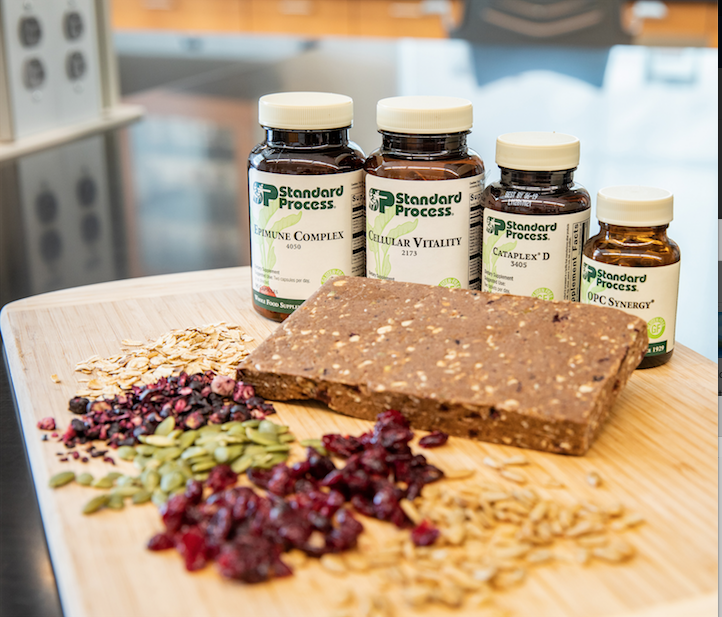 2.0” nutrition bars that were the staple food for O’Brady and his crewmembers during the Drake Passage crossing.

“Nutrition is extremely important with this kind of attempt; every ingredient had to add value to the bar,” said Kristine Polley, PhD, a nutrition scientist at the Nutrition Innovation Center. “We added higher carbohydrates for more energy, vitamins for energy metabolism, and supplements to help support immune health.”

In addition to the core of whole-food nutrients, the 600-plus custom crafted bars also contained many ingredients used in  Standard Process’ nutritional supplement formulas.

In addition to the custom-formulated SP bars, the Ohana’s crew also had a limited selection of freeze-dried camping foods, like scrambled eggs. Their drinking water came from a solar-powered desalination device that converts seawater for human consumption.

The toilet aboard the Ohana consisted of a 5-gallon bucket. 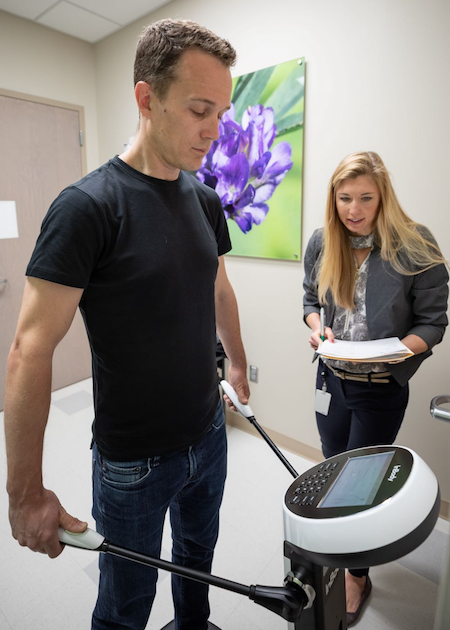 The rowers’ caloric demand was astronomical. Each man burned roughly 10,000 calories per day. Though the “Colin Bars” were extremely dense nutritionally, the limited rations—each man averaged about 4 bars per day–and time for eating meant that the men consumed only 7,000 to 8,000 calories per day.

All the crewmembers lost weight. One of the rowers, Andrew Towne, lost 10 Kg (22 pounds) over the 12-day odyssey. O’Brady lost 4 Kg (nearly 9 pounds). Despite the weight loss, all of the men stayed healthy and functional throughout the 12 day journey.

SP had worked with O’Brady to fuel his earlier Antarctic trek, and his 2018 “50HP” expedition, a coast-to-coast adventure to climb the 50 highest peaks in the US.

O’Brady says the main objective behind all his expeditions is to encourage children and teens to dream beyond any limits that people put on them, to set ambitious goals and work toward them, and to lead active and healthy lives. He attributes his own tenacity and discipline to his sports-filled upbringing in Portland, OR, and his early education at the Franciscan Montessori Earth School.

He and his wife, Jenna, speak regularly at schools, bringing their message of inspiration to kids across the globe.