Recent research suggests that magnesium plays a role in neuroplasticity, and that supplementation with this important mineral could help to prevent 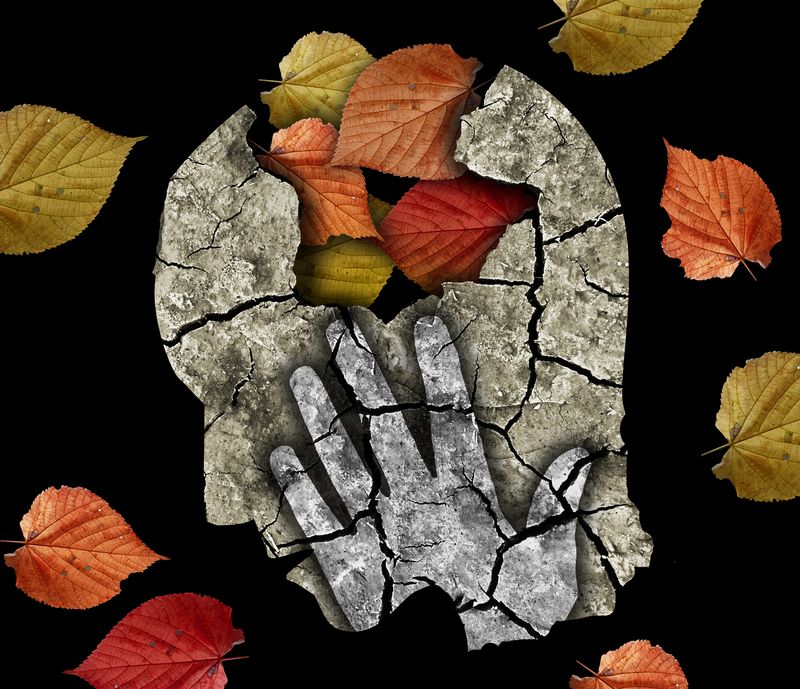 Alzheimer’s and other forms of age-related dementia.

Outside of bone, the highest tissue concentrations of magnesium (Mg) are in the two organs with the highest electrical activity: the heart and the brain. Both are vulnerable to Mg insufficiency.

Mg is the fourth most abundant mineral in the body, but only 1% circulates in blood. The concentration in cerebrospinal fluid (CSF) is higher than in serum, a difference maintained by active transport. This biological fact underscores the importance of Mg for optimal neurological health: the body works to keep CSF Mg levels stable.

According to a recent systematic review from the University of Padova, people with Alzheimer’s disease have significantly lower CSF Mg levels than healthy controls of similar age. The authors conclude that, “AD seems to be associated with a lower Mg status.” (Veronese N, et al. Am J Alzheimers Dis. 2016; 31 (3): 208).

That’s a scary thought, given the prevalence of Mg deficiency. According to the US Department of Agriculture, only 32% of all American adults meet the RDA for Mg, which is 420 mg per day for males over 30, and 320 mg for females. Many clinicians consider the RDAs to be a minimum, too low for optimal function.

Over the last 100 years, daily dietary intake of Mg has decreased from 500 mg to about 200 mg, largely due to high consumption of nutrient-poor processed foods, and chemically-treated crops grown in depleted soil.

Mg affects brain health in many ways. To be sure, there is a vascular aspect. Mg improves cerebral blood flow, and reduces levels of harmful cholesterol and triglycerides, thus attenuating the vascular changes that contribute to cognitive dysfunction. There may also be an anti-inflammatory effect.

They gave the rodents the equivalent of 50 mg/kg/day in their water for one month. CSF samples collected at day 12 and 24, showed that Mg concentrations had increased by 7%, on average, over baseline.

The treated animals, regardless of age, showed marked increases in the ability to learn and execute diverse memory-dependent tasks. The improvement became apparent within 6 days in the younger rats, and within 12 days in the older ones.

Analysis of the animals’ brains showed increased synaptic density in the hippocampus. 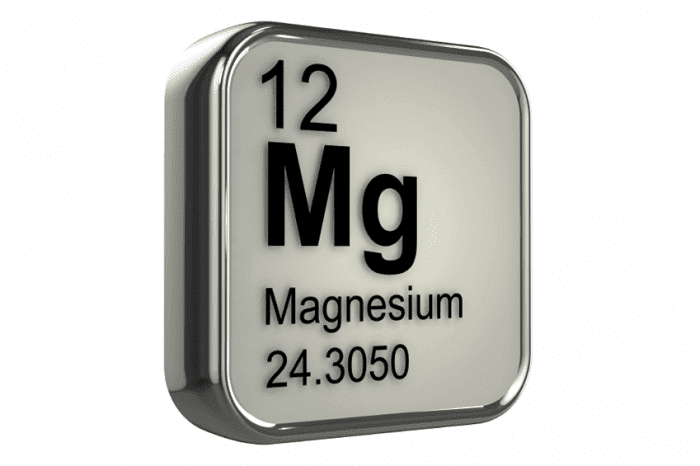 Rodent studies and cell culture experiments are one thing, living humans are another. What’s the clinical evidence?

Though research on Mg for dementia is still in its early stages, there are promising signals. Researchers at a California-based company called Neurocentria have developed a patented form of L-TAMS called MMFS-01 (trademarked as Magtein) that is showing significant effects on memory and executive function in early stage trials.

Magtein is a magnesium salt of the vitamin C metabolite, L-threonic acid. It was designed to be more bioavailable than other forms of Mg, so it can be given in smaller doses without any laxative effect. It is the only form definitively documented to cross the blood brain barrier.

In a 12-week study investigators randomized 44 men and women with mild cognitive impairment to placebo or Magtein, at a dose of roughly 25 mg/kg/day (1.5 g per day for subjects weighing between 50-70 kg, and 2 g per day for those between 70-100 kg).

At baseline, all reported subjective memory complaints, sleep disorder, and anxiety. None were taking psychoactive drugs or supplements during the trial.

The Mg-treated subjects, who had a mean age of 57 years, showed statistically significant improvements on a range of standardized tests, including the Trail-Making, Digit Span, and Face-Name tests. Placebo-treated patients showed little improvement (Liu et al, Journal of Alzheimer’s Disease 49, 2016, 971–990).

“MMFS-01 treatment resulted in an improvement in multiple individual cognitive domains. After 6 weeks of treatment with MMFS-01, we observed improvements in executive function (TMT-B), and working memory (DigitSpan), both associated with the prefrontal cortex, and after 12 weeks, we observed improvement in episodic memory, associated with the hippocampus,” reported lead investigator Guosong Liu, who is also founder of Neurocentria.

Beyond the obvious bias inherent in any study funded and conducted by developers of a product, Dr. Liu’s Magtein study had a long list of exclusion criteria, among them heart disease, hypertension, thyroid disorders, diabetes, and psychiatric disorders. This raises a question of whether Magtein would be safe and effective for all at-risk people, or only those with relatively high overall health status.

Several studies indicate that Mg can also help people with insomnia—a common problem among elders at risk for dementia.

“By helping to calm the nervous system, magnesium may help support healthy sleep.”

Prior to their double blind trial, Dr. Liu’s group studied a cohort of 100 people who were given Magtein knowing they were taking something for “brain health.” After one month, many reported better sleep and memory. He admits that this is far from definitive data. “There is the definite issue of placebo effect, but it is hard to fake if you got more sleep or not.” Even a small sleep improvement will have beneficial effects on brain function. 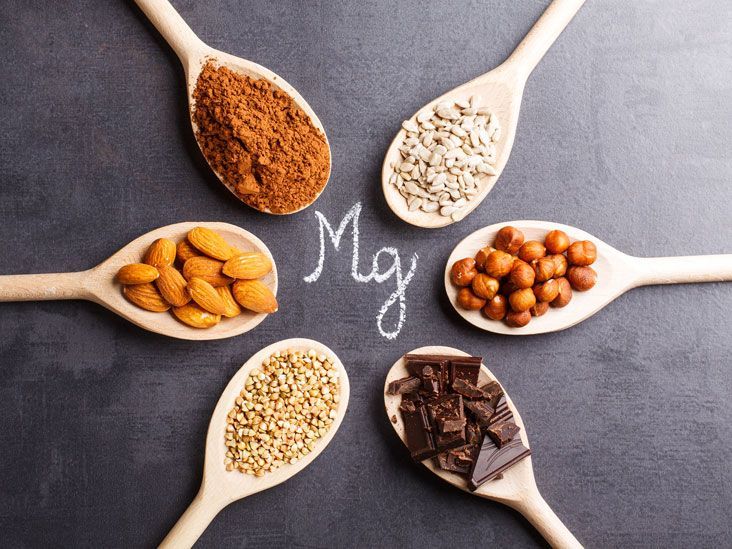 Is magnesium safe for ongoing supplementation? It seems to be. At recommended dose ranges, it is unlikely to cause serious or life-threatening side-effects. Diarrhea—the most common Mg-related adverse event–will kick in long before someone can push the levels into ranges that might cause harm.

Dr. Liu noted that his company’s Magtein product has already been certified as “generally recognized as safe” (GRAS) by the FDA, as have many other forms. Side effects such as headaches and diarrhea can occur if dosing exceeds the label recommendations.

It is a sad fact that magnesium oxide–one of the most widely sold forms in retail–has the lowest bioavailability, at about 4%. Thomas Guilliams, PhD at the Point Institute recommends that protocols aimed at delivering high amounts of Mg (150 mg or more per day) be done with highly bioavailable forms like organic salts or chelates.

It also makes good sense to take Mg with B-vitamin complex, since vitamin B6 plays a role in determining how much of the mineral will be absorbed into the cells.

A new wave of research and clinical innovation is sparking a major shift in how we understand Alzheimer’s and other forms of dementia. Notably, the work of UCLA-affiliated neurologist, Dale Bredesen, is showing that comprehensive, individually-tailored nutrition and lifestyle interventions can not only slow progression, but can actually reverse dementia (Bredesen, et al. Aging. 2016; 8(6).

Bredesen, and clinicians trained by him, utilize a wide range of drugs, nutrients, vitamins, and herbs. The choices are guided by genomic profiles, functional tests, and symptom patterns. This is definitely not a one-size-fits-all approach. But while the specifics vary by case, the ultimate goal is the same: to foster neuroplasticity.

The Magtein studies and others indicate that Mg warrants a place in nutrition-based protocols to slow or reverse dementia. UIltimately, treating this disease requires a comprehensive lifestyle plan.

Among its other negative effects, chronic stress burns up great quantities of Mg. So stress management needs to be part of the equation too. Exercising the brain by learning new skills, games, or languages, practicing musical instruments, and working on crafts also nurtures neuroplasticity and creates new synapses.

The principles and practices of holistic and functional medicine are opening up an entirely new perspective on age-related cognitive decline: it need not be inevitable, and in many cases, it may indeed be reversible.

Krystal Krisciunas holds a Master’s of Science in Nutrition and Integrative Health from Maryland University of Integrative Health (MUIH). She specializes in clinical nutrition with a concentration in herbal medicine, and a deep love for cooking. Krystal resides in Baltimore where she teaches a Health and Wellness enrichment course at an after-school program. She has a strong interest in all things brain-related.

Erik Goldman contributed to the reporting on this story.