Is Herpes A Trigger for Alzheimer’s Disease? 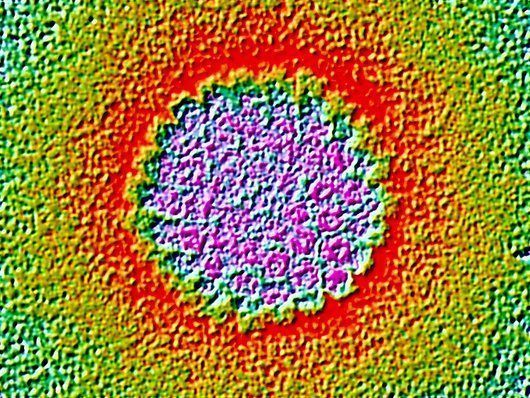 BELLEVUE, WA ⎯ An emerging line of research is implicating the herpes simplex virus as an underlying trigger for formation of β-amyloid plaques in the brain, the hallmark of Alzheimer’s disease.

A number of recent studies—along with the failure last summer of a highly touted anti-amyloid drug–are pushing Alzheimer’s researchers and clinicians alike to rethink the role of β-amyloid in the etiology of this disorder.

The emerging paradigm suggests that β-amyloid, far from being a malevolent biochemical culprit, is an endogenous antimicrobial protein that the brain secretes in self-defense against infectious pathogens, said David Perlmutter, MD, at the Institute for Functional Medicine’s 20th annual symposium.

The notion that there may be an infectious component in the etiology of Alzheimer’s disease—and herpes is not the only suspect–opens up new possibilities for preventing and treating this devastating condition.

“It may not be such a good idea to try to get rid of β-amyloid,” said Dr. Perlmutter, challenging the prevailing wisdom that β-amyloid deposition is a fundamentally pathologic process. While buildup of amyloid plaque clearly correlates with neurodegeneration and disease progression, amyloid secretion is actually a primitive self-defense mechanism gone awry. Use of anti-amyloid therapies, like Lilly’s now-defunct Semagacestat, is akin to treating the smoke while ignoring the fire.

“β-amyloid may actually be a friend, not a foe,” said Dr. Perlmutter, a neurologist & functional medicine physician in Naples, FL, who is author of The Better Brain Book, and Power Up Your Brain.

“β-amyloid is, essentially, a host-defense peptide,” one of a number of Antimicrobial Peptides (AMPs) secreted within the brain. Stephanie Soscia and colleagues at the Mass General Institute for Neurodegenerative Disease recently showed that β-amyloid has marked microbicidal activity against several human pathogens, including Candida albicans, Escherichia coli, Staphylococcus aureus and pneumoniae.

In their seminal 2010 paper, the authors assert that, “a reevaluation of the role of β-amyloid may now be warranted in view of these data suggesting that the peptide functions as an AMP in tissues. Rather than β-amyloid acting as a sole independent initiator of neuroinflammation, our data raise the possibility that the peptide may be part of a response mounted by the innate immune system.” They add that, “an absence of the peptide may result in increased vulnerability to infection.” (Soscia SJ et al. PLoS One. 2010;5(3):e9505.)

Combs & colleagues at the Alzheimer’s Research Laboratory, Case Western Reserve University showed that β-amyloid is a key factor in triggering secretion of inflammatory cytokines from the microglial cells among the fibrillary tangles characteristic of Alzheimer’s disease. This cytokine release can be quelled by several different anti-inflammatory drugs (Combs C, et al. J Neurosci. 2000; 20(2): 558-67).

As it is in cardiovascular disease, systemic inflammation is turning out to be a key factor in Alzheimer’s. Holmes and colleagues, at the Division of Clinical Neurosciences, University of Southampton, UK, studied cognitive function in 300 people with mild to severe Alzheimer’s disease, comparing the cognitive scores against circulating TNF-α levels, an indicator of systemic inflammation.

Roughly half of the subjects had systemic inflammatory events, including respiratory, genitourinary and gastrointestinal infections associated with an increase in serum TNF-α. Elevation of this cytokine correlated with a doubling in the rate of cognitive decline over a 6-month period (Holmes C, et al. Neurology. 2009; 73(10): 768-74). High baseline TNF-α was associated with a 4-fold increase in the rate of cognitive decline. Subjects with the lowest TNF-α levels throughout the study showed no cognitive decline over the 6-month period.

Clearly β-amyloid is central in the inflammatory process of Alzheimer’s disease. For the last 2 decades, pharmaceutical developers have viewed it as a prime cause—and therefore a prime therapeutic target. Echoing the cholesterol hypothesis of heart disease, the prevailing logic on Alzheimer’s is that if β-amyloid is characteristic of the disease, and its buildup correlates with cognitive impairment, then amyloid reduction will prevent or delay dementia.

That’s not how it is turning out, Dr. Perlmutter said. Last August, the Eli Lilly Company shelved its Semagacestat, an anti-amyloid drug that was leading the race to be the first pharmaceutical therapy for Alzheimer’s.

In the IDENTITY (Interrupting Alzheimer’s dementia by evaluating treatment of amyloid pathology) trial, a Phase III study involving more than 3,000 Alzheimer’s patients, those treated with the drug had more rapid progression and worsening of symptoms compared with those on placebo. The trial was aborted before completion.

If, as Dr. Soscia’s group at Mass General contends, β-amyloid is an antimicrobial defense peptide, then two big question emerge: What pathogen(s) trigger it’s secretion? And, Why are some peoples’ brains vulnerable while others are not?

There is some compelling recent evidence pointing to herpes simplex virus type 1 (HSV1). This virus is highly prevalent, affecting roughly 90% of all adults, a necessary criterion for an infectious etiology in a disease like Alzheimer’s. It can also remain latent throughout someone’s life, and can reactivate in the peripheral and possibly the central nervous system later in life.

In a 14-year study of 512 elderly people with no signs of dementia at baseline, Luc Letenneur and colleagues at the INSERM, Bordeaux, France, showed a marked correlation between the presence of anti-HSV IgG and IgM and the risk of developing Alzheimer’s disease. Presence of anti-HSV IgM conferred a 2.55 hazard ratio for Alzheimer’s, and was a bigger risk factor than presence of the APOE-4 allele, the so-called “Alzheimer’s gene.”

“This is a very robust risk factor for Alzheimer’s,” Dr. Perlmutter commented.

The Letenneur group found that reactivation of HSV seropositivity is highly correlated with incident Alzheimer’s, and may contribute to neurodegeneration. “Recurrent reactivation of HSV might act as a potent stimulus to the brain microglia, increasing the level of cytokines and initiating a positive feedback cycle that gives rise to an increasing accumulation of pathological changes (Letenneur L, et al. PLoS One. 2008; 3(11):e3637).”

In a seminal 2008 paper, researchers at the University of Manchester, UK, showed that HSV1 DNA is present in tissue from the frontal and temporal cortices—key brain regions affected by Alzheimer’s—in a high proportion of elderly people (Itzhaki R, et al. J Alzheimers Dis. 2008 May;13(4):393-405). Interestingly, viral DNA was not found in the occipital brain regions, which are not affected by Alzheimer’s disease.

The Manchester group, led by Dr. Ruth Itzhaki also isolated antibodies to HSV1 from cerebrospinal fluid in elderly people with and without Alzheimer’s, but not from a cohort of younger people, suggesting that the process by which herpes enters the central nervous system is a slow, life-long one.

Most recently, Itzhaki’s team showed that HSV1 DNA could be identified in amyloid plaque samples from people with symptomatic Alzheimer’s disease, as well as from asymptomatic individuals. Among those with Alzheimer’s, 72% of the viral DNA was plaque-associated. “Localization within amyloid plaques reflects a specific association, not a background random distribution,” the authors note. “These results support the deduction that HSV1 is a major cause of plaque formation.” (Wozniak MA, et al. J Pathol. 2009;217(1):131-8).

Dr. Itzhaki contends that HSV is “a significant etiological factor in Alzheimer’s disease,” and has gone as far as suggesting the use of antiviral agents to treat or even to prevent Alzheimer’s.

The idea that herpes might play a role in Alzheimer’s is not new. In 1982, Melvyn J. Ball, a neuropathologist at Oregon State University, noted that HSV1 could establish a lifelong presence in the trigeminal nucleus, which has projections into the mesial temporal areas of the brain, commonly affected in Alzheimer’s disease. Dr. Ball proposed that reactivated HSV1 in the trigeminal nucleus could migrate “downstream” to appear as herpes labialis (“cold sores”), or “upstream” into limbic areas of the brain, leading to dementia.

A majority of adults carry HSV. Yet, only a small proportion ever develops Alzheimer’s. Doesn’t that obviate the possibility that the virus is causative?

It’s not quite so simple, explained Dr. Perlmutter. Like most other chronic diseases, Alzheimer’s is multifactorial. Infections like HSV may be triggers, but they are not the only factors. Genes like APOE-4 play a role, but neither do they give a complete explanation of the pathology.

“We’re talking about environmental contagion interacting with genetic factors, and playing out differently in different people,” he said. The available evidence suggests that HSV1 and the APOE-4 allele are cofactors.

Relatively few people who carry HSV1 also carry the APOE-4 allele, but those who do are consistently at greater risk for outbreaks of herpes cold sores. Presence of the APOE-4 allele also increases risk of HSV1 spread to the brain, as has been shown in rodent studies. Dr. Itzhaki’s group in Manchester has proposed that reactivation of HSV in the brains of APOE-4 carriers results something akin to a mild, localized encephalitis resulting in direct neural damage, and triggering chronic inflammation that lead to further damage over time.

The interactions between HSV and APOE-4 was the subject of an excellent review article by Urosevic and colleagues in the Journal of Alzheimer’s Disease (Urosevic N, Martins RN. J Alzheimers Dis. 2008 May;13(4):421-35).

HSV is not the only infectious pathogen that has been linked with Alzheimer’s disease, said Dr. Perlmutter. Chlamydia has also been implicated. Wayne State University researchers found DNA from Chlamydophila (Chlamydia) pneumoniae brain tissue samples from 20 of 27 Alzheimer’s patients (74%), but only 3 of 27 controls (11%) (Gerard HC, et al. FEMS Immunol Med Microbiol. 2006 Dec; 48(3): 355-66).

The investigators were able to culture Chlamydia from some of the brain tissue samples, indicating that the organisms were viable and metabolically active. Astrocytes, microglial cells, and neurons all ably served as hosts for C. pneumoniae, and infected cells were closely associated with neuritic senile plaques and neurofibrillary tangles.

If infections like HSV and Chlamydia play a role in Alzheimer’s disease, then strategies aimed at preventing and controlling these pathogens might prevent the dementia.

“When we see herpes cold sores on the lips or faces of our elderly patients, we need to ask what’s going on in their brains,” Dr. Perlmutter said. Though there are not yet any studies confirming that anti-herpes therapies—natural or pharmaceutical—can prevent or slow Alzheimer’s, there’s little harm in trying. Dr. Perlmutter believes antivirals and lysine supplementation should be used routinely.

HSV1 requires the amino acid, arginine, for replication. Viral replication is suppressed in microenvironments rich in lysine but poor in arginine (lysine competes with arginine). There are 7 double blind, placebo-controlled studies of lysine supplementation, at doses of 500-3,000 mg per day, for preventing herpes labialis outbreaks. Six studies found lysine to be effective. These studies are reviewed in a paper published last year by Dr. Robert Rubey (Rubey R. Neuropsychiatr Dis Treat. 2010; 6: 707–710).

Though there are not yet any intervention trials showing that lysine can reduce risk of Alzheimer’s, population studies suggest that diets high in lysine and low in arginine are associated with lower rates. Foods rich in lysine but low in arginine include whole grains, fruits, vegetables, cheese, yoghurt and fish. People at risk for Alzheimer’s (and herpes labialis for that matter) should increase their intake of these foods. On the other hand, tofu and other soy foods have relatively high arginine to lysine ratios, and should probably be avoided or minimized.

According to Dr. Perlmutter, lysine supplementation poses negligible risk but tremendous potential benefit for prevention or attenuation of Alzheimer’s. He added that Vitamin D also has a role. Among its myriad health benefits, Vitamin D activates cathelicidin, another endogenous antimicrobial peptide secreted by the brain in response to pathogens. Several population studies over the last 2 years have shown a connection between low serum vitamin D and increased risk of Alzheimer’s disease and other forms of cognitive impairment.