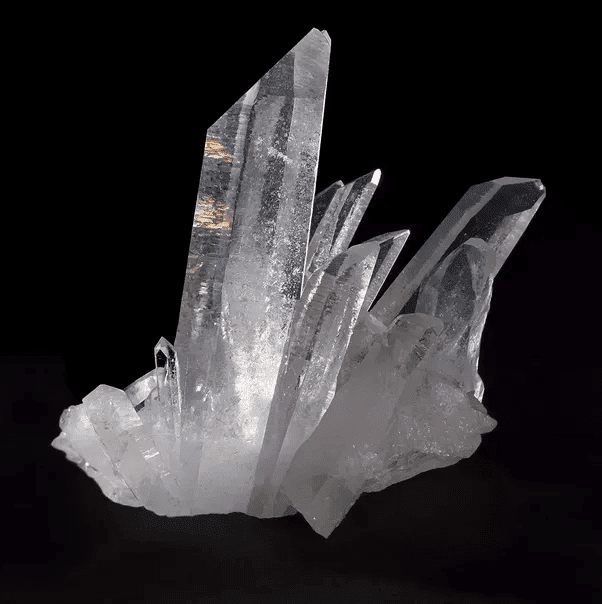 Silicon is the second most abundant element in the earth’s crust. Though it is not one of the fundamental building blocks of life like Carbon or Iron, it plays an essential role in our biology. In fact, we would not live very well–or very long–without it.

Silicon’s main life-promoting role is to protect us from aluminum, the third most common element in the earth’s crust.

As a neurotoxin, aluminum is no joke. A small amount, resulting in only 63 mcg/L in a person’s cerebrospinal fluid, will cause unconsciousness. Like many toxic metals, aluminum accumulates over the course of a lifetime. It is estimated that even after 50 years, 4% of any aluminum ingested today will still be present in the body.

On average, a lifetime of aluminum exposure will result in accumulation of 1 mcg per gram dry weight of brain tissue. That’s approximately 300 mcg of aluminum in an average 70-year-old human brain. Levels at two times that average can cause memory loss and Alzheimer’s disease (Exley, C and Vickers, T; J. Med. Case Rep.; (2014) 8:41).

It’s well known that aluminum is rough on the brain. It’s no friend to the cardiovascular system, either. Aluminum exposure increases homocysteine in the blood causing plaque to build up in the endothelium, resulting in atherosclerosis.

Fortunately, silica—a dissolved oxide of silicon- can provide a safe, readily available, and inexpensive means of protection from aluminum toxicity.

Silica can assume a variety of chemical compositions, an example of which is water-soluble orthosilicic acid (OSA).

Thirty years ago, researchers discovered that elderly rats fed OSA in their diet did not accumulate aluminum in their brains (Carlisle, EM, and Curran, MJ;  Alzheimer Dis. Assoc. Disord. (1987) 1(2):83-9). 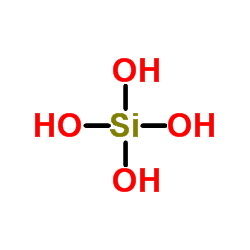 People are constantly exposed to aluminum from a variety of sources. It is found naturally in soil, and very minute quantities can be found in water, air, and many common foods. At naturally occurring levels, it won’t cause problems.

Occupational exposure is a major problem in some areas. People directly involved in production of aluminum have blood levels that are 10-fold higher than non-exposed workers (24 mcg/L versus 2.6 mcg/L). This was associated with increased frequency of high blood pressure, arrhythmias, and ischemic heart disease (Gaballa, IF, et al.; Egyptian J. Occup. Med. (2013) 37(1):33-46).

These cardiovascular changes are likely related to aluminum’s impact on homocysteine. By inhibiting the methylation of homocysteine to methionine, aluminum ions cause blood homocysteine levels to rise. Acute homocysteine elevations will increase blood pressure. When this becomes chronic, the net effect is endothelial damage and atherosclerosis.

The primary sources of OSA in our diets are the skins and husks of seeds, such as green beans, as well as products made with unprocessed plants, such as beer.

But most people will be deficient in OSA, because many common seed and grain-based foods we eat (oats, wheat, etc) have had the OSA-containing skins and husks removed during processing.

Few medical professionals recognize OSA deficits as a true nutrient deficiency, but the truth is, it can cause problems for many people—especially elders, pregnant women, and their young children.

As we age, the OSA level in our blood steadily declines. During pregnancy, it often drops to near zero, as maternal OSA is preferentially transported to the fetus to protect it from neurotoxicity of aluminum (Van Dyke, K; Biol. Trace Element Res.; (2000) 77:25-32).  Once a baby is born, this preferential shunting continues via the breast milk, in order to keep protecting the baby’s brain.

As detailed in my recent book, Prevent Alzheimer’s, Autism, and Stroke, there is ample evidence to suggest that OSA deficiency combined with high aluminum levels in either the mother or infant will increase the risk of autism in the child.

The good news is that, to some degree, this problem is preventable with daily silica supplementation. OSA is readily absorbed by the gut and crosses the blood brain barrier. It is 3 to 50 times more bioavailable in drinking water than other sources, such as food and colloidal silica supplements.

OSA is very safe. Toxicology studies indicate a “No Observed Adverse Effects Level” (NOAEL) at ingestion levels of 50,000 ppm. Silica in drinking water up to 100 ppm is Generally Regarded as Safe (GRAS).

Water departments are encouraged to add OSA to drinking water for corrosion protection. Unfortunately most drinking water in the US contains less than 5ppm of OSA. There are countries with high levels of naturally-occurring OSA in their water. These include Malaysia, Singapore, and Fiji.  Not surprisingly these countries have a much lower incidence of Alzheimer’s and autism than the US.

Bottled drinking water containing approximately 100 ppm of OSA is commercially available from both Malaysia and Fiji. But there are many ecological and economic problems with buying imported bottled water.

Fortunately, its easy to make a 100 ppm OSA water at home, using readily available and inexpensive sodium silicate powder and ordinary filtered tap water. In terms of silica content, it’s equivalent to Fiji water, but much more sustainable and much less expensive. I call it “Silicade.”

Dennis N. Crouse has a PhD in Chemistry from Harvard University. For many years he has been involved in developing and promoting analytical methods for detection of toxic chemicals in food and water. Dr. Crouse is also a science writer. His latest book “Prevent Alzheimer’s, Autism, and Stroke” is available from Amazon in paperback and Kindle formats.