Are Grains Destroying Our Brains? 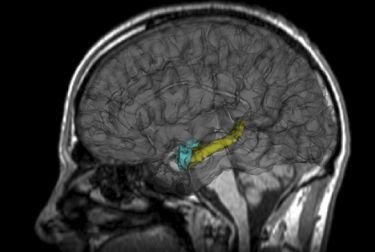 According to David Perlmutter, MD, we Americans are literally beating our collective brains out with the “Staff of Life.”

Dr. Perlmutter, a leader in the emerging field of functional neurology, contends that our grain-heavy diets are a major etiologic factor in Alzheimer’s disease and other forms of dementia—diseases that mainstream medicine view as an inevitable consequence of genetics and age.

At conferences across the nation, and in his soon to be published new book, Grain Brain, Perlmutter makes the case that most forms of dementia are a consequence of the hyperglycemia, insulin resistance and chronic inflammation set off by excessive consumption of grain-based foods.

And in his view, almost any grain-based food is “excessive.”

“Basically, I am calling what’s arguably our most beloved dietary staple a terrorist group that bullies our most precious organ, the brain,” writes Dr. Perlmutter in the introduction to Grain Brain, due out in mid-September.

It’s a controversial, though well-argued opinion that will no doubt garner a lot of attention among fans of Dr. Oz, Oprah, and other consumer health media figures. Given the robust growth of the gluten-free movement—in early August, the FDA responded to the surge by issuing an official definition of “gluten free” and began setting standards for GF labeling—Grain Brain is likely to strike a responsive chord with a lot of people.

Though the book goes into considerable detail, its core message is simple: brain diseases are largely preventable, and people can greatly minimize their risk by eliminating—or at least greatly minimizing—carbohydrate intake.

If that sounds far-fetched, consider the following:

• Impaired glucose tolerance (IGT) during the 6th decade of life doubles the risk of developing Alzheimer’s later on.

• In the same study, several patients with advanced cognitive decline who went gluten-free showed significant improvements in function, suggesting that the condition is, indeed, reversible.

Why Are Grains Bad?

Over a lifetime, grain-heavy diets throw three hard punches to the brain: 1) they elevate blood sugar leading to insulin resistance and increased protein glycation; 2) they flood the body with gluten and other potential allergens; and 3) they fuel mitochondrial dysfunction within neurons, leading to neurodegeneration.

Even whole grains are bad news from a brain perspective, says Dr. Perlmutter, who practices in Naples, FL. To be sure they contain more fiber, which slows the release of sugars. But they’re still carb-loaded time bombs, and most whole grains—including rye, barley, spelt, kamut, and bulgur—are packed with gluten and other potentially allergenic proteins.

He holds that many types of fruit are also detrimental to brain function. Though they don’t contain gluten, most fruits have very high glycemic indices, and cause surges in blood sugar. Berries are the exception. Sweetened drinks are essentially poisons from a CNS perspective.

The American food pyramid should be up-ended, Dr. Perlmutter says. Rather than having grains and high-glycemic produce at the base, these foods should be consumed in very small amounts—if at all. The base should be vegetables, high-quality proteins and healthy fats. A high-fat diet is far healthier for the brain than a high-carb diet.

Not Your Great-Grandma’s Grains

The average American consumes 133 pounds of wheat-derived foods each year. Not only are we eating vastly more grain than our great-grandparents did, we’re eating vastly different grains. Through selective breeding, genetic modification and modern agricultural practices, today’s wheat contains up to 40 times the gluten as grains cultivated just several decades ago. The grains that Americans now consume share “almost no genetic structural or chemical likeness to what hunter-gatherers might have stumbled upon.”

We are challenging our physiology—which has changed very little since the Ice Age–with ingredients for which we are not genetically prepared, says Dr. Perlmutter. Essentially, he’s in alignment with advocates of the high-fat, high-protein, low-carb “Paleo” diet.

While it is true that our hominid ancestors did occasionally eat carb-rich foods, access to them was rare, seasonal, and limited. Even in the first millennia of the agricultural age, carb consumption was far lower than it is now. To quote Dr. Robert Lustig, author of the popular book, Fat Chance, “Nature made sugar hard to get; man made it easy.” 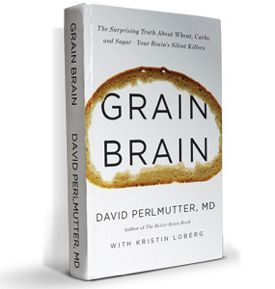 Dr. Perlmutter views cognitive dysfunction as “Type-3 Diabetes,” a predictable CNS manifestation of the same disease processes that show up as symptoms of diabetes in other organ systems. If diabetes is reversible via lifestyle change, so is dementia.

Insulin resistance is at the heart of the process.

“If you’re insulin resistant, you have a marked increased risk of cognitive impairment despite normal blood sugar,” he said at this year’s annual conference of the Institute for Functional Medicine. “Normal non-diabetic people who have abnormal glucose tolerance tests have higher risk of both non-vascular and vascular dementia.”

In the brain, chronic insulin resistance promotes formation of amyloid plaques—a hallmark of Alzheimer’s disease—and impairs the ability to break them down. But beta-amyloid really becomes problematic when it is glycated, and glycation is directly correlated with blood sugar levels.

Hyperglycemia and insulin resistance actually cause structural changes to key brain regions, as was demonstrated in 2 recent studies which Dr. Perlmutter reviewed at the 2013 Integrative Healthcare Symposium.

Australian researchers studied 266 cognitively normal adults and found that those with chronically elevated fasting plasma glucose had marked hippocampal atrophy after 4 years. “The hippocampus is the neural triage area—the bigger the hippocampus, the better the cognitive function,” explained Dr. Perlmutter.

In the Australian trial, called the Personality and Total Health (PATH) study, the difference in hippocampal size between those with the highest versus lowest blood sugars was as great as 10% (Cherbuin N, et al. Neurology. 2012; 79: 1019-1026).

“Even at average glucose levels of 81-90 mg/dl, there were changes in hippocampal size associated with cognitive changes,” Dr. Perlmutter noted.

The InCHIANTI study, involving 523 people aged 70-90 years, showed that risk of cognitive impairment correlated strongly with insulin resistance (Geroldi C, et al. Arch Neurol. 2005; 62(7): 1067-72). This finding is even more significant given that subjects had blood sugars within normal ranges. The authors of InCHIANTI, suggest that, “Insulin resistance might contribute to cognitive impairment through a vascular mechanism.”

Some of the most impressive data come from the massive Rotterdam study—an ongoing survey of age-associated diseases in nearly 11,000 Rotterdam residents. The investigators found that people with IGT in their mid-50s had double the risk of developing Alzheimer’s later in life.

At IHS, Dr. Perlmutter noted that there is a significant correlation between hemoglobin A1c and loss of brain volume. “You lose 0.250% annually even at a HbA1c of 5. In the range of 5.9 to 9.0, you’re losing 0.5% of your brain volume every year.”

He added that the APOe4 allele, widely recognized as a predictive factor for Alzheimer’s, is not as dramatic a risk factor as A1C changes in terms of brain volume change.

Gluten is an addictive substance. Researchers have known this since the late 1970s.

It is digested into polypeptides that cross the blood-brain barrier and bind to morphine receptors, causing a pleasurable buzz. These compounds were named “exorphins” by Christine Zioudrou, the NIH researcher who discovered them. Neuroscientists quickly realized they could block the exorphin effect with opiate-blockers like naloxone and naltrexone.

The exorphin buzz is a big reason why people love carbs, and the food industry has been happy to supply an endless deluge of gluten-saturated fare.

According to Dr. Perlmutter, gluten is this generation’s tobacco— addictive, widely prevalent, previously deemed harmless, and protected by massive industries. Just as rampant tobacco use once fueled an epidemic of CVD, so the nation’s addiction to gluten is precipitating a deluge of cognitive dysfunction.

Gluten is actually a complex of proteins, primarily glutenins and gliadins. There are 12 subunits within gliadin, any one of which can trigger inflammation. Anti-gliadin antibodies bind to specific brain proteins that look like gliadins in gluten-containing foods. The result is an inflammatory cascade within the CNS that set the stage not only for Alzheimer’s but also Parkinson’s, MS, and autism.

Gluten can cause CNS problems even in the absence of GI symptoms. Marios Hadjivassiliou, MD, a British neurologist, articulated this more than 10 years ago.

“It has taken nearly 2,000 years to appreciate that a common dietary protein introduced to the human diet relatively late in evolutionary terms, can produce human disease not only of the gut but also of the skin and the nervous system. The protean neurological manifestations of gluten sensitivity can occur without gut involvement and neurologists must therefore become familiar with the common neurological presentations.” (Hadjivassiliou M. J Neurol Neurosurg Psychiatry. 2002; 72(5): 560-3)

One of the main culprits in the development of cognitive problems is glycation. Not only does it increase free radical production, it also causes structural distortions in proteins that can ultimately lead to functional abnormalities.

“The brain is tremendously vulnerable to the glycating ravages of glucose, and this is made worse when powerful antigens like gluten accelerate the damage,” writes Dr. Perlmutter 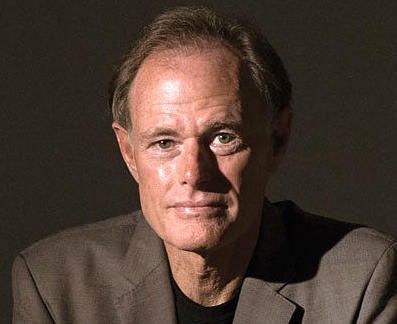 Formation of advanced glycation end-products (AGEs) correlates directly with blood sugar levels: the higher the glucose, the more AGEs. Two years ago, Yaffe and colleagues at the University of California, San Francisco showed that high peripheral AGE levels correlate with cognitive decline in older adults. This was true for those with and without diabetes (Yaffe K, et al. Neurology. 2011; 77(14): 1351-6).

Dr. Perlmutter strongly recommends measuring AGEs, though he emphasized that they are more than markers of excess blood sugar. In and of themselves, they induce inflammatory cytokines, increase oxidative stress, and mitochondrial dysfunction. This ultimately results in a dangerous feed-forward cycle: mitochondrial failure leads to further insulin resistance and hyperglycemia, which in turn increases glycation.

One reason many people have trouble accepting the connection between insulin-resistance, inflammation and neurodegenerative disease is that the brain has no pain receptors. It is impossible to sense brain inflammation as one would inflammation of the joints, the skin, or the vessels of the heart. By the time symptoms appear, CNS inflammation has been simmering for years, if not decades.

In people already developing early signs of Alzheimer’s, the need to focus on AGEs is even more pressing. “Amyloid is a protein. It can be oxidized or non-oxidized. AGE-modulated beta-amyoid becomes more dangerous. We have to stop glycating our proteins,” Dr. Perlmutter says.

The good news is that production of AGEs is largely modifiable through diet and lifestyle changes. “We can control the glycation of our proteins, our levels of insulin resistance and oxidative stress through what we choose to eat.” The key, he said, is to minimize high-glycemic foods—especially those from grains—and lowering one’s overall glycemic load as much as possible.

Dr. Perlmutter will be a keynote speaker at HPC’s 2013 Heal Thy Practice conference. He will outline a comprehensive clinical strategy for helping patients reduce their risk of cognitive disorders, and share practice development tips he’s learned in the course of creating his own successful functional medicine practice.