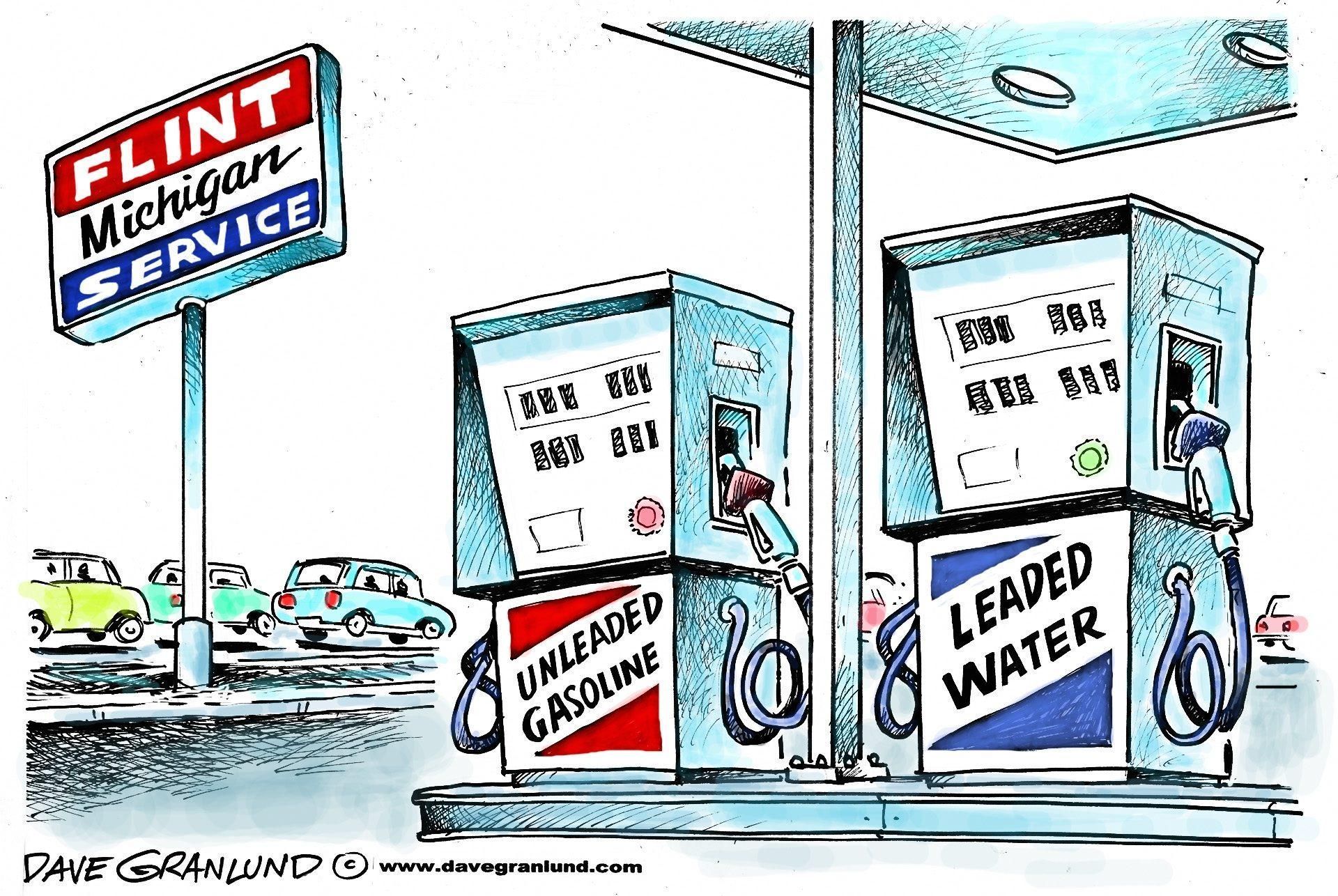 The toxic drinking water crisis in Flint, Michigan, recently put the danger of lead contamination in the national spotlight.

As many as 8,000 children in Flint were exposed to the toxic metal after the city of Flint switched water sources, and failed to use corrosion control protocols designed to prevent lead from leaching out of aging pipes.

While the situation in Flint was arguably the most dramatic and egregious example of careless and negligent environmental policy, it is by no means the only one. Not by a long shot.

In 2016, The New York Times, USA Today, and Time all published investigations revealing that unsafe levels of lead in drinking water are now commonly observed across the country, especially in poor communities.

Since 2012, almost 2,000 water systems tested across 50 states were found to contain levels of lead well above the EPA’s “action level” of 15 parts per billion (ppb).

Some of the highest levels of lead were found in schools and daycare centers. Despite broad recognition of lead’s toxicity—especially to young children–and identification of its modes of entry into drinking water sources, over 4 million children are now at risk of lead poisoning from municipal water supplies (Bennett K, et al. Contemporary Pediatrics. 2015).

Lead and other heavy metals (such as mercury, arsenic, and cadmium) can be excreted in urine and feces, but 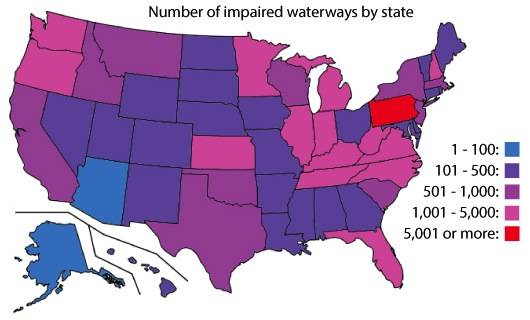 they cannot be metabolized or eliminated efficiently by the body. Therefore, they accumulate in soft tissues and bones, disrupting normal physiological functions and impairing cardiovascular, immune, gastrointestinal, endocrine, urinary, and nervous systems.

Lead poses a health threat to all. There is no accepted “safe level” of lead exposure, and it is very important for clinicians to keep a keen eye out for lead toxicity, especially those who practice near communities where water supplies may be compromised.

The clinical signs of acute lead poisoning are nonspecific; therefore a venous blood lead measurement is essential for a definitive diagnosis. But keep in mind that in response to chronic lead exposure, lead sequestration in the bones can give a misleadingly low blood level.

A urine challenge test with an appropriate chelating agent can provide a more accurate assessment of body burden. Lead exposure is most dangerous to children and pregnant women, since it affects neurological development. Understandably, much of the coverage of the Flint crisis was focused on the massive impact it has had on the city’s children. But adults are also highly vulnerable.

In adults, lead exposure contributes to cardiovascular and kidney disease as well as cognitive decline. In both children and adults, symptoms depend on the extent of exposure and may develop over a period of weeks or months.

Lead induced hypertension is directly related to free radical production and lowering of anti-oxidant reserves, both of which cause vasoconstriction. 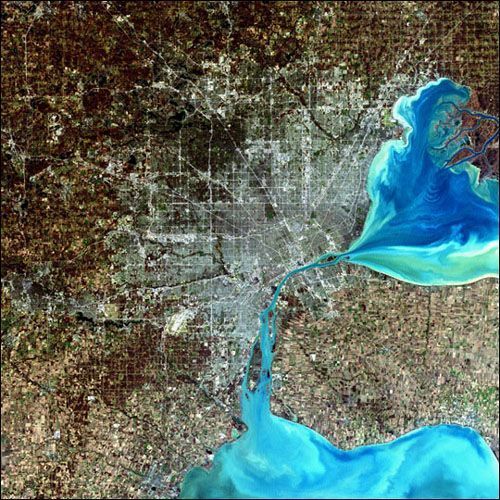 A key biomarker of lead exposure is the blockade of the enzyme ALAD (delta-aminolevulinic acid dehydratase). When ALAD is blocked, its substrate ALA (aminolevulinic acid) builds up, and causes the reduction of GABA (gamma-aminobutyric acid) in the central nervous system.

Lead also inhibits the formation of vitamin D, which plays a key role in calcium metabolism. Thus, calcium homeostasis is significantly altered by lead. This interferes with calcium-dependent signal transduction processes and may alter the most basic nervous system functions.

In short, lead is highly detrimental to human physiology, and the rise of lead contamination of public water supplies should be a cause for outrage among concerned clinicians.

Glyphosate, the major herbicide used in today’s agriculture, poses heightened risk, since it is a potent hormone disruptor with the potential for a wide range of detrimental physiological effects. Glyphosate-based herbicides also contaminate drinking water via runoff with a soil half-life much longer than previously recognized.

Glyphosate has been deemed “minimally toxic” by the food industry since the 1970s. More recently, it was authoritatively classified as a probable carcinogen by the World Health Organization (Guyton et al. Lancet Oncol. 2015; 16:490-491).

This compound is known to provoke oxidative disruption of mitochondrial metabolism. It impairs serum sulfate transport, disrupts endocrine signaling, binds to essential micronutrients, and may interfere with neurotransmission due to its similarity to certain neurotransmitters.

The inhibition of cytochrome P450 (CYP) enzymes by glyphosate is an overlooked key to its toxicity. By disrupting the natural detoxification of foreign substances via CYP-mediated pathways, it enhances the damaging effects of other toxins in food and the environment.

Glyphosate-based herbicides are so prevalent in the Western diet that a Statement of Concern was recently issued by an international group of scientists and physicians (Myers et al. Environmental Health 2016; 15: 19).

This is a world-wide problem; testing of Europeans found glyphosate in the urine of 44% of people tested from 18 countries (Friends of the Earth, June 2013).

The combined chemical load presented by food and water is daunting to consider. Living a chemical-free life is practically impossible. The additive effects of multiple exposures have not been well studied, but they are cause for added urgency.

Addressing this key contributor to chronic health conditions in our patient population is an ongoing challenge and one that requires innovative and practical solutions. In our practices, we need to go beyond classical medical management of lead poisoning, which is done via intravenous chelation therapy,

In children, chelation treatment is recommended only for those having blood levels greater than 45 ug/dL (Kim et al. Ann Occupat Enviro Med. 2015; 27:30).

We have to ask why, if any level of lead is toxic, we are not advised to children with lower values? In my opinion, this is because there are no safe pharmaceuticals for the pediatric population. And for adults, chelating agents can have significant side effects.

As integrative practitioners, we have a unique role to play in addressing the reality of chronic ongoing low -level exposures.

The first and most basic strategy for dealing with exposure to toxins is to remove the source, or the exposed individual from the source, to the greatest extent possible. For lead, this may mean testing drinking water regularly, replacing pipes, installation of in-home filtration systems, and using bottled water when someone knows they will be in areas or facilities with contaminated water supplies.

For other heavy metals and pesticides proactive solutions include a careful assessment of dietary contributors such as arsenic in chicken, rice and rice products, and mercury contamination in fish.

Glyphosate can, to a large extent, be avoided by an organic diet that strictly excludes GMO foods, since the vast majority of GM crops entering our food supply are specifically modified to withstand massive applications of glyphosate (the so-called “Roundup Ready” crops). Organic sources of poultry, meats, dairy products, oils and fruits and vegetables should be encouraged.

Unfortunately “organic” does not guarantee freedom from heavy metal contamination,, so buying from local organic farmers, and growing ones own vegetables should be encouraged.

We can support the body’s complex network of detoxification mechanisms and pathways with vitamins, minerals, and natural compounds in food. Microbiome support is also important, as many metabolic products of gut microbes provide essential cofactors for the detox pathways.

Detoxification formulas containing botanical extracts, particularly Ginkgo biloba, are useful in prevention of glyphosate toxicity, and other botanicals such as milk thistle, artichoke, dandelion and burdock root, can provide support for PhaseI/Phase II pathways. Mineral and vitamin cofactors including folic acid, B12, B6, magnesium, selenium and zinc, provide essential support.

Modified Citrus Pectin (MCP) binds to toxins to aid in their elimination. Often used in combination with alginates, 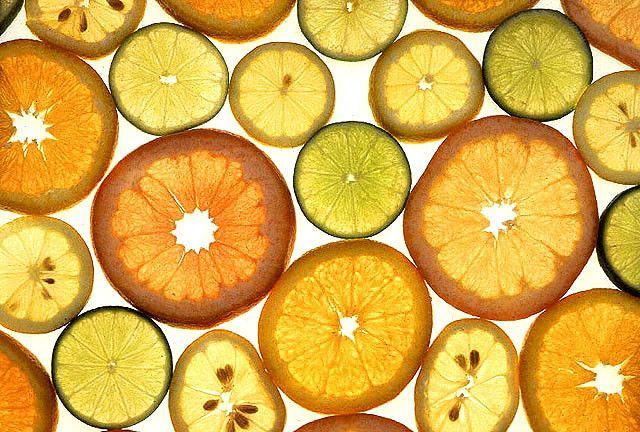 MCP is a safe, natural, selective chelator of heavy metals, and has been shown to decrease blood serum levels of lead, as well as increase urinary excretion of lead, cadmium, mercury and arsenic.

The take-home message is clear. There are thousands of toxic chemicals now found in our environment, with the potential to accumulate in our bodies via food, air and water. The days of recommending a periodic “cleanse” for our patients are over. They need lifelong strategies. In addition to our supervised intensive detoxification protocols, daily mild detox should be an important part of our recommendations for any condition, as well as for our healthy patients who need preventive recommendations.

Isaac Eliaz, MD, is an integrative medical doctor, licensed acupuncturist, researcher, product formulator and frequent lecturer. He has been a pioneer in holistic medicine since the early 1980s, and has published numerous peer-reviewed research papers. He is founder and medical director of the Amitabha Medical Clinic in Santa Rosa, CA, an integrative center specializing in cancer, Lyme disease, and other chronic conditions. He is also the founder & chief formulator of Clinical Synergy, a company providing targeted, research based, physician-formulated nutraceuticals.