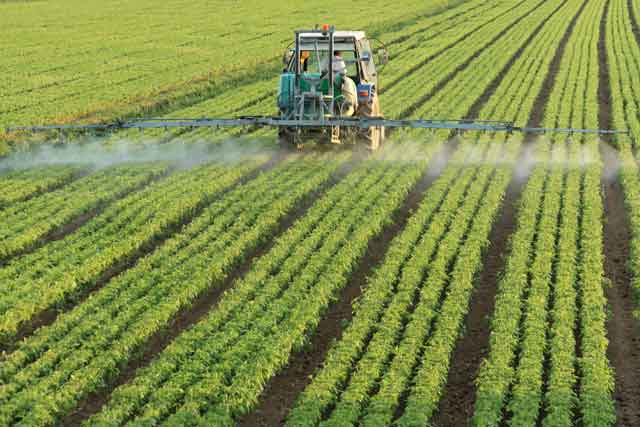 Microbiologists in New Zealand have discovered yet another reason to be concerned about the herbicide glyphosate: It can induce antibiotic resistance in common human pathogens, including Salmonella and Escherichia coli.

Two other common herbicides–dicamba and 2,4-D—are also able to induce antibiotic resistance, and they do so at concentrations typically used for agricultural or residential weed control.

“Bacteria respond to exposure to the herbicides by changing how susceptible they are to antibiotics used in human and animal medicine,” says Jack Heinemann, a molecular biologist and geneticist at the University of Canterbury, Christchurch, New Zealand.

Though herbicides were developed primarily to kill plants, their effects are not necessarily limited to the plant kingdom. They potentially impact many other non-target organisms, often at sub-lethal though no less biologically significant levels.

Heinemann, who has served on the United Nation’s Convention on Biodiversity, has been at the forefront of research on the impact of common herbicides on bacteria.

These effects, he says, are seldom considered by regulators or by the medical community. Herbicides are routinely tested for overt toxicity, but rarely for sublethal effects on microbes or other organisms.

The concentrations were quantified in “parts per million acid equivalents” comparable to the exposure levels that would typically occur with as-directed agricultural or residential use of these products.

They then measured bacterial responses to a range of different antibiotics that were infused into the growth media: 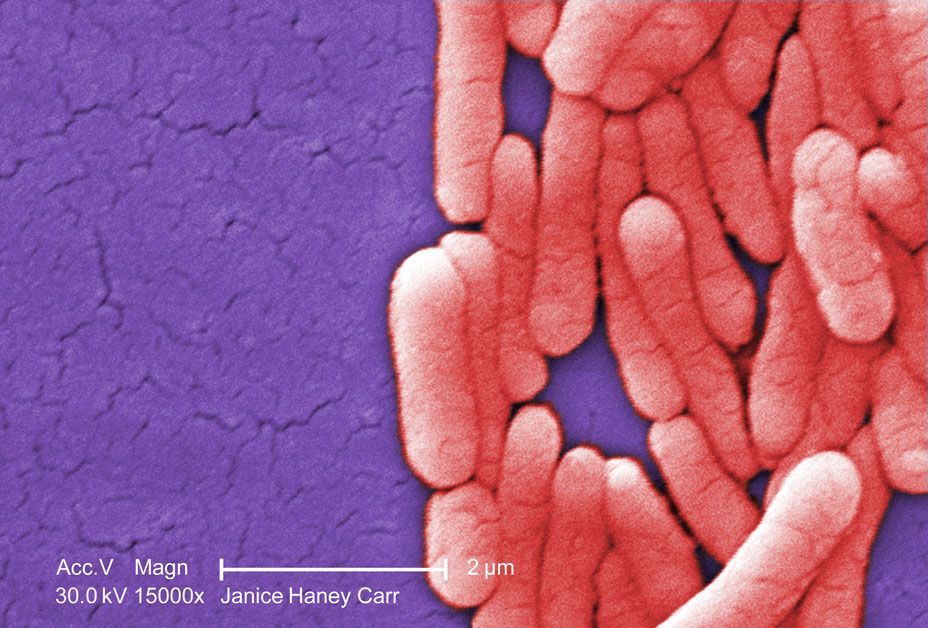 ampicillin, chloramphenicol, ciprofloxacin, kanamycin, and tetracycline. Bacterial viability was measured in terms of “efficiency of plating (EOP),” which is the ratio of growth on the herbicide-infused medium over the growth of the same culture on herbicide-free medium. A high EOP indicates increased antibiotic resistance.

Though there were a number of variations, the investigators found that in most cases, the exposure to herbicides increased bacterial survival—evidenced by higher EOPs—at higher concentrations of antibiotics.

For the most part, herbicide exposure induced a 1.3-fold to 3.5-fold increase in the amount of antibiotic needed to inhibit colony formation. In some cases, the changes were even larger.

Herbicide exposure did not always induce bacterial resistance; the authors point out that for some combinations of herbicides and antibiotics, they observed no change, or a decrease in bacterial survival. For example, 2,4-D decreased the EOP for kanamycin, though the same herbicide increased EOP for chloramphenicol.

To determine whether it was the “active” herbicides that induced antibiotic resistance or other “inert” compounds in the formulas, the New Zealand team also tested various solvents, wetting agents, and surfactants used in the commercial products.

It turns out that some of these “inert” ingredients, may not be so inert when it comes to their effects on bacteria.

Two of the tested co-formulants–Tween80 (a surfactant emulsifier also known as polysorbate 80) and carboxymethyl cellulose (a viscosity modifier)–induced significant changes in antibiotic response. However, the pattern of the responses differed from the active ingredients, and effect sizes were smaller.

The commercial wetting agent they tested did not affect antibiotic responses.

If, as many environmental experts believe, the regulatory oversight on herbicidal compounds is spotty, it is practically non-existent for many of the inert co-formulants.

In their report, Kurenbach and colleagues note that, “Toxicity data for these co-formulants are not usually required by regulators, and residues of co-formulants left by herbicides are not monitored. The concentrations of Tween80 and CMC at which change to antibiotic response was observed were within levels permitted in food.”

This new study confirms observations Heinemann’s group published in 2015. They showed that exposure to dicamba, 2,4-D, 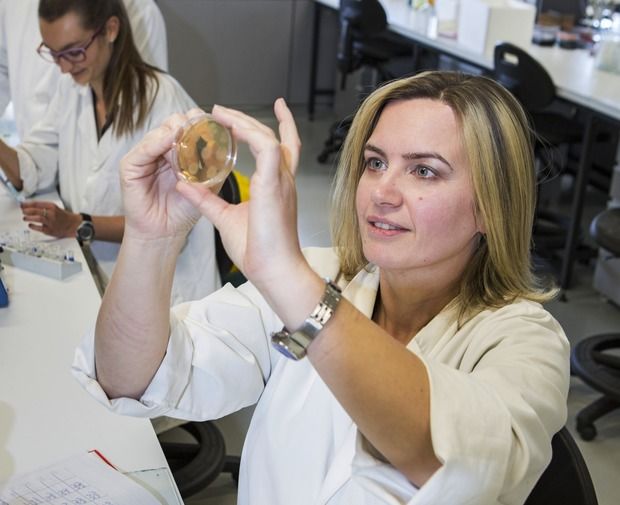 and glyphosate (Roundup) at concentrations above allowable food residue levels but well within range of common household or agricultural use, could induce up to a 6-fold increase in the amount of antibiotic needed to kill E. coli and S. enterica (Kurenbach B, et al. mBio. 2015).

Is this a real medical concern?

Heinemann and colleagues believe it is: “The magnitude of the induced response may undermine antibiotic therapy and substantially increase the probability of spontaneous mutation to higher levels of resistance,” he remarked in a press release announcing the findings.

Given how widely these herbicides are used, the fact that herbicides can play a role in inducing resistance needs to be taken seriously. In agricultural regions, herbicides and antibiotics are both used in massive quantities. Combined, they could be raising the levels of antibiotic resistance among pathogens that infect farm animals, important insects such as honeybees, and humans.

“Increasingly common chemicals used in agriculture, domestic gardens, and public places can induce a multiple-antibiotic resistance phenotype in potential pathogens. The effect occurs upon simultaneous exposure to antibiotics and is faster than the lethal effect of antibiotics,” the authors note.

Heinemann’s team postulates that herbicides can induce microbial adaptive responses via multiple mechanisms that alter gene expression. They have done extensive phenotype and transcription assays to detect genes that respond to herbicide exposure. The most prominent candidates to explain the observed increase in antibiotic resistance are set of genes that regulate efflux pumps in bacterial cells.

“Our survey has not been exhaustive, but points at a complex response by bacteria exposed to herbicides and provides the basis for further work identifying herbicide-responsive gene networks in bacteria,” they write.

It is a well-known fact that antibiotic overuse drives microbial resistance. Governments, agribusinesses, and medical organizations are actively trying to curtail the problem, at least on paper. Dr. Heinemann’s team is calling attention to less obvious but very important factors, like herbicides.

“Antibiotic resistance is influenced by more factors than just exposure of bacteria to antibiotics. These other factors include manufactured products released into the environment. We demonstrated that the pure forms of dicamba, 2,4-D, and glyphosate, as well as common surfactants, can change the susceptibility of bacteria to a diverse range of antibiotics upon concurrent exposure. The inducing concentrations were well within the working concentrations of herbicides to which people, pets and farm animals may be exposed.”

We ignore signals like this at our own peril.