William Sorrell, Attorney General for Vermont—the only state to have implemented mandatory GMO labeling—has vowed to “take an active role” in fighting a new federal GMO labeling law that preempts prior state rules and that, critics say, obscures rather than clarifies consumer communication.

Separately, the Center for Food Safety, a consumer advocacy group, plans to challenge the constitutionality of the new federal law, which President Obama signed on July 29. 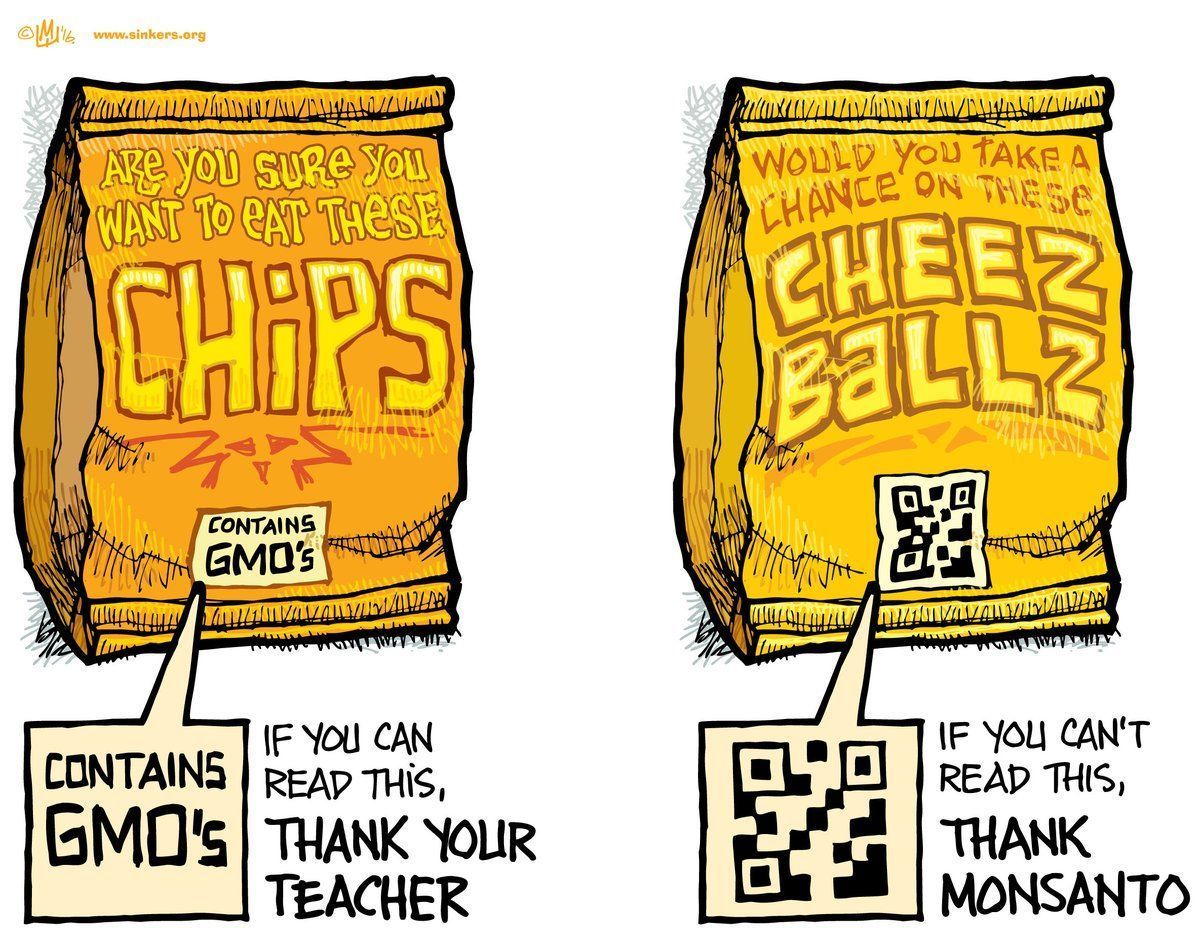 The bill, S. 764, amends the Agricultural Marketing Act of 1946, and requires the Secretary of Agriculture “to establish a national disclosure standard for bioengineered foods.”

The new law skirts the term “GMO” but defines “bioengineered” foods as “any food that contains genetic material that has been modified through in vitro recombinant deoxyribonucleic acid (DNA) techniques; and for which the modification could not otherwise be obtained through conventional breeding or found in nature.”

Under the new ruling, the US Department of Agriculture has two years to develop and implement a nationwide “labeling” program that would permit interested consumers to find out if packaged foods contain officially-defined GM ingredients by using their smartphones to scan QR (“Quick Response”) codes linked to company websites.

Unlike Vermont’s statewide mandate, and the labeling laws in other nations, the new law does not require makers of foods containing GMOs to actually state this on food labels.

Consumers seeking this information must first have access to smartphones and be familiar with using QR codes or “SmartLabels” —a situation many critics view as inherently discriminatory against millions of poor people or others who do not use smartphones.

The law is the latest iteration of legislation that has been bouncing around Congress for years. According to White House spokeswoman Katie Hill, “This measure will provide new opportunities for consumers to have access to information about their food.”

In a statement to Bloomberg news, Hill upheld the longstanding federal position that GM ingredients pose no health threats. “While there is broad consensus that foods from genetically engineered crops are safe, we appreciate the bipartisan effort to address consumers’ interest in knowing more about their food.” 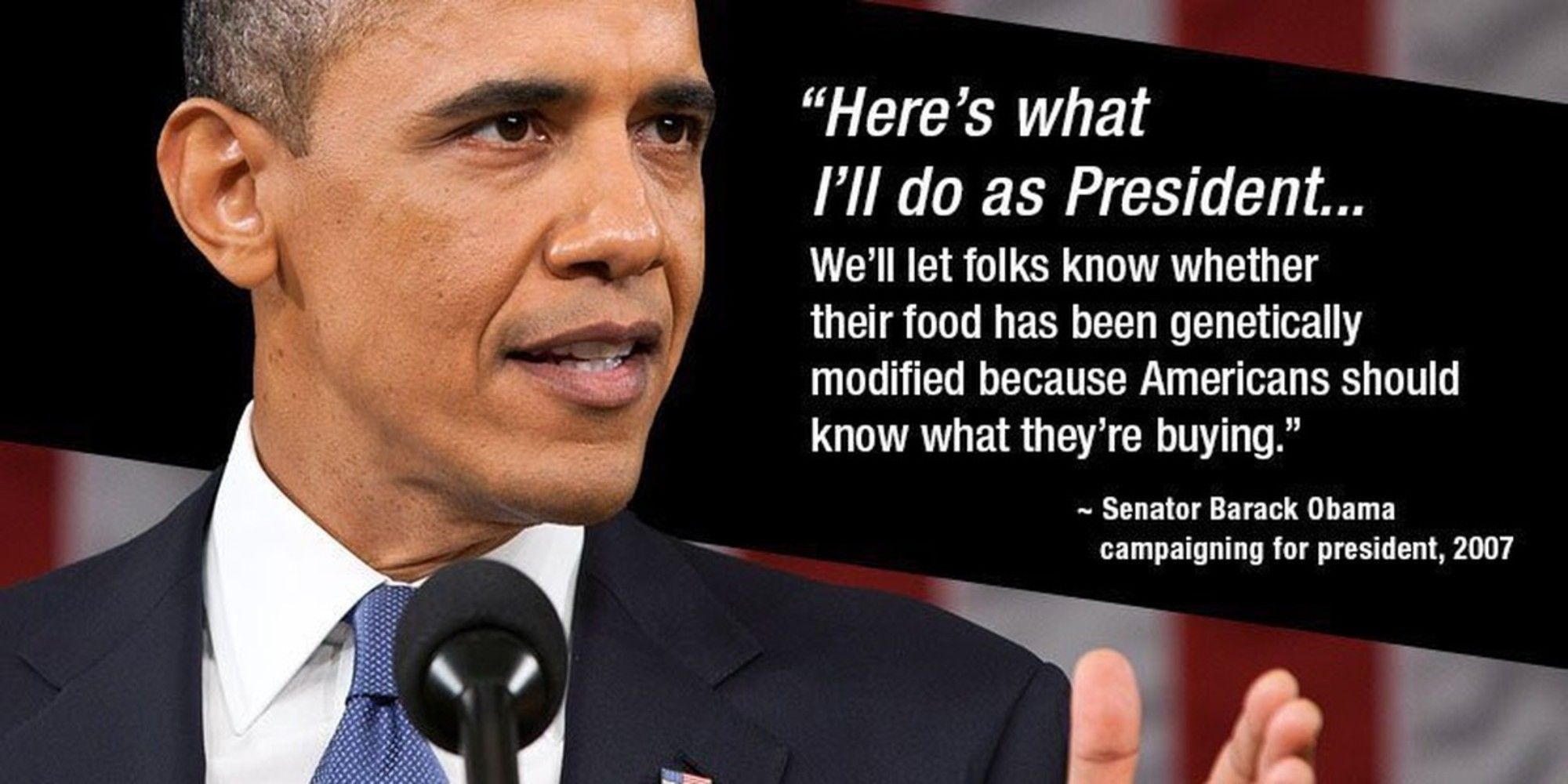 promise to “let folks know whether their food has been genetically modified because Americans should know what they are buying.”

Critics say the new law does anything but address consumers’ interests. Despite its language about a “disclosure standard,” the rule permits manufacturers to keep GMO information well-hidden behind a tech-barrier.

Further, the act does not define any penalties for companies that choose to simply ignore the QR code mandate. In short, it’s a toothless and misleading regulation that many labeling advocates call the “DARK” (“Deny Americans the Right to Know”) Act.

Champions of the law, including Sen. Debbie Stabenow (D-Mich), and Senate Agriculture Chairman, Pat Roberts (R-Kan), promoted it as a reasonable compromise between consumers who want GMO information, and the food, agriculture and biotech industries that do not believe GMO products carry any risk and that wish to avoid stigmatization that GMO labeling might foster.

Both Stabenow and Roberts have received campaign funding from agriculture and chemical companies including Dow, DuPont, and Koch Industries. Sen. Roberts is on record stating that language in the new bill was intended to protect biotech products from denigration. “We saved agricultural biotechnology,” he says.

According to food industry sources, between 75% and 80% of all commercially produced comestibles contain GM ingredients. Nearly all corn- and soy-derived ingredients are from GM plants. But most consumers do not know that.

In recent years, GMO labeling advocates in Colorado, Oregon, Maine, Connecticut and California, tried to follow Vermont’s lead and establish their own labeling laws. The initiatives passed in Maine and Connecticut, but were not yet implemented. In the other states, labeling rules were narrowly defeated.

Industry groups, including the Grocery Manufacturers Organization, and companies like Monsanto, DuPont, General Mills, Dow, PepsiCo, and Coca-Cola strongly opposed these initiatives and spent tens of millions to defeat them.

While it is doubtful that Big Food and Big Ag welcomed a new fed rule, they made it clear they prefer to operate under one unified system rather than myriad state-level rules that might differ significantly in their definitions of GMOs, and their requirements for disclosure.

The new law specifically states that it supersedes all state regulations:

“No State or a political subdivision of a State may directly or indirectly establish under any authority or continue in effect as to any food or seed in interstate commerce any requirement relating to the labeling of whether a food (including food served in a restaurant or similar establishment) or seed is genetically engineered (which shall include such other similar terms as determined by the Secretary of Agriculture) or was developed or produced using genetic engineering, including any requirement for claims that a food or seed is or contains an ingredient that was developed or produced using genetic engineering.”

On Aug 2, just one month after the Vermont mandate took effect, the Attorney General’s office announced that, in 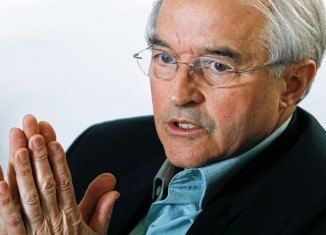 compliance with the federal law, it would no longer enforce the statewide mandate.

But in a statement published on MediaPost’s “Marketing Daily” website, AG Sorrell stated that he, “intends to take an active role as the labeling fight shifts from the legislative process in Congress to the regulatory process at the USDA,” and to “work hard to give consumers the same access to information, in plain English, that they had under Vermont’s law.”

Sorrell added, “It is unfortunate that corporate interests were ultimately able to water down Vermont’s clear disclosure standard through the passage of this federal law.” The Vermont AG says he had no plans to mount any legal challenge to the federal law. But the Center for Food Safety intends to do exactly that.

Executive Director, Andrew Kimbrell, said his group “will be filing a federal lawsuit…asking a court to declare the law unconstitutional on a number of grounds and to restore our democratically decided upon labeling laws.”

In a public message to members, Kimbrell called the new law, “a legislative train wreck.”

At press time, CFS had not yet outlined the specifics of its constitutional challenge, but it is not likely to be an idle threat: in the past, this group has won several legal victories against biotech and industrial agriculture, including a 2010 case that put a halt on the planting of Monsanto’s GM sugar beets in the US.

“CFS has no intention of letting this anti-democratic, discriminatory, fake labeling bill stand,” writes Kimbrell. “The idea that consumers would have to call or use their phones on each and every product they buy is absurd. And since more than 100 million Americans, mostly the rural elderly and low income, do not even own smartphones, they will not even have access to the digital labeling the law promotes. What’s worse, the law’s narrow definition would exclude many, and perhaps most, current foods containing GE ingredients.”

Given the ubiquity of GM ingredients in our food streams, consumers who want to avoid them should assume that store-bought food items contain GM ingredients unless labeled otherwise.

Maggie Westgate, Executive Director of the Non-GMO Project—the nation’s strongest and most vigorous voluntary GMO-free labeling program—says the new law only underscores the need for a meaningful non-GMO standard. It’s something her group is working hard to establish.

Participation in the project is voluntary, and products that carry the group’s Monarch butterfly seal have undergone a battery of tests including DNA analysis to ensure they do not contain any GM ingredients.

In a recent blog post, Westgate said, “We see this law as the end of meaningful mandatory labeling in the United 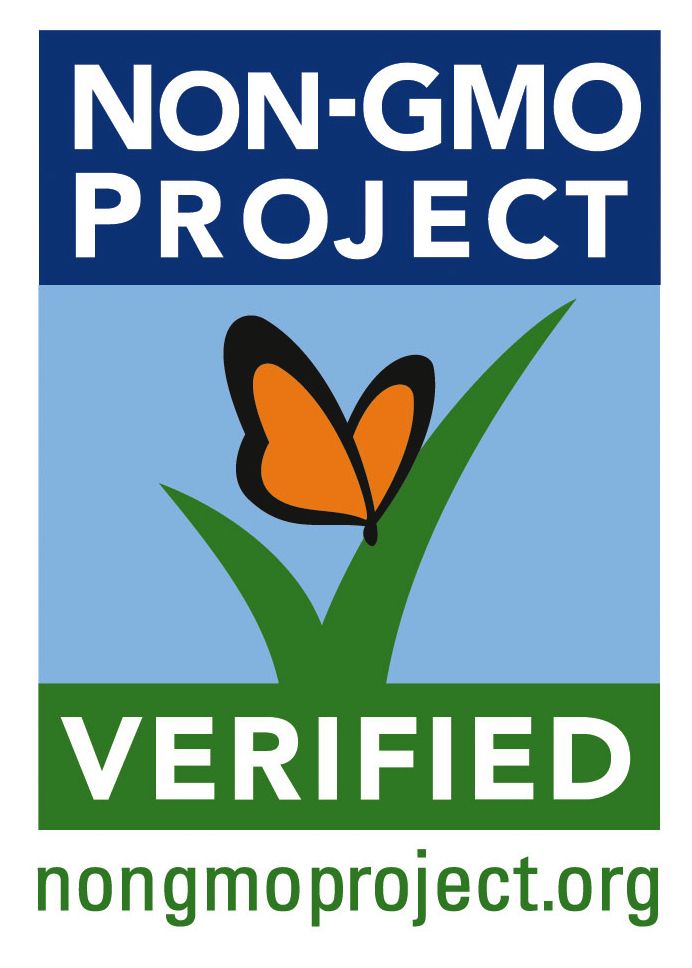 States, a significant historical development that reinforces the critical value of the Non-GMO Project’s market-based strategy and reason for existence. As a non-profit, our mission is to preserve and build sources of non-GMO products, educate shoppers, and provide verified non-GMO choices.”

Jeffrey Smith, director of the Institute for Responsible Technology, and one of the nation’s most outspoken critics of GM-based agriculture, believes the federal fight over GMO labeling is beside the point.

“Labeling GMOs was never the end goal for us. It was a tactic. Labels make it easier for shoppers to make healthier non-GMO choices. When enough people avoid GMOs, food companies rush to eliminate them. Labeling can speed up that tipping point—but only if consumers are motivated to use labels to avoid GMOs.

Therefore, if mandatory labels had been put into place, we would still be required to educate and motivate consumers.”

While the new regulation may signal that agribusiness has won a major battle in Congress, Smith believes the healthy food movement is winning the war in the grocery aisles.

“Major food companies already realize that making non-GMO claims gives them a competitive edge. Why else would Nestlé’s dedicate time during their extremely expensive TV commercials to brag that their coffee creamer is non-GMO? Why else would Dannon announce that their feed for dairy cows will be non-GMO within three years? And why else would Del Monte, Campbell’s, Hershey’s, Post, General Mills, Red Gold, Applegate, and so many others make similar non-GMO commitments? We are totally winning.”