In an online poll taken during a recent webinar on gut health, we asked our listeners to tell us about how they’re using probiotics in their practices. Specifically, we asked about how frequently they are currently recommending these products to their patients.

The responses were surprising. Nearly one-third of the audience said they recommend probiotics to over 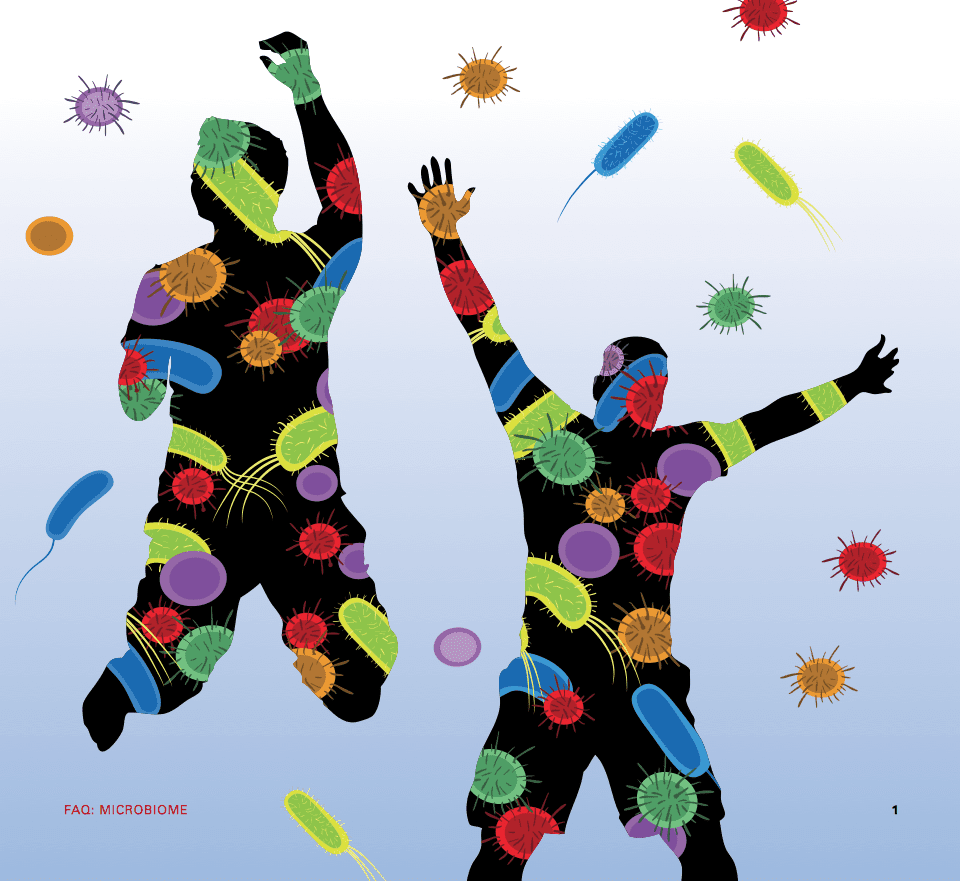 70% of patients. An additional 26% are recommending them to at least half.

There are a lot of people out there taking a lot of probiotics!

That’s why probiotics are now a $30 billion global industry, with over 180 products on the market.

In general, that’s a promising sign, indicating that doctors and patients really are thinking beyond the pharmaceutical options when it comes to managing digestive system problems and other chronic disorders.

But like so many things in life, it’s really easy to overdo it with probiotics.

The more we learn about the gut microbiome, the more I think we need to be more judicious in how we use probiotics. To be sure, they can be valuable tools in the context of a comprehensive treatment approach, but as with any other tool, excessive or inappropriate use can be problematic.

Researchers estimate that the optimally healthy human gut should contain between 20,000 and 30,000 species of bacteria. Variety is key. The greater the diversity, the healthier the microbiome.

The issue I have with our current approach to probiotic use is that it is doing on a microscopic level what crop monoculture is doing in agriculture: favoring a relatively small number of species at the expense of ecosystem diversity.

A typical probiotic supplement delivers 35 billion to 50 billion CFUs of just a few species. While some products contain up to 24 species, that’s still a far cry from the diversity that we know to be optimally healthy.

Giving 35 billion copies of the same bacteria over and over again in the gut is absolutely creating monoculture. You might call them “good bacteria,” but if you’re using them chronically, you could create real problems.

In my early years as a physician, the only tools I had for treating gut problems were basically acid-suppressing drugs, which are incredibly damaging, and then digestive enzymes and probiotics, which I didn’t really reach for until I was already out of the Western medicine mind and started to become more of an integrative practice.

As functional medicine doctors, a whole group of us jumped on, 10 or 15 years ago, and said gut health is important; we said probiotics are critical, and every patient needs to be on a probiotic regimen.

We, and our patients became enamored of probiotics because we recall what often happens in the first two weeks of being on a probiotic. Most of these patients were recovering from gastroenteritis or from antibiotic exposure, chronic fatigue, whatever it was. A physician finally recommended a probiotic, and they finally felt some improvement!

They were like, “Okay, that’s a good edge off my pain or suffering.” They get stuck in the mentality of, “I remember I was worse, then I started this and I was better,” so they assume that if they stop the probiotic they’re going to get worse again.

Many of our patients really do feel better in the first couple of weeks on probiotics, even if they have gut overgrowth of invasive species like E. coli. When you take a probiotic and overwhelm that biome with seven species that are good, you’re going to feel better.

But then you will plateau.

In people with longstanding digestive disorders, the benefit obtained from probiotics can only really occur for those first couple of weeks.

I don’t see probiotics being helpful in the long-term management of my patients. If I see a patient who’s coming to the clinic and they’ve been on chronic probiotics, I generally stop them cold turkey.

It is important for you to start backing off, to let the carbon redox system – the communication system between the bacteria in the gut – reestablish a healthy balance.

What I’m saying is, we need to stop trying to micromanage the gut.

At our clinic, we always stop probiotics after one to two weeks. The only time we use them clinically now is if there’s been exposure to antibiotics or to a chemotherapy agent, or occasionally if there’s a severe gastroenteritis or viral infection.

Toxic peptides enter the gut, producing Zonulin, which leads to tight junction breakdown and creates the leaky gut, leading to chronic inflammation, which is the root of disease.

Probiotics can do many things physiologically. Some species can even generate important nutrients like glutathione, ascorbate and folate. But they cannot restore the tight junctions to normal functioning or reestablish normal gut barrier function.

In recognizing the inherent limitations of probiotic-based treatment, I’m not saying that I’m against probiotics, or that they should never be used. Quite the opposite: they have a place, especially when they’re coming from food sources.

You can get a lot of good, diverse, healthful organisms from wild fermented sauerkraut, kimchi, etc. The products need to say “wild fermentation” on it, meaning that the fermentation process is done like it has been for thousands of years, which is simply create your salt water brine, put in your shredded vegetable, whether it’s a turnip or in the case of sauerkraut, cabbage, cover the crock with a terrycloth or something like that, and allow for all sorts of microbiome from the environment to seed that fermentation process. You end up with hundreds or maybe thousands of species breaking down that sauerkraut.

There is a huge market for kombucha now. Everybody who has been looking for a fizzy alternative to sodas is trying kombucha. A lot of those prodiucts, again, are monoculture brands, so you want to make sure that you have a wild ferment kombucha.

The reason is not that dairy is inherently bad, but because milk and any of those fat-soluble compounds coming from the udder of a cow have a tendency to concentrate fat-soluble toxins such as glyphosate, the active ingredient in commercial herbicides, including Roundup, but also mercury and heavy metals. All those compounds are showing up in dairy products these days

If patients insist on eating yogurt, I recommend coconut milk yogurts. But I try to steer them toward products that do not contain carrageenan, an emulsifier that is carcinogenic. Unfortunately, carrageenan is added to a lot of the coconut milks, almond milks, and other products derived from them.

“So Delicious” is a brand that’s in most grocery stores now. They just eliminated carrageenan from their recipes a year or two ago because of consumer demands, which is fantastic. “So Delicious” is one brand you can reach for if you’re going to keep yogurt in the diet, but keep in mind that those are not wild ferments. They only have a few strains of lactobacillus added. Some of them will have different species, but they won’t have the diversity. They actually will have often less diversity than your typical probiotic on the market.

In general, what I recommend is go to a nutrition or health food store and get one of the refrigerated wild ferment products.

I’m often asked — where do the many strains of healthy bacteria come from that populate the gut?

My answers include the air we breathe, especially from being in different natural environments; walking barefoot on the earth, petting companion animals, eating low on the food chain–directly from a garden, if possible. All these contribute diversity to that critical microbiome.

And of course, as CEO and Founder of the company that manufactures Restore, I recommend Restore to support that optimal gut environment. Our in vitro studies and my clinical results clearly show Restore’s ability to support the tight junctions, which then fosters a gut environment where those healthy bacteria can support the body’s immune function.

Zach Bush, MD, is medical director of a new, integrative medicine practice in Charlottesville, Va. He is also the founder of Biomic Sciences, a nutraceutical company that recently launched Restore, a unique supplement product that can support the repair of the gut wall by reestablishing proper tight-junction function.