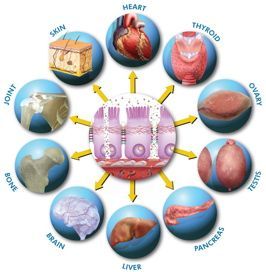 LONG BEACH, CA–Approximately 53 million Americans have autoimmune diseases. That’s one in every seven men, and one in every five women. In most cases, they seek care long after the disorders have become debilitating, and often bounce from clinician to clinician before getting an accurate diagnosis.

Advances in molecular immunology have the potential to change that, by providing primary care practitioners with an array of new tests enabling detection of predispositions and triggers for diseases like rheumatoid arthritis, lupus, celiac, Crohn’s, and autoimmune thyroid disorders at early stages when they are most manageable.

“We are now able to save time by assessing multiple autoimmune reactivities at once, even in the subclinical stage,” said Dr. Vojdani, chief scientific advisor for Cyrex Laboratories, who has spent the better part of 30 years studying the immunological and molecular underpinnings of the autoimmune process, and then translating that research into clinically useful tools.

In Dr. Vojdani’s model, autoimmunity–regardless of where in the body it manifests–is the result of a three-part equation consisting of genetic susceptibility, increased intestinal permeability, and exposure to environmental triggers.

Conventional allopathic medicine places the emphasis on genetic susceptibility and symptom management. The prevailing view is that people have chronic autoimmune conditions simply because their genes make it so.

There’s no doubt that genes play a role. Dr. Vojdani said the presence of certain genes confer marked increases in risk for certain diseases. For example, the HLA B27 allele translates into an 87-fold relative risk for ankylosing spondylitis. Heterozygosity for HLA DR3/DR4 equals a 25 relative risk for Type 1 Diabetes.

But genes are only part of the equation. A strictly genetic model is not only incorrect, it also offers very little hope for people with these disorders. 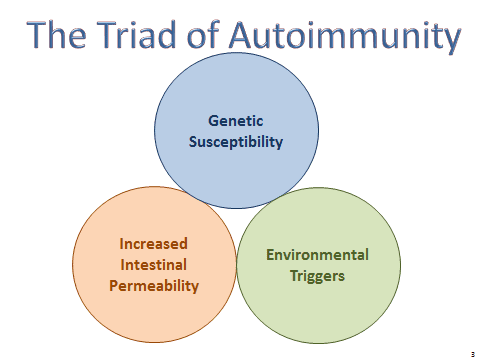 Diseases Coordinating Committee, the concurrence rate of autoimmune disorders among identical twins is between 15% and 50%. Non-identical twins have about the same concurrence as any other siblings, which is between 2% and 5%. The NIH committee estimates that heredity accounts for just one-third of the total risk of developing an autoimmune disease.

Ballestar and colleagues at the Cancer Epigenetics & Biology Program, Barcelona, found that concordance among monozygotic twins is 27% for multiple sclerosis, 12.3% for rheumatoid arthritis, and 20% for Crohn’s disease (Ballestar E, et al. Clin Rev Allerg Immunol. 2010: 39: 30-41). Clearly, something besides heredity is driving many of these diseases.

For example, mercury can bind to thyroglobulin and thyroid microsomal antibodies, triggering the production of autoimmune antibodies, which are detectable. Autoantibodies to neurotypic and gliotypic proteins may be used as peripheral biomarkers to reveal evidence of nervous system neurotoxicity, according to research by Hassan El Fawal at the Albany College of Pharmacy and Health Sciences (Neurotoxicology 29:109-115 2008).

Many environmental, viral and bacterial triggers can now be identified via autoantibody testing. While ID’ing these triggers is important, it is in the realm of food sensitivities that clinicians could potentially have the most leverage in helping patients with autoimmune problems, said Dr. Vojdani.

There are many potential food allergens that can be involved in triggering autoimmune processes. Gluten, a component of wheat and other grains, has clearly become the “poster-molecule” in the last decade. A recent Mayo Clinic epidemiological study suggests that as many as 1% of all Americans are reactive to gluten (See Incidence of Celiac, Gluten Intolerance on the Rise). But Dr. Vojdani stressed that celiac is only one manifestation of gluten sensitivity.

Autoimmune reactions triggered by gluten and related proteins play a role in depression, arthritis, thyroid diseases, cardiovascular disease, chronic skin disorders and many other chronic problems. Gliadins, glutenin, transglutaminase, gluteomorphin, and prodynomorphin are also potential antigens in grains that are not detected with conventional celiac tests. 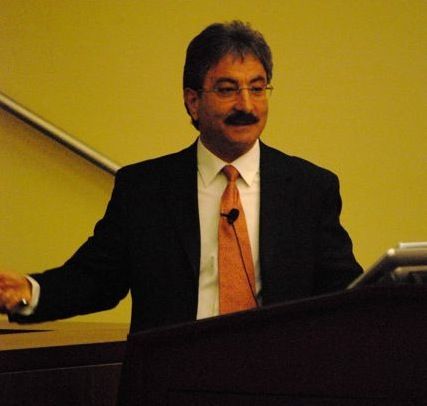 “Measurements of IgG and IgA antibodies against such an array of wheat peptides and antigens can enhance the sensitivity and specificity of serological assays for gluten sensitivity and celiac disease and may also detect silent celiac disease or its overlap with inflammatory bowel disease,” Dr. Vojdani said.

Antibody testing can be helpful in getting to the root of disorders that wouldn’t at first glance be thought of as food or digestion-related. Case in point: multiple sclerosis.

MS patients often show significant elevations in antibody levels against gliadin, and to GAD-65, an important enzyme that involved in the metabolism of glutamate. This enzyme is often dysfunctional in people with type-1 diabetes.

They also have significant elevations of antibodies against zonulin and occludin, the building blocks of tight junctions between cells of the intestinal epithelium. Presence of these antibodies indicates a breakdown in gastrointestinal barrier function. This is interesting because MS patients also show antibodies to blood-brain barrier proteins, suggesting that the overall syndrome is, in part, related to compromised barrier function in both the gut and the nervous system.

Dr. Vojdani explained that gliadin, a glycoprotein in wheat, activates zonulin signaling irrespective of the genetic expression of autoimmunity, leading to increased intestinal permeability to macromolecules.

Up-regulation of this process, characteristic of many chronic diseases, leads to breakdown of GI barrier function, opening the floodgates for many other food antigens, pathogens and toxins to enter the bloodstream. This in turn, triggers further immune dysregulation and chronic inflammation, which can show up in many different organ systems, sometimes simultaneously.

Several years ago, Sapone and colleagues showed abnormal zonulin upregulation in 70% of people with type-1 diabetes. Moreover, this preceded the actual onset of disease by an average of 3.5 years (Sapone A, et al. Diabetes. 2006; 55(5): 1443-9).

Dr. Vojdani said that in many other autoimmune disorders, including Celiac disease, symptoms are preceded by upregulation of zonulin years in advance.

This is only one of many emerging examples of detectable autoimmune changes occurring well before the clinical signs of disease, and it opens a wide window for early interventions. Lifestyle changes aimed at minimizing trigger antigen, and holistic strategies to restore optimal GI barrier function could significantly reduce the burden of illness, even in people with strong genetic predispositions.

The concept of intestinal permeability as an etiologic factor in chronic diseases has gained ground in recent years. But Dr. Vojdani, and many other researchers contend that conventional testing generally misses the mark because substances like lactulose and polyethylene glycol, the targets of many conventional tests, are small, low-molecular weight compounds that are poor stand-ins for the larger food proteins that cause problems.

“To avoid false positives, you need to use large molecules. Transfer of low molecular weight probes like lactulose or mannitol suffers from a high degree of false positivity,” he told Heal Thy Practice attendees.

Predictive antibody testing, which is still in it’s infancy but evolving rapidly, provides clinicians with an entirely new set of tools for picking up autoimmune reactions underlying common chronic conditions. The reality is, most people who have autoimmune disorders are reactive to several antigens.

Working with Cyrex, Dr. Vojdani has designed a multiple autoimmune reactivity screening panel that consists of the most common and clinically-important antigens. “It’s a very cost effective panel that measures 24 biomarkers, yet costs less than 8 determinations from another lab.”

The panel is intended as a starting point for evaluating any patient with an idiopathic chronic condition potentially caused by environmental triggers, infections, chemical exposures, or dietary proteins. It is also useful for follow up with patients who have increased intestinal permeability, and for monitoring the efficacy of treatment protocols.

The subject of predictive antibody testing in the care of people with common chronic diseases is the focus of a 6-hour online Continuing Medical Education (CME) course on Holistic Primary Care’s new Holistic Education Exchange. The course features Dr. Vojdani as well as Thomas Alexander, MD, and Chad Larson, DC, and is supported by an unrestricted educational grant from Cyrex Labs.