A healthy gut microbiome is, essentially, a massive chemical factory performing many metabolic functions. It produces massive amounts of antigens, regulates innate signaling mechanisms that affect metabolic and circadian rhythms. It also performs digestive and metabolic functions the human body could not accomplish on its own.

With the growing popularity of probiotics and concerns about antibiotic overuse, there has been a

lot of public as well as medical attention focused on the importance of maintaining healthy gut flora. This is certainly a step in the right direction, but what often gets lost in the dialog is the true complexity of the gut microbiome.

Gut contents are essentially, an “outer world” within the inner compartment of the body. GI flora are arrayed in a series of inter-related ecosystems that when healthy, maintain a balanced relationship between very diverse organisms.

The average healthy human being hosts roughly 160 different species of microorganisms in his or her GI tract, 95% of which are anerobic. These organisms show a tremendous genetic diversity. Let’s put it this way: a human being has more in common genetically with a Sea Lamprey than Bifidobacteria has with Lactobacillus.

Over the last few years, human gastrointestinal microbiome has become one of the hottest topics in biomedical research. Recently, the National Institutes of Health initiated the Human Microbiome Project, one of the largest interdisciplinary research collaborations the agency has ever undertaken.  HMP will  provide a hub for national and international research in this fie.d

A Field Guide to Gut Flora

Clinically, we need to start thinking in a new way about the GI tract, and recognize that gut health—and by extension, general health—depends to a great extent on establishing the right relationships between the various species. 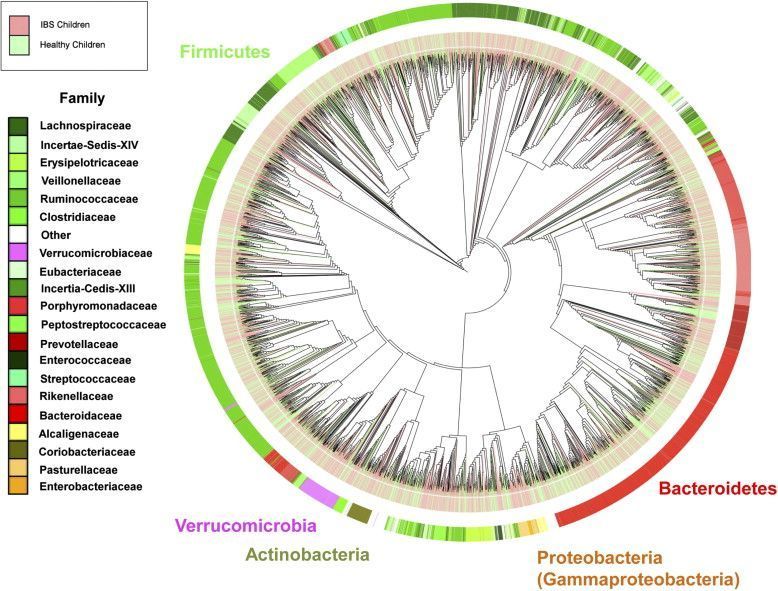 Taxonomy does give clues to the characteristics of various organisms, but it is very important to understand that in a highly complex microbial environment like the gut, taxonomy does not equal function. The behavior–and the physiological effects–of a given organism are greatly influenced by the total microbial milieu. Simplistic, reductionistic approaches to assessing and treating gut flora do not work well in actual clinical practice.

So the gut flora’s net influence on immune system function is greatly influenced by the relationship between populations of Lacto- and Bifidobacteria. Over- or under-representation of either can throw immune function out of balance.

These concepts have very real clinical implications. There is growing evidence that GI flora play a role in the etiology of diabetes and obesity, and further, that modulation of gut flora could potentially be therapeutic.

First observed in mice, gut flora exert an important influence on body mass and fat storage. Researchers have found that stool bacterial balance is different in obese versus lean mice. What’s really interesting is that fecal transplants from obese mice into the GI tracts of lean mice will induce obesity in the latter. Researchers studying humans have found that obese people have a stool microbial balance that is different from that of lean people. Further, weight loss is associated with a shift in this balance from an “obese” pattern to a “lean” pattern.

That changes in gut flora may play a dynamic role in human metabolism, and are not just passive consequences of dietary change was underscored by a recent Dutch study. Eighteen obese men with metabolic syndrome underwent duodenal intubation and polyethylene glycol lavage to eradicate their gut flora. Then they got fecal transplants. Half got autologous feces from their own gut, while half got transplants from lean males.

It’s not exactly a pleasant experiment to envision, but the results were impressive. Six weeks later, the men who received transplants from lean donors had reduced triglyceride levels and increased insulin sensitivity, with no change in diet or exercise. This effect was strictly due to the influence of the organisms in the feces from the lean men.

Gut flora may have some influence on cardiovascular risk, beyond the effects on metabolism andfat storage. Trimethylamine (TMA) is a highly toxic substance similar to homocysteine, produced by several species of microorganisms from dietary choline. It is interesting to note that TMA is highly elevated in people with CAD. Production of TMA represents a new association between gut flora, diet and cardiovascular health that needs to be explored.

Bacteroides vs Firmicutes: The B/F Ratio

The ratio of bacteroides to firmicute organisms in the GI tract tends to be low in obese versus healthy weight animals, and possibly humans as well. Interestingly, this ratio increases with weight loss.

On the other hand, the B/F ratio tends to be high in patients with inflammatory bowel disease (IBD), and also in those with type 2 diabetes. This seems paradoxical given the relationship between diabetes and obesity (in which the B/F ratio is low). The paradox may be due to the effects of hyperglycemia.

The B/F ratio is not yet ready for clinical prime-time as a patient evaluation tool, but the research observations do point in some interesting directions. They also open more questions. One important question is whether there are certain fermicute organisms present in the GI tracts of non-diabetic obese people that are protective against diabetes. One such organism has been identified, Faecalibacterum prausnitzki, a firmicute and a relative of Clostrida, that is anti-inflammatory, and may protect against type 2 diabetes and Crohn’s disease.

Incidence of colorectal cancer is proportional to deoxycholate excretion and inversely proportional to fecal Lactobacillus concentration. It is interesting to note that many studies have shown lower CRC incidence in vegetarians, who typically show lower levels of the bacterial enzymes beta-glucuronidase, nitro-reductase, 7-alpha-dehydroxylase in their stool. Animal studies have shown that supplementation with lactobacilli lowers these enzymes and prevents colon cancer.

A high-fiber, plant-based diet rich in lacto-fermented foods will encourage establishment of healthy colonic flora, thus reducing cancer risk. Flavonoid-rich vegetables & fruits suppress the growth of C. perfringens and C. difficile, both of which can cause serious problems.

In practice, I have found supplemental colostrum to be helpful for many patients. It is a good source of lactoferrins which bind iron, thus inhibiting the growth of all bacterial species except lactic acid producers.

Bacterial peptides induce interstitial macrophages and T-cells to produce IL1 and TNF, bacterial endotoxins induce IL-18, IL-1b, and TNF-α. These cytokines can induce non-REM sleep. Late at night, when cortisol is lowest, gut microbes stimulate production of the aforementioned cytokines, which then induce deep, non-REM sleep, which is very restorative. IL-1, IL-18 and TNF are supposed to have circadian cycles, with secretion peaking at midnight and declining as cortisol begins to rise in the early morning hours.

The early morning cortisol rise, and the consequent inhibition of IL-1B, shapes the transition between non-REM and REM. Disruption of GI flora can have profound and negative consequences on sleep and circadian rhythms.

Clinical Use of Probiotics

There has been a lot of excitement about probiotic supplements in recent years, as people seek non-pharmaceutical options for preventing and treating common disorders. That’s certainly encouraging, but given the complexity of the gut microbiome, it is important that we not take overly simplistic, reductionistic approaches to the use of probiotics.

In practice, I have found that probiotics are loose cannons. We really never know what a particular probiotic formula will do in a given patient until he or she takes it. This is because the organisms’ net effects will be highly modulated by the overall microbial context into which they are planted.

Keep in mind that the physiological effects of gut organisms are a reflection of the gut microbiome as a whole. It is a function of the inter-relationship between species, not the influence of any one specific organism.

Probiotics can be helpful in many cases, but they are not silver bullets. They are most likely to be effective when used as part of a broad and comprehensive holistic strategy for establishing a healthy microbiome. This includes dietary changes, stress management, judicious use of nutrients and botanicals, and elimination of unnecessary and potentially detrimental medications.

For more of Dr. Galland’s approach to digestive system health, read Three GI Ecosystems and Do Must We Always Eradicate H. Pylori?

Leo Galland, MD, is an internist who practices integrative & functional medicine in New York City. He is the founder/director of the Foundation for Integrated Medicine, and founder of PillAdvised, a website devoted to integrative medicine on which users can learn about interactions involving drugs and dietary supplements.