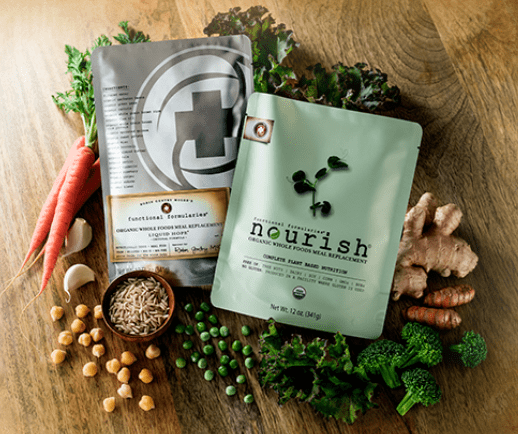 No one discussed nutrition with John Gregoire when he had his feeding tube placed in 2014. The hospital nutritionist simply prescribed a calorie-rich enteral formula and sent him on his way.

“I felt like every time I fed him, I was killing him,” his wife Linda recalls.

The primary ingredients in most commercial tube-feeding formulas include corn syrup, high omega-6 canola oil, emulsifiers and casein. All of the above are inflammatory, and this can be problematic especially for those battling acute or chronic illness.

“The physicians had no clue,” says Linda Gregoire. “Doctors were only concerned with the feeding tube site, they don’t ask about the food itself.”  They seemed equally unconcerned about the patient’s diminishing strength.

“Without being healthy, John can’t fight this. He needs every bit of strength.”

Switching to a different formula proved to be “more of the same,” Linda says. “I really felt there was no way out.” Like so many desperate patients struggling with chronic conditions, the Gregoires hit the internet in search of answers.

“Literally, after the first day, he came back to life,” Linda recalls, speaking on behalf of her husband who due to his illness prefers to communicate via e-mail. “It was like watering a plant.  The nurse said, ‘This is what he needs.’”

Liquid Hope was born out of one family’s desperation.

Robin Gentry McGee, founder of Functional Formularies, developed the formula while taking care of her father.

In 2005, McGee’s father suffered a fall, which caused a traumatic brain injury that put him into a coma. McGee—a chef who holds strongly to the food-as- 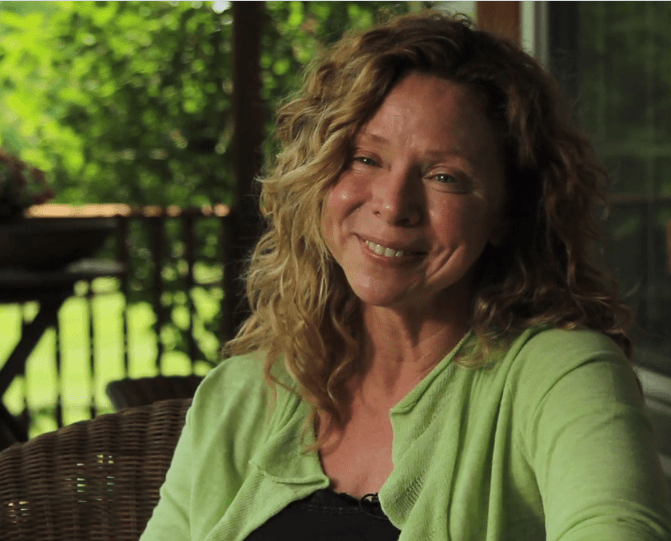 medicine creed–was horrified to find that no whole food feeding tube formulas existed. Her father’s care team actually told her that giving him real food via feeding tube would kill him.

Instead, like Gregoire, he received a conventional formula laden with sugar, pro-inflammatory omega-6 fatty acids, and other questionable ingredients.

He became so full of mucus, he required daily suctioning “with nurses sticking a tube down his nose. It was excruciatingly painful,” she recalls.

McGee put all her culinary skills to work, and started making liquefied whole food combinations to give to her father. His lungs cleared within 48 hours of starting on these homemade concoctions.

He ultimately came out of the coma, partially recovered from the TBI, and lived for three more years following the fall. His overall health status improved significantly and his physicians were able to reduce his medication burden from 17 drugs to three. He died in 2008.

Her father’s fall was the start of an eight-year journey for McGee, during which she intensive nutritional study with Paul Pitchford, author of Healing with Whole Foods. Of necessity, she also began to learn about business development.

She says she had no entrepreneurial aspirations at first; she simply saw a glaring need for healthier tube-feeding options.

“I was pushed by patients and their loved ones and a few RDs from the very beginning.”  She launched Functional Formularies in 2013 with Liquid Hope, which was — and still remains — the only organic, plant-based, shelf-stable feeding tube formula free of sugar, oil, dairy and soy.

At four servings per day, the adult version of Liquid Hope meets or exceeds 100% RDIs for 21 key nutrients.

She was not mistaken in thinking there were a lot of people seeking a product like this; the company sold out of Liquid Hope almost immediately.

Building on that initial success, McGee formulated a second product called Nourish–a pediatric whole food formula that can be used either parenterally or as a meal replacement. Launched in 2016, Nourish now outsells Liquid Hope. Both products are ready-to-use, have a 12 hour hang time, can be used with a variety of pump systems, and are shelf-stable for up to two years. Once opened, the packages can be kept refrigerated for up to 2 days.

A single 12-ounce pouch costs $7.99 (plus shipping), but can be purchased in cases of 6, 12, or 24 counts via the Functional Formularies website or through medical supply companies like Coram.

Both Liquid Hope and Nourish are covered under Medicare (billing code B4149), and almost all of Functional Formularies’ patients and their families qualify for insurance coverage. The Gregoires feel so strongly about the benefits of Liquid Hope, they help support the families who don’t have insurance coverage.

“John and I run a small foundation, We’ve seen how neglected some patients are and they don’t have the strength to advocate for themselves. We wanted to help people who couldn’t get the formula,” says Linda. “Every patient should have the right to real food.”

McGee recalls that initially, physicians and dietitians would tell her that a shelf-stable, organic, whole food formula was neither practical nor scalable, and that “corn syrup and canola oil are fine.”

They were wrong on all counts, as it turns out.

Some physicians, however, recognized the need that McGee was trying to meet.  Dr. Michael Morowitz, a pediatric surgeon at the University of Pittsburgh Children’s Hospital, is one of them.

“The medical field is still not very advanced in addressing how nutritional interventions can improve outcomes for individuals with acute and chronic illnesses,” he told Holistic Primary Care.

Morowitz has been part of a team conducting a small hospital-funded study comparing mice fed a conventional formula versus those given Liquid Hope.

“Our initial hypothesis was that the intestinal bacteria of animals on Liquid Hope would be different.  It is plant-based, so it is high in fiber, good for growth of healthy bacteria. I was not anticipating seeing such a dramatic therapeutic benefit. Animals receiving Liquid Hope had dramatic decreases in inflammation relative to those receiving conventional formula.  It’s consistent over two or three years of research.”

Of course, mice are not people. And while parents giving their children Liquid Hope have told Morowitz their children appear more alert and have better digestion, there are not yet any formal human studies to validate the apparent benefits.

“Anecdotally, the satisfaction of parents and families is quite high. Ultimately, though, well-designed clinical trials are needed to provide large data.”

The lack of hard solid evidence does not stop Morowitz from prescribing Functional Formularies’ products when appropriate. “The grassroots demand for the product at the hospital increased to the point where in the last year, the hospital put Nourish on formulary.”

Almost all patients on Liquid Hope and Nourish can tolerate the formula, says McGee. “They continue to use it because they see such a difference.”

The products provide the benefits of home-cooked, plant-based whole foods, but with the convenience of a standardized, easy-to-administer, prepared product.

Linda Gregoire recalls that at one point, she tried blenderizing whole foods for her husband. But the shopping and preparation took too much time and effort on top of all the other strains of caregiving. In addition, she could never be sure she was providing consistent nutrition the way Liquid Hope does. “This stuff is great. It’s easy to give him.”

McGee’s success has not gone unnoticed. A number of major brands have approached Functional Formularies about the possibility of acquisition. So far, none have been unable to convince McGee her product wouldn’t be compromised.

“I’m not going to sell this very pristine product to a company that’s going to start using cheap ingredients, and that just cares about bottom line,” she says.

McGee and her dedicated team took the company very far beyond its humble origins in her kitchen. But the further evolution of Functional Formularies required financial resources above what she was able to generate on her own.

Last year, Functional Formularies was acquired by Swander Pace Capital, a private equity company focused on founder-owned companies.  “I had only two requests of SPC,” says McGee. “Take care of our product and our people.”

She has remained in a consulting role during the acquistion and transition process, ensuring that the company’s further growth is in alignment with her original vision: to ensure that people who require tube feeding have healthy, organic options free from ingredients likely to exacerbate inflammation and worsen their conditions.

“We want to maintain the integrity of our product.”