Home | Topics | Chronic Disease | This is Your Microbiome on Drugs: One in Four Rx Meds Harm Friendly Flora
View Cart

This is Your Microbiome on Drugs: One in Four Rx Meds Harm Friendly Flora 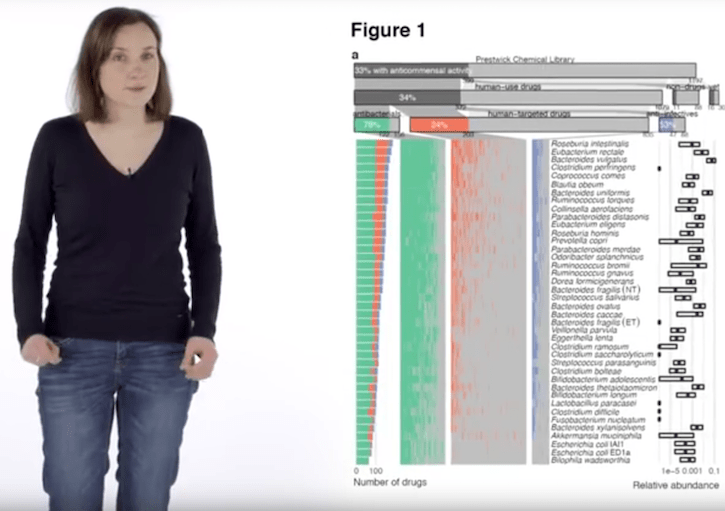 Antibiotics have a deservedly bad reputation for their microbiome-ravaging effects, but many other common non-antibiotic medications can also harm friendly gut bacteria, according to a recent study.

A team of scientists at the European Molecular Biology Laboratory (EMBL) screened nearly 1,200 commonly used pharmaceuticals and discovered that about one in four of the drugs tested can trigger changes in intestinal microbiome composition.

Some of them may also promote antibiotic resistance among pathogenic bacteria, the researchers reported in the journal Nature.

The recent upsurge in microbiome research has birthed what is now a core tenet of integrative medicine: that microbes living in and on our bodies support human health in countless ways. The intestinal flora includes hundreds of different bacterial genera and species that synthesize essential vitamins, break down indigestible dietary fibers, and protect us against infections.

Mounting evidence suggests that disturbances in the intestinal microbiome correlate with numerous disease states. We are beginning to understand that gut dysbiosis is a key feature of not just intestinal conditions like inflammatory bowel diseases, but also of less obvious ones like obesity, depression, anxiety, and many autoimmune diseases.

A multitude of variables influence microbiome composition, and any number of environmental and genetic factors can alter the microbial ecosystem. Use of medications can have significant impact.

While it’s widely established that antibiotics damage the microbiome, haphazardly killing pathogens and “friendly” commensal bacteria alike, the effects of non-antibiotic drugs on gut flora have not been well-documented.

In a handful of smaller single-drug human studies, some common pharmaceuticals were shown to cause changes in microbiome composition. But the full extent of this impact has not been fully measured.

The EMBL team, based in Heidelberg, is the first to undertake a large-scale in vitro study to systematically profile direct interactions between common drugs and individual gut bacteria. They 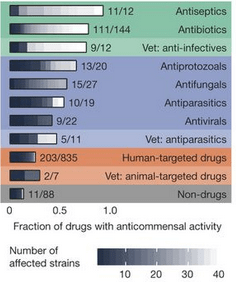 performed high-throughput screens to map the effects of 1,197 pharmaceuticals on 38 ubiquitous commensal species of gut bacteria.

They studied drugs representing all of the main therapeutic classes. Most (835 of the 1,197) were drugs without specific microbial targets, while the remaining drugs included anti-infectives with antibacterial, antifungal, antiviral or antiparasitic properties.

The testing process was labor-intensive. Each day, the investigators screened the effects of all 1,197 drugs on a single commensal organism, then repeated the day-long process with the next organism. Ultimately, the process produced hundreds of thousands of growth curves–mathematical representations of the effect (or lack thereof) of the drugs on the various bacteria.

Lead author Lisa Maier and colleagues also showed that more than half of the anti-infectives used to specifically treat viruses and other non-bacterial pathogens also disturbed commensal bacteria.

What’s more, Bork and his colleagues argue that their data likely underestimate the actual number of friendly bacterial species inhibited by commonly used drugs. Their study design established  stringent thresholds for classifying anti-commensal activity, and they could only study a limited selection of bacterial strains.

Although scientists do not yet know precisely how various drugs inhibit or destroy commencal species, the simple fact that they possess antibiotic-like properties raises a number of personal and public health concerns.

Among those is the previously unrecognized risk that consuming non-antibiotic drugs could promote antibiotic resistance. 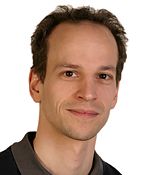 “If a resistance mechanism — for example, a transporter that shuttles drugs out of bacterial cells — protects against both antibiotics and non-antibiotic drugs, it will be selected for, and rise in frequency in a microbial population, perhaps even across species, under conditions when it confers a large fitness advantage — as during drug treatment,” said EMBL’s Georg Zeller, PhD, another research group leader and co-author on the Nature paper. “Such common resistance mechanisms could be selected for through non-antibiotic drug intake and over time render the microbiome and pathogens, via horizontal gene transfer, more resistant against antibiotics, too.”

“The most interesting implication of this is that intake of non-antibiotic drugs — in particular, if occurring repeatedly — might also promote antibiotic resistance among gut commensals, which might then spread to pathogens,” Zeller added. “We provided data suggesting that this might occur, but additional studies are needed to show whether it does occur in patients.”

Comparing their results to the few existing in vivo studies of human-targeted drugs, the EMBL group noted a strong concordance between what they observed via the in vitro screening method, and what other authors reported in actual clinical settings. This suggests that drugs showing anti-commensal activity in the lab setting will likely also have similar effects in real world patient care.

In one example, the researchers found that the effects of metformin, the first-line drug for type 2 diabetes and one of the top-selling drugs in the United States, on gut microbiota in vivo correlate with its documented in vitro activity. They determined that at the drug’s estimated small intestinal and colon concentration of 1.5 mM, metformin would inhibit three of 22 tested bacterial strains, correlating with prior data on species whose growth metformin was shown to inhibit.

According to Dr. Nassos Typas, one of the EMBL team leaders, the findings have both negative and positive implications. If non-antibiotic drugs have antibiotic-like effects, they could be problematic because they disrupt the microbiome and potentially foster resistance.

On the other hand, in an era where many common antibiotics have become less effective, the EMBL data suggest that some non-antibiotic drugs might be “repurposed” as antibiotics, thus expanding the spectrum of options available to clinicians.

Not only do non-antibiotic drugs pose the newly identified public health challenge of antibiotic resistance, on a more personal level, they can also disrupt the balance of our individual gut ecologies.

“One could speculate,” the study’s authors write, “that pharmaceuticals, used regularly in our times, may be contributing to a decrease in microbiome diversity in modern Western societies.”

Given our penchant for prescriptions, this urgent message carries considerable weight for Americans. The US alone represents more than 45% of the global pharmaceutical market, a share valued at approximately $446 billion in 2016 . Most of that spending goes towards non-antibiotic drugs. A recent Institute for Healthcare Informatics report on 2015 national medication use indicates that, ranked by number of prescriptions dispensed, antihypertensives, antipsychotics, and pain relieving drugs are more widely used than antibiotics.

With spending on prescription drugs on the rise, “our results underscore the necessity of accounting for potential medication-related confounding effects in future microbiome disease association studies,” the EMBL group concludes.

Applying these findings to the clinical setting, Zeller pointed out that since, “we’re only beginning to consider the human gut microbiome in the context of primary care, I feel it’s probably too early to discuss the consequences of our research” on real world patients. “However,” he added, “our research clearly shows that not only antibiotics, but also about a quarter of human-targeted drugs do have an impact on the commensal microbes in our gut, and there are common resistance mechanisms against both drug classes.”

He explained that identifying the precise mechanisms through which drugs stop the growth of friendly bacteria requires further study. Additional quantitative data clarifying a drug’s effects on the microbiome would better enable physicians to weigh the expected and desired therapeutic actions against any undesirable microbiome-mediated side effects.

Though it may be too soon to craft recommendations for patients, Zeller said, “our hope is that in the drug development process, more consideration will in the future be given to testing adverse effects on gut microbes.”  A better understanding of the broad impacts of human-targeted drugs on the microbiome will ideally lead to better outcomes for patients, including reductions in side effects like nausea or diarrhea.

While Zeller’s team could not fully elucidate the precise microbiome changes induced by individual drugs, their report nevertheless “made it clear that this should definitely be investigated in the future, and perhaps become part of routine safety assessments in the drug development process.”