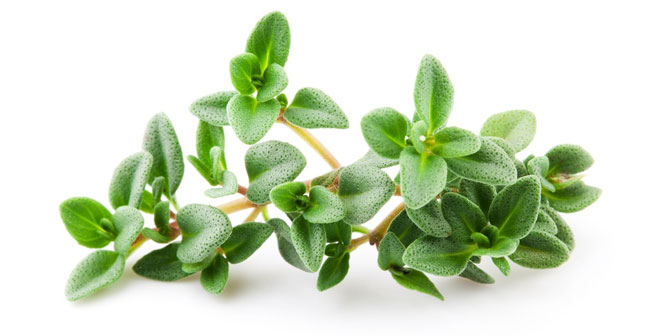 The cohort of 85 patients with evidence of fatty liver were randomized to receive capsules containing either 700 mg of ZM powder or a wheat flour placebo, twice daily––once before breakfast and again at bedtime––for 12 weeks. All patients were also advised to follow standard dietary recommendations, including elimination of soft drinks and fast food.

This is noteworthy given that people with NAFLD are at increased risk for cardiovascular disease. Preventing the development of hypertension is of paramount importance in these patients (Patil, R. & Sood, G. World J Gastrointest Pathophysiol. 2017; 8(2): 51–58).

While both groups displayed significant reductions (P<0.001) in serum alanine aminotransferase at the study’s six- and twelve-week marks, the difference was greater in the thyme group than the control group (P<0.05). However, these differences did not reach statistical significance after the investigators adjusted for confounding factors.

There were no significant differences between the two groups with respect to serum levels of C-reactive protein (hs-CRP), Tumor necrosis factor-α (TNF-α), grade of fatty liver, or lipid profiles.

ZM, a staple in Persian traditional medicine, is cultivated widely in Iran, Pakistan, and Afghanistan and used both in cooking and medicinally. It is well-regarded not only for its antioxidative and anti-inflammatory properties, but also for its ability to increase insulin sensitivity and normalize blood sugar levels.

At present, diet and lifestyle modifications are the primary treatment strategies for NAFLD––but there is some evidence suggesting that antioxidants and anti-inflammatory products could play a role in managing the disease. The Shiraz University study was the first to investigate the use of Shirazi thyme to treat NAFLD.

In their biochemical analysis of the ZM samples, the investigators identified thymol as the plant’s main component. They propose that this compound is likely the one responsible for the herb’s various demonstrated pharmacological activities. Higher doses, other preparation methods, or longer treatment periods might further improve therapeutic outcomes.

A 2018 study conducted at the Cyprus Oncology Centre in Strovolos, Cyprus, examined the use of thyme honey as a treatment for oral mucositis in patients with head and neck cancer.

Oral mucositis (OM) is a common complication of radiation therapy among head and neck (H&N) cancer patients. Chemotherapy-induced OM is marked by inflammation and atrophy of the mouth’s mucosal lining, leading to problems with eating, swallowing, and drinking, and in severe cases causing mouth ulcers. Symptoms typically appear five to ten days after the initiation of chemotherapy and last between one and two weeks.

Researchers at the Cyprus cancer center assessed the effects of thyme honey on the grade and duration of OM triggered by chemotherapy in patients with squamous cell carcinoma (SCC).

Included in the study were SCC patients with primary and non-metastatic cancer who had been referred for Intensity Modulated Radiation Therapy (IMRT) at a dose between 50 and 60Gy in the oral cavity. Data from 72 patients were included in the final analysis. Most were men (72.2%), and the average age was 61 years. All patients presented with OM degree 1 or above, based on the OM grading scale adapted by the RTOG (Radiation Therapy Oncology Group).

The patients were randomized to receive either the thyme honey treatment or a standard saline rinse solution. 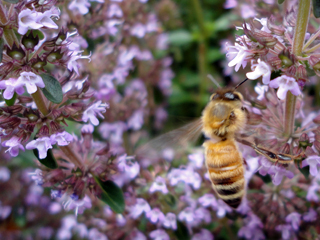 In the intervention group, patients were instructed to dilute 20ml of thyme honey in 100ml of purified water and gargle it in the mouth three times daily––both five minutes before and after each treatment session and again six hours later––for a total of seven weeks. Control group patients instead used  saline oral rinses instead of thyme honey.

Radiation oncologists, blinded to the study groups, assessed participants once a week for the prevalence of severe OM (RTOG grades 3 and 4). Patients also completed an OM quality of life questionnaire, before, during, and after the study.

Investigators found very definite and statistically significant differences between the two groups across the seven weekly measurements. They observed an upward trend––indicating increasing severity of symptoms––in the control group, but a downward trend––showing a decrease in symptom severity––in the intervention group.

Among the patients with more severe OM (grades 3 and 4) at baseline, the researchers found that in the thyme group, the prevalence dropped from 8 patients (22.2%) to one patient (2.8%) by the seventh week. In the control group, on the other hand, there were 11 (30.6%) patients with severe OM at baseline, and the number increased to16 patients (44.4%) at the end of the study period (Charalambous M, et al. Eur J Oncol Nursing. 2018)

Participants who rinsed with the thyme honey also reported a lower burden of mouth and throat pain, and fewer challenges with swallowing, drinking, and eating.

The authors point out that, despite the wide range of local and systemic methods used to manage radiation-induced OM, none of the available methods or combinations thereof, are truly “effective, comprehensive, and free from secondary side-effects.”

Earlier studies showed that both honey and thyme possess healing properties that could potentially benefit OM patients. Honey has long been used medicinally to treat  burns, wounds, to oral infections.

Thyme––one of the many nectar-producing plants from which bees produce honey––grows wild in Cyprus and throughout the Mediterranean region, and itself has a long historical record of medicinal use. A popular culinary herb, thyme also has antiseptic, antimicrobial, and antifungal traits. Thymol, a thyme-derived essential oil, is one of the four main active ingredients in the commercial mouthwash Listerine.

The authors conclude that these findings provide evidence of thyme honey’s effectiveness in reducing the burden of OM and improving quality of life in H&N cancer patients, both during and after radiation therapy. They call for larger multi-centered trials to validate these findings.