As the number of people taking dietary supplements has grown, and products such as omega-3s and probiotics have become a more common part of clinical practice, there has been increasing scrutiny on the quality of the ingredients that comprise them.

But clinicians have not given nearly as much attention to the quality and composition of the capsules that contain these nutraceutical formulations.

The composition of capsules has a big influence on the overall efficacy of the ingredients they contain. Good capsules should be free of toxins, contaminants and allergens, and they should ensure that the desired ingredients are delivered active and undamaged to the appropriate segment of the GI tract for optimal absorption. 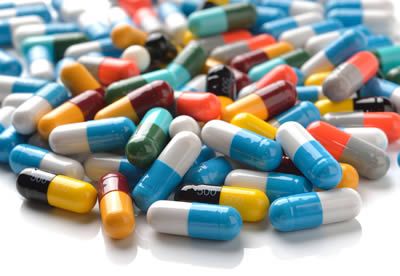 Historically, animal-derived gelatins were the standard material used to make capsules for drug or supplement delivery, but with rising consumer demand for vegetarian and vegan food and supplement products, there’s been a marked shift among manufacturers toward capsules made from hydroxypropyl methylcellulose (HPMC) and other plant-based materials.

Pete Zambetti, Global Director of Business Development for Capsugel, one of the world’s leading manufacturers of capsules for pharmaceuticals and nutraceuticals, says that for many American supplement users, the vegetarian option is a decisive factor.

Citing data from a 2011 consumer survey by the Natural Marketing Institute, Zambetti noted that in the US, “35% of supplement users say that a vegetarian or non-animal source is important when choosing a supplement, up from 26%. Capsugel’s own research indicates that in Europe, more than 45% said they would be more likely to purchase a supplement if they knew it was in a plant-based capsule.

In 2006, Capsugel introduced Vcaps®, the first HPMC capsules to be produced without the use of gelling agents. More recently, the company began production of Plantcaps™, made of pullulose–a water-soluble polysaccharide derived from the fermentation of tapioca. Pullulose, Zambetti says, provides the strongest oxygen barrier of all plant-based products making it ideal for encapsulating ingredients that are highly sensitive to oxidation.

Capsugel obtained Vegan certification for its Vcaps and Plantcaps from Vegan Action, a consumer advocacy group formed in 1995 to facilitate peoples’ transition to a lifestyle free of animal-derived products.

“The demand for Vegan certification is growing. This is a group of customers for whom core values drive purchase decisions,” added Zambetti.

The plant-based caps are also Kosher and Halal-certified, in accordance with Jewish and Muslim dietary laws.

Most recently, the company obtained certification from the Non-GMO Project for its plant-based capsules, becoming the first capsule manufacturer to do so.

The GMO issue is shaping up to be one of the most important—and divisive—subjects in the natural products world. Consumers are clearly demanding non-GMO options—and a right to know if a food or supplement contains GM ingredients. Manufacturers are scrambling to reckon with that demand.

Probiotics represent one of the largest and fastest growing categories of dietary supplements, with US sales exceeding $1.3 billion annually. It is also a category in which the form and manner of encapsulation makes a tremendous difference in efficacy.

To be effective, probiotic organisms need to reach the intestinal tract, which means they need to first pass unscathed through the acidic environment of the stomach. This is why most probiotic supplements are enterically coated. The problem is that the coating process often involves heat and moisture, both of which can be damaging to the microorganisms.

In an effort to stay ahead of that curve, Capsugel invested considerable research effort in its Pre-Pro Combo capsule, a system specifically designed to deliver probiotics along with prebiotic ingredients to facilitate their growth.

This capsule-within-a-capsule system is comprised of an inner compartment containing the probiotic organisms, suspended in a liquid formulation of prebiotic fructo-oligosaccharides (FOS), all contained in a plant-based HPMC outer capsule designed for delayed release.

The object is to protect the probiotics from stomach acid and from moisture, and to delay release of the culture until it reaches the intestines.

Capsugel researchers have been at the forefront of delayed-release technology for many years. The company has been able to produce capsules that protect ingredients from dissolution for 30 minutes or more at a stomach acid pH of 1.2, but that open rapidly at a pH of 6.8, roughly the pH of the human intestinal lumen.

A recent scintigraphic study showed that these capsules actually start releasing active ingredients at about 52 minutes following ingestion. This is about 45 minutes later than what one typically sees with an immediate-release capsule. Peak ingredient release is at approximately 72 minutes.

The wider array of capsules now available will enable supplement manufacturers to optimize the potential efficacy of their formulations while simultaneously giving consumers healthier choices in alignment with their diverse lifestyles and dietary choices. This, ultimately, will influence their willingness to stay with the products recommended by their practitioners.