A Field Guide to Yoga Styles

The practice of yoga has literally exploded in the US. According to a 2005 Yoga Journal/Harris Interactive survey, an estimated 16.5 million Americans practice some form of yoga. That number has certainly grown since then. As an “industry”—if we can call it that—yoga generates more than $3 billion in revenue annually.

This hasn’t gone unnoticed in medical circles. Many clinicians who practice yoga themselves are 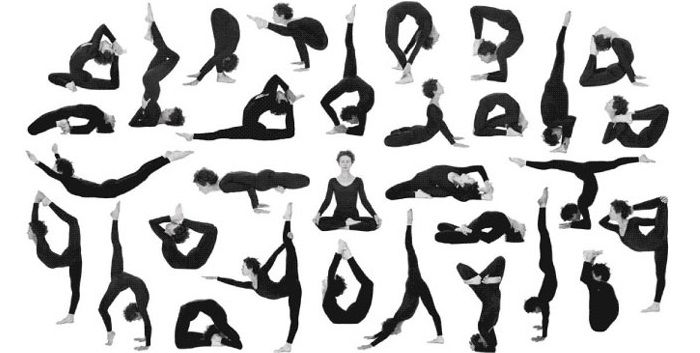 Though many people relate to yoga simply as a form of recreation or stress reduction, it is actually a very deep and complex practice aimed at harmonizing physical, mental, and emotional functions. The Sanskrit word, “Yoga,” translates as ‘to unite.” It is certainly a lot more nuanced than, say, a spin class or an aerobics workout!

Yoga has been around for thousands of years, but there are many new manifestations of the traditional practices. The sheer variety of yoga styles—traditional and modern– can be bewildering for patients and clinicians alike. It is important to understand the distinctions between them, as not all styles are appropriate for all people. Like so much of health care, the choice of yoga practice should be individualized, taking into account overall health, specific challenges, temperament, commitment level and other personal factors.

When people say they’re taking “a yoga class,” they are usually referring to one of the many versions of Hatha Yoga, the yoga of physical discipline. It’s a good idea to ask a patient what the class is called. If there is not a definitive name for the style, ask what they do in the class. This will give you an idea of the rigor, intensity, instruction level and attention to safety.

People with chronic medical conditions can certainly benefit from regular yoga practice, but they should be careful about the style they practice, and always respect their bodies’ needs and limitations. For example, inversion postures—anything from a forward bend to a handstand–could be a concern for people with high blood pressure, glaucoma, retinal detachments, atherosclerosis, a tendency to form clots, and spinal conditions.

Many yoga asanas (poses) are purported to help with specific conditions. But the postures themselves are only one aspect of practice: how someone moves from one asana to another is just as important. It may be true that Wheel Pose (Upward Bow or Urdhva Dhanurasana) is helpful for backaches, sciatica, and menstrual disorders, but this does not mean someone should just jump into a backbend with no training, preparation, or support! The pace, intensity, duration, and temperature of a class really matters. That’s where the expertise of a well-trained teacher makes a difference. 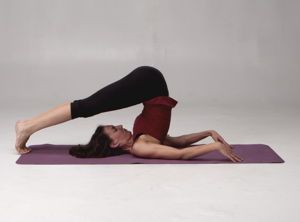 As an Ayurvedic practitioner and health counselor, I encourage people to develop their interest in yoga, but if they are new to it, I urge them to seek a conscientious teacher who takes time to introduce the concepts, philosophies, and depths of the postures, and who can guide them to practice levels appropriate to their health status. Yoga is generally very safe, but people can get hurt if they don’t know what they’re doing.

The sheer diversity of practice styles and colorful names may make yoga seem like a forest full of exotic birds. Don’t worry! Here’s a “field guide” to help you determine which styles are most appropriate for which patients. Over the years, I’ve found three styles—Kali Ray TriYoga, Jivamukti, and White Lotus—to be particularly beneficial and safe for patients with medical conditions, though others may be just as effective.

Kali Ray TriYoga is a flowing, continuous, and smooth style that is generally quite serene. That said, the nature of these postures still demands strength and flexibility. This is good for high-stress patients who need to slow down but want to feel they are using their bodies. Because of the slower, meditative pace, this is a good style for home practice using DVDs. One of Kali Ray’s advantages is that the relatively slow pace gives students time to figure out and perfect each posture or movement. For lethargic or unmotivated people, this style may not be stimulating enough.

Jivamukti Yoga can be physically challenging, but also spiritually engaging. Classes proceed through various poses, but also involve meditations, chanting, readings, music, and even discussions. Focus may sometimes be on a single posture. There is room for a practitioner to take things at her own pace, and gradually increase in intensity. This makes Jivamukti a suitable style for many types of people.

Phoenix Rising Yoga Therapy is another modern yoga style that provides hands-on instruction and facilitation. A major goal is to guide the postures and the breathing to facilitate the release of both physical and emotional tensions and blocks.

Yin Yoga focuses on connective tissue in the lower spine, hips and pelvis to gently stimulate the flow of Qi in the meridians. In this way it is quite different from many other practices that are focused more on movement and contraction of the muscles. Yin Yoga is much like self-myofascial release, as postures are held 3-10 minutes to facilitate full unwinding of restricted tissue. The long duration of the postures also encourages a more meditative practice, with a resulting benefit of stress reduction.

More powerful and physically challenging forms of vinyasa yoga include Ashtanga and Power Yoga. There are also several other more vigorous forms worth considering.

Ashtanga, popular with celebrities, this style is fast-paced and vigorous with lots of continuous movement and breathwork. Practitioners will sweat and will definitely get their respiration rates up! Instructors and experienced students will often jump—literally–from one pose to another. This is a great style for someone who needs vigorous exercise, who needs to sweat and purge, and whose joints are generally in good shape. Those with injuries, circulatory blockages, extremes of blood pressure, or other physical disabilities should be careful with Ashtanga. They can either “walk” through the postures or start with a gentler style. Likewise, pregnant women should avoid Ashtanga, as the jumping from pose to pose could be detrimental.

Power Yoga is, in a sense, a more Westernized form of Ashtanga. It is quite similar, but adapted to health clubs and commercial yoga studios. Some instructors add heat to this, warming up the room to increase flexibility and sweat. From a physical health perspective, it has many of the same virtues as Ashtanga, and the same drawbacks.

Bikram & “Hot” Yoga popularized (and commercialized) in the 1970s and 80s by Bikram Choudhury, is a modern synthesis of traditional poses practiced in a room heated to 100° F or higher, to simulate the climate of the Indian subcontinent in which yoga originated. Because it induces so much sweating, this is an excellent style for helping people purge toxins. Practitioners say the heat also increases oxygen intake.

The postures in Bikram yoga are traditional Hatha, but are held longer than in vinyasa (“flowing”) styles, and are repeated. The sustained postures and heat make this a physically challenging style that increases heart rate as much as strength and flexibility. Very thin people may be depleted by the excessive sweating. Those who tend to be warm/flushed under normal circumstances may overwhelm their thermoregulatory capacities. Bikram and any other “Hot” yoga style should be approached cautiously by patients on medication for blood pressure and other cardiac concerns. Those with low blood pressure, inflammatory conditions, or a tendency toward low blood sugar are probably not the best candidates for hot yoga. It is definitely not a good choice during pregnancy.

Iyengar Yoga is a venerable style in which postures are held for long periods, and instructors give 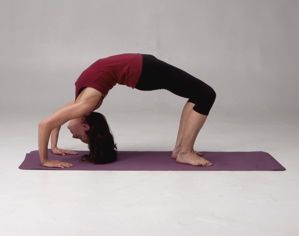 detailed focus on the alignment and subtleties of each position. Iyengar instructors are highly engaged with students, offering plenty of hands-on instruction. This style works well for patients with medical concerns who are drawn to the structure and vigor, but might be harmed by faster-paced styles. Iyengar gives them the space to back off if they find that a posture exacerbates symptoms. That said, the duration and intensity of the postures makes this style challenging for people who are severely debilitated or lacking endurance. Iyengar is best avoided during pregnancy unless a woman is already an experienced practitioner.

In its essence, yoga is more than physical exercise; it is a pathway for self-development. Popular yoga styles such as Kundalini, Ananda, Anusara, and Kripalu are highly focused on self-evolution, consciousness and spirituality.

Kundalini Yoga uses postures, dynamic breathwork, chanting and meditation to awaken energy at the base of the spine. It is extremely important to have a live instructor for this type of yoga because of the intensity of the energy it can generate. Patients with physical or emotional blockages might find that this type of yoga—if not properly guided—can exacerbate symptoms.  If a patient is practicing Kundalini yoga, work closely with him/her to monitor any medical conditions.

Ananda Yoga is a great option for people with medical conditions who seek more from yoga than physical health improvements or increased physical function. Ananda yoga emphasizes traditional poses and silent affirmations used to deepen and enhance the more subtle aspects of each posture. The goal is to align body, energy, and mind. Any time postures are held, rather than “flowed through”, there is room for students to ask questions and express concerns.

Anusara Yoga blends precise biomechanics with human spirit. The practice is “heart oriented” and seeks to unfold a posture from the “inside out”, without forcing or subjugating the body to something unnatural or difficult. This is a highly devotional practice, less about the outward physical effects it will yield. 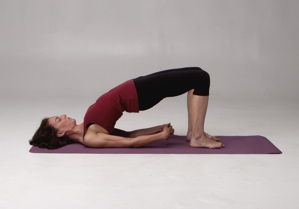 Kripalu Yoga, introduced by Amrit Desai in the mid 1960s and developed at the Kripalu Center for Yoga & Health in Massachusetts, this style blends physical, emotional, and spiritual exercises and aims at developing a student’s intuition and innate wisdom while helping to release physical and mental tensions. The Kripalu approach involves holding postures to the level of tolerance and beyond, so it may not be appropriate for people new to yoga or for those who have serious physical concerns.

This “field guide” is hardly an exhaustive list of all the Hatha yoga styles now being taught in the US, but it does cover many of the most popular ones you and your patients are likely to encounter. If a patient with medical conditions is expressing interest in yoga, encourage him or her to start with a gentler style, and make sure to follow-up and ask about some of the postures they are practicing as they get involved.

For patients who are already fit or physically active, yoga can complement their workouts, helping to create balance, strength and flexibility. For those in generally good health, but suffering from the aches and pains of aging and sedentary lifestyle, yoga is an excellent means of awakening the body and restoring natural movement. Along the way, your patients might find their way to better emotional and spiritual health as well!

Amber Lynn Vitse, CN, LMT, is an Ayurvedic practitioner, certified nutritionist, and massage therapist practicing in Knoxville, TN. She graduated from American Health Sciences University, Florida Vedic College, Alchemy Institute for the Healing Arts, and has years of education in Integrative Nutrition and Body Therapies. She is also the Director of Ayurveda Education for Nature’s Formulary, a US based supplier of Ayurvedic herbal medicines. Reach Amber at www.pranaayurveda.com, (865) 936-1545.