If Social Distancing is Key, Why Aren’t Our Leaders Role-Modeling It?

Watch a clip or look at a photo of Donald Trump at any of his recent COVID-19 press conferences.

There he is, flanked tightly by a phalanx of dutifully stone-faced cabinet members, advisors, and health experts—all within a sneeze of each other. All apparently unconcerned about catching or transmitting the very pathogen that is tanking the global economy and throwing turmoil into millions of peoples’ lives.

Right there among them, is Dr. Anthony Fauci, director of the National Institute of Allergy and Infectious Diseases. Fauci is one of the world’s leading immunologists and a key member of the White House Coronavirus Task Force. He’s been at the National Institutes of Health since the 70s, and he was a major player in the nation’s effort to contain HIV/AIDS.

In an administration decidedly light on science talent, Fauci’s an exception: the epitome of the well-credentialed, data-driven, public health official.

And yet, there he is, with the rest of the solemn authorities, packed like penguins, as the president stresses the need to flatten the curve. At 79, Fauci—like many of the officials—is in that high-risk “elder” bracket. You’d think he’d be keeping some distance. 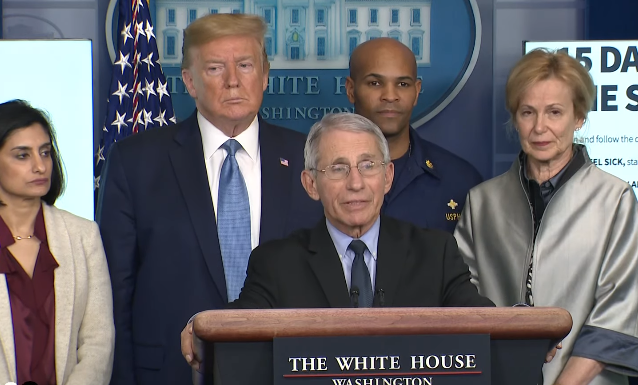 Then there’s Surgeon General Jerome Adams, the nation’s top medical officer, at a news briefing on March 10, saying that the US is two weeks away from pandemic, Italian-style—as chief economic advisor Larry Kudlow, Vice-President Mike Pence, and Coronavirus response coordinator Deborah Birx, MD, stand so close they could guess what Adams had for lunch.

This guy’s an anesthesiologist. He knows the realities of work in a hospital. His clinical colleagues all over the country, all over the globe, are risking their lives taking care of people with severe COVID-19. Doctors and nurses on the front lines are begging ordinary Americans to take this seriously, to eliminate non-essential social contact, and to do everything in our power to stave off the surging caseloads.

But this guy is on camera, in a huddle with other cabinet members.

If the nation’s leaders expect ordinary citizens to take social distancing recommendations seriously, they need to lead by example. They are not.

The president has stated that he “took the test” for COVID-19, that he’s negative, and all clean. For argument’s sake, let’s assume that this is true, and that all the other high-level officials in these photo ops have also been tested and cleared.

Are they unaware that the sensitivity of the real-time polymerase chain reaction test is around 70%? That means it potentially misses roughly 30% of all carriers. Chest CT improves the sensitivity to 98% (Ai, Tao; Yang, Zhenlu (26 February 2020). Radiology). But there are no reports indicating that the president or his cabinet members have undergone the imaging procedure.

Furthermore, Pence—who heads the Coronavirus Task Force, and iss often seen within droplet distance of his boss–freely admitted on March 16 that he has not been tested, and sees no reason why he should be. But he assured the anxious nation that he and his family are, “checking our temperature regularly every day.”

The previous week, he told CNN that he and Mr. Trump will continue to shake peoples’ hands in the course of their official duties.

So, we know that our nation’s second-in-command has no idea whether he’s carrying the virus, has no intention to find out, and feels no need to practice social distancing.

To be fair, this sort of “do as we say, not as we do” behavior is a bipartisan hypocrisy. 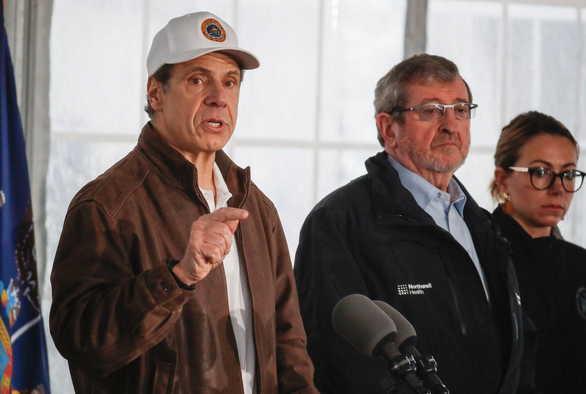 Consider New York Governor Andrew Cuomo—a Democrat who’s been widely praised for his proactivity on Coronavirus containment. On March 13, as he toured one of the state’s first drive-through COVID-19 testing centers in the quarantined town of New Rochelle, the governor was photographed in tight proximity with several other officials.

And Democratic presidential hopeful, Joe Biden, thought it was OK to hold rallies in Michigan on March 9—the eve of Super Tuesday II—well after “social-distancing” had already become a common phrase. Likewise, his opponent Bernie Sanders, continued his rallies in Michigan despite the risks.

Even if Biden, Sanders, and their immediate associates have tested negative for COVID-19, what about the thousands of supporters turning out for the rallies? 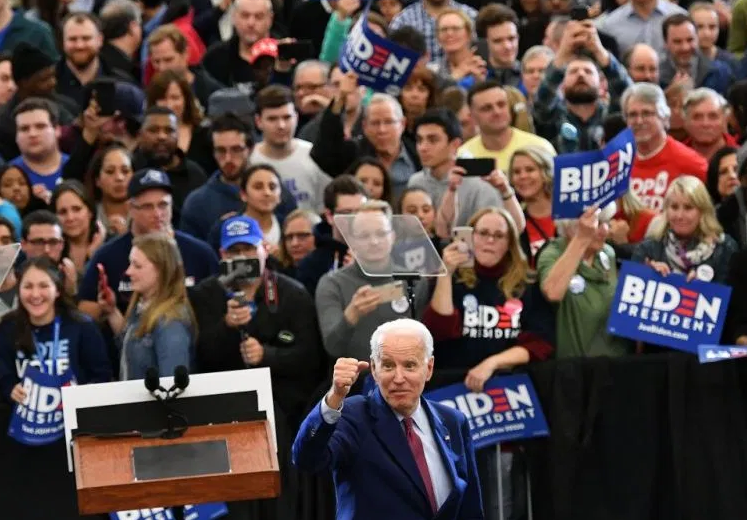 As of this writing, most of the nation’s major cities and many of its towns are in varying degree of lock-down. In some, like San Francisco, people have been ordered to “shelter in place.” In New York City most “non-essential” businesses are already closed or closing. Restaurants will be limited to take-out and delivery only. Museums, concert venues, theater stages are dark. Schools and universities are closed and parents—suddenly told to “work from home”—are wondering what to do with their kids.

International travel is a fraction of what it was last month. The stock market is dropping thousands of points every day, threatening the finances of millions of people. Small businesses are wondering if they’ll be able to survive the shutdowns, which could go on through the summer.

All of this follows from the social distancing measures promoted by officials who flagrantly refuse to practice it themselves. Leaders who seem to have forgotten that

There’s no question that limiting social contact mitigates the spread of this virus. The data from China are clear on this, just as the data from Italy show that ignoring the pathogen and hoping it will fade away quickly only perpetuates and exacerbates the spread.

Why, then, do our nation’s leaders fail time and again to demonstrate the sort of behavior they insist that we adopt?

Why aren’t Anthony Fauci and Jerome Adams insisting that all public officials put a safe 6-foot distance between themselves when making media appearances? Why aren’t the government press offices ensuring safe seat distances for reporters attending these events? 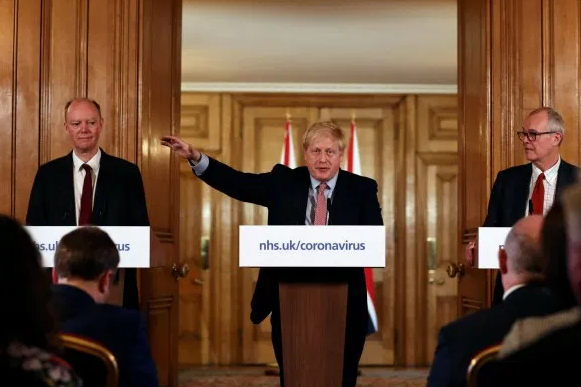 the public?  Are the “optics” that much more important than the actual health of the people in question?

Don’t our leaders know about the concept of leading by example?

In his recent COVID-19 press conference, as he mandated what amounts to long-term house arrest for anyone over 70, he at least showed his nation a bit of courtesy by keeping a safe several-meters’ distance between himself and his scientific advisors, thus modeling the social distancing which he—like all of the world’s leaders—wish to implement as the new norm.

US leaders—including the nation’s top health officials–ought to be ashamed of themselves for the ways in which they repeatedly ignore and defy the very measures which they insist we, as citizens, must accept.

But they are not ashamed.

Sadly, shamelessness has become a prerequisite for success in American politics.